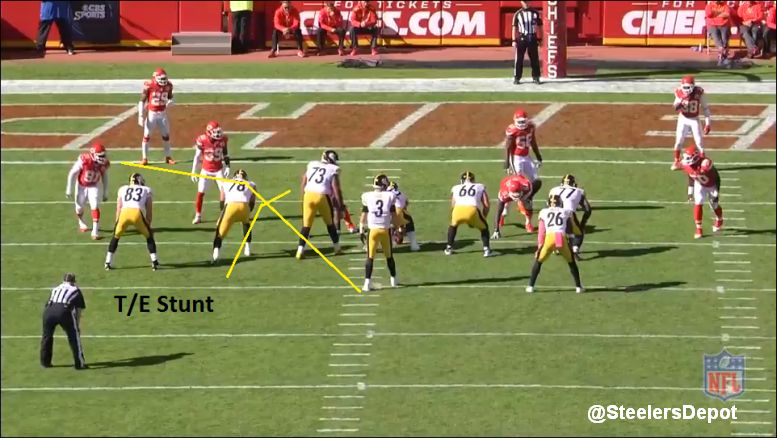 We’re back breaking down the two sacks allowed by the Pittsburgh Steelers in their 23-13 Week Seven loss to the Kansas City Chiefs.

1. 3rd and 7, 10:59 4th. 11 personnel. Five blocking a four man rush. Simple tackle/end, or “X”, stunt from the defensive tackle and the outside linebacker. Dontari Poe crashes while Tamba Hali loops inside. Simple enough and something we’ve seen before.

It is always a little difficult to know who is at fault on stunts. I’ve often given each lineman half the blame. With the verbalization and recognition paramount that goes into passing off stunts, and me obviously being unable to decipher that information from mom’s basement, there is an element of guessing more than I would like to have.

But here, there is one clear issue. Alejandro Villanueva and Ramon Foster fail to stay on the same level. That is crucial in stunt pickup. Because of this, Foster can’t adaquetly pass off Poe to Villanueva. Poe winds up just ramming into the left tackle’s shoulder, and Villy isn’t able to switch off. Foster has to engage until Villy latches on, making Foster unable to slide laterally to pick up the looping Hali. By the time Foster comes off, it’s too late and Hali brings down Landry Jones. 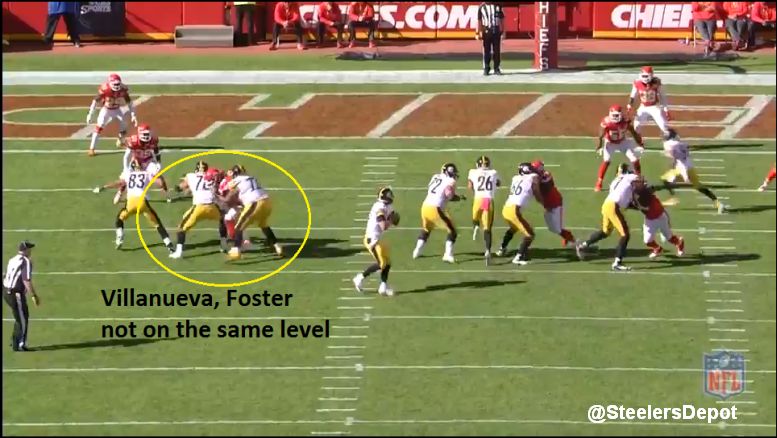 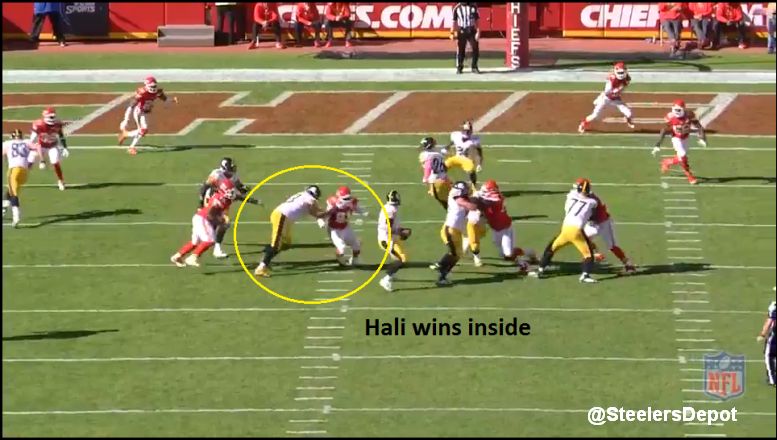 I’m more willing to put the issue on Villanueva, making his first career start, over the veteran Foster. And based on what I’ve seen from previous tape, Villanueva simply isn’t getting deep enough in his pass set. That is the core issues of the sack and why the blame, as much as it may not look like it the first time through, falls on him.

2. 1st and 10, 2:11 4th. 11 personnel. Six blocking a four man rush. Again, Steelers have one to two more blockers and allow another sack. This one is really easy to break down. Tough spot for Villanueva to defend the wide technique of Hali in an obvious passing situation but it’s poor technique here. Doubles over on his punch, generating no power and letting Hali win with ease. Pictures are worth a thousand words, as they say. Here they are from the coaches’ tape and the broadcast replay. 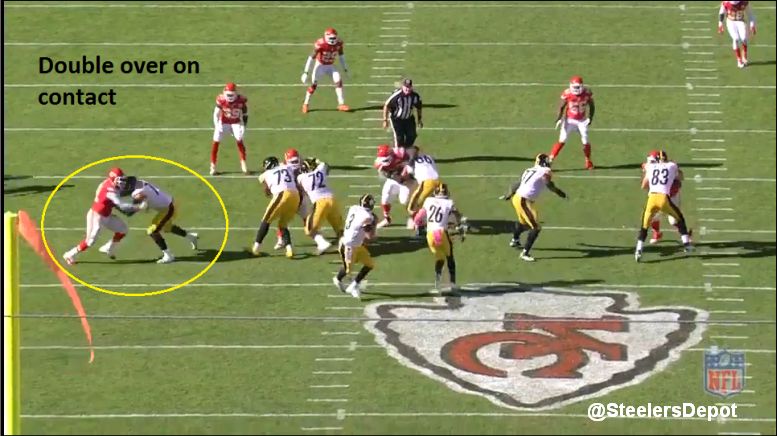 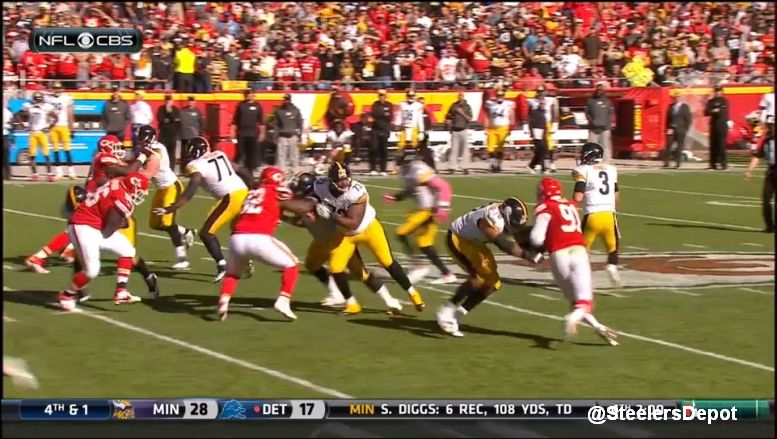 I admire Landry Jones for taking the blame in his post-game press conference but it isn’t on him. He’s taking a five step drop out of the pistol, landing ten yards behind the line of scrimmage. Offensive lineman know what the drop is so they can adjust how they protect the QB. With that deep of a drop, Villanueva can’t let Hali win the edge. The concept are three vertical routes downfield, which need time to develop. Time Jones isn’t afforded. The blame again falls on #78. 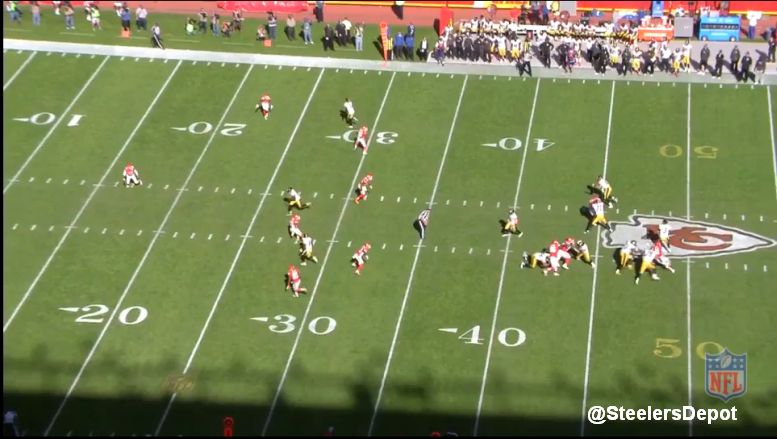