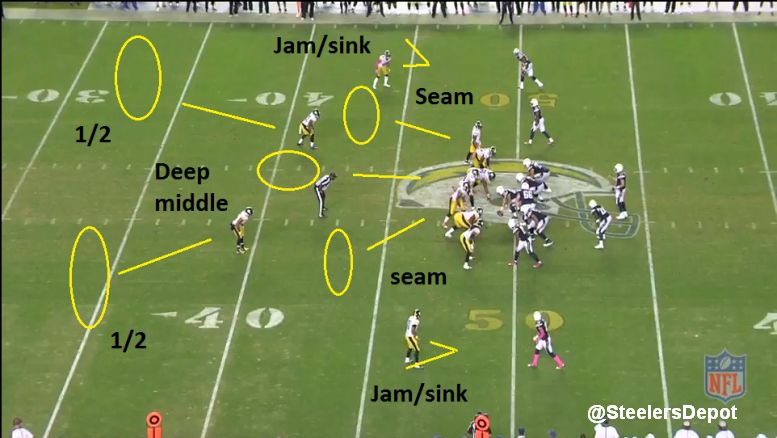 If you follow the site, you know I love breaking down using Dick LeBeau’s playbook and applying it to this current Keith Butler defense. We’ll do that again today with Butler/LeBeau’s Bluff Stack Tear Coverage.

The basic principle behind the coverage is a blitz-heavy pre-snap look before bluffing and bailing into a Cover 2 look. Give the quarterback a different look than he’s expecting.

This is from LeBeau’s 2002 playbook, drawing it up out of his base 4-3 defense. In the example I’ll show from Monday night, the Steelers are running it out of their 2-4-5 nickel personnel. Here, we want to “sugar” the line, making it look like a blitz, with the inside linebackers and safeties on the line of scrimmage. 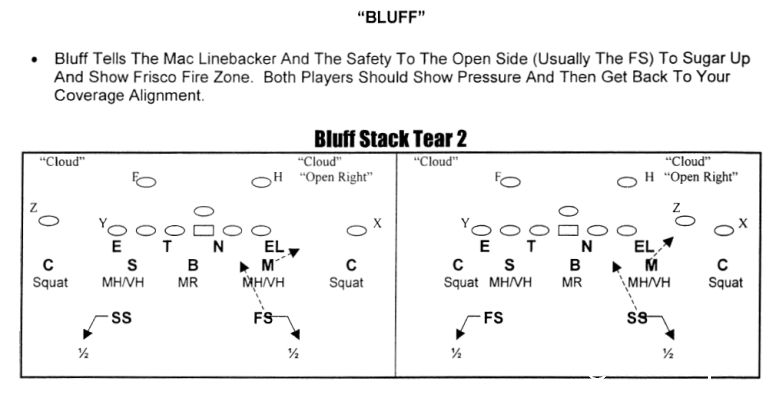 It’s what we see here in the fourth quarter with Lawrence Timmons and Vince Williams sugaring the A gaps and Robert Golden on the end of the line. 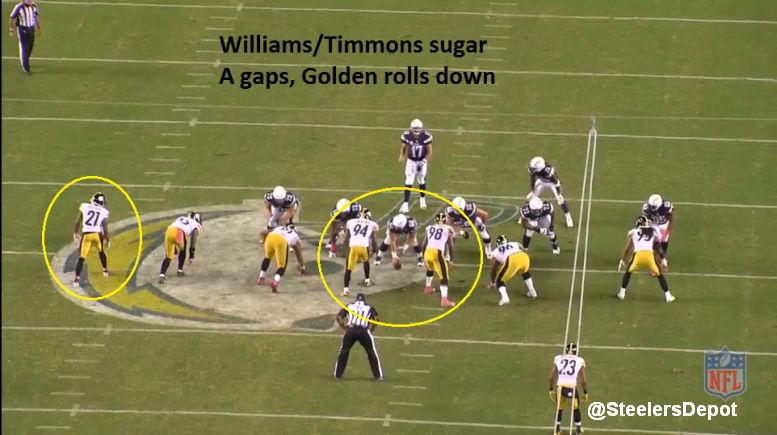 Post-snap, it turns into a Cover 2 shell. Instead of a blitz, the Steelers rush four and drop seven into coverage. Golden doesn’t drop into the deep half like shown in LeBeau’s playbook – instead, that goes to nickel corner William Gay, who acts as the deep half safety opposite Mike Mitchell.

The cornerbacks are rerouting and playing the flats. Timmons opens up to the field (Cover/Tampa 2 principles) while Golden and Williams are the hook defenders. 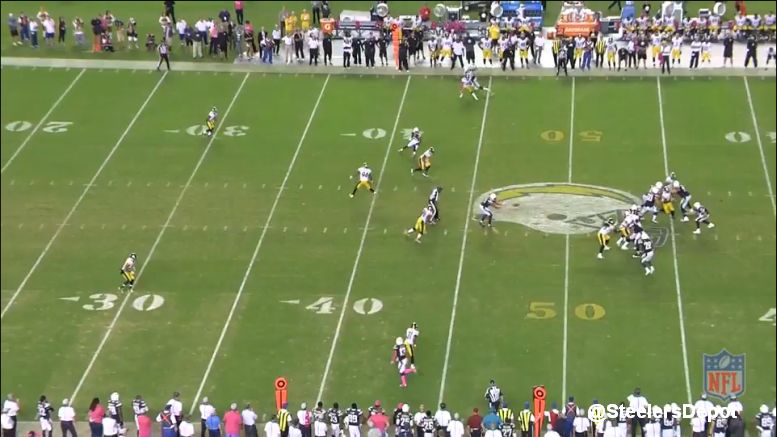 With no immediate option available for Philip Rivers has to checkdown to Antonio Gates. It’s still a nine yard gain, though that’s partially because Williams got stuck on the referee, but a surefire way to keep everything in front of you as a defense. If the ref didn’t box out Williams, it’s probably an immediate tackle and puts the Chargers in a 3rd and 5, a prime chance for the defense to get off the field.