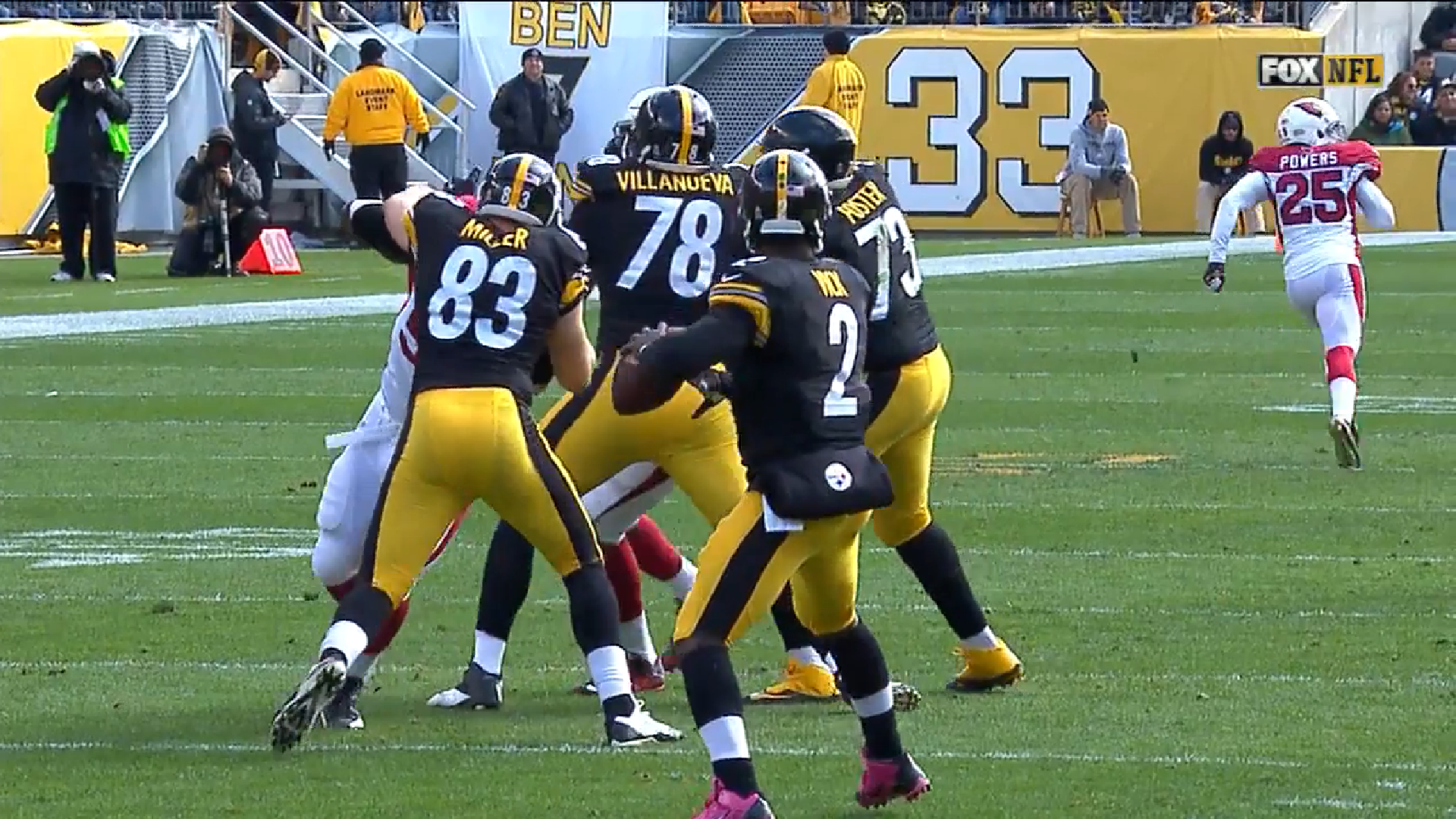 While the Pittsburgh Steelers secured an improbably victory yesterday afternoon by virtue of topping the Cardinals by a score of 25-13, the win also came with a significant loss, as starting left tackle Kelvin Beachum was lost for the remainder of the 2015 season with a torn ACL.

That means that whenever Ben Roethlisberger returns, whether it is this week or in one of the next few games, he will have a new blindside protector that he has never played with before in the form of first-year tackle Alejandro Villanueva.

There can be no minimizing the significance of the loss of Beachum to Roethlisberger, and to this offense, as the former seventh-round draft pick had made great strides in the past two seasons to become among the more underrated linemen, specifically tackles, around the league with his technically sound pass protection.

There is nothing to be done with that situation for this year, however, and so we return to Villanueva, who has about as good a story as you will find in the NFL this season. An Army Ranger and decorated war hero, the now 27-year-old spent his collegiate career bouncing around positions ranging from defensive end to wide receiver.

Brought into the fold for the Army Black Knights as a tight end, he spent his sophomore and junior years settling down at left tackle before he was converted to wide receiver in his senior year.

This move was made in spite of the fact that the team had an array of personnel issues along the offensive line, which suggests that they did not highly value his abilities there, and his later undrafted status confirmed as much for a player who is such a natural physical specimen at 6’9”.

After three failed attempts to make a 53-man roster, and three tours of duty overseas, Villanueva is now a starting left tackle for a championship-caliber team as a first-year 27-year-old lineman, just a year after failing to become a defensive lineman in the NFL.

The fact that the Steelers would even consider trusting him with the position does speak to the significant growth that he has made since his college days, of course. Hall of Fame offensive lineman Mike Munchak has done wonders for his development, as has former Steelers Pro Bowl tackle Tunch Ilkin, who has worked with the linemen.

Villanueva will be asked to hold on for the rest of the ride, with the ride being the 2015 season, as he seizes the latest in a string of opportunities that has taken him this far, and I would be lying if I said I wasn’t extremely intrigued to watch how he fares.

He did see extensive playing time yesterday and fared well in pass protection, which is most critical for this team, but it must be noted that the Cardinals’ pass rush is not an ideal litmus test. Going up against Justin Houston will be a much better, and more frightening, barometer.

Villanueva is going to have growing pains as he embarks on this journey, but he is a man who has made a living off of stepping up to and meeting challenges head on. The Steelers have no other choice, and neither does he.