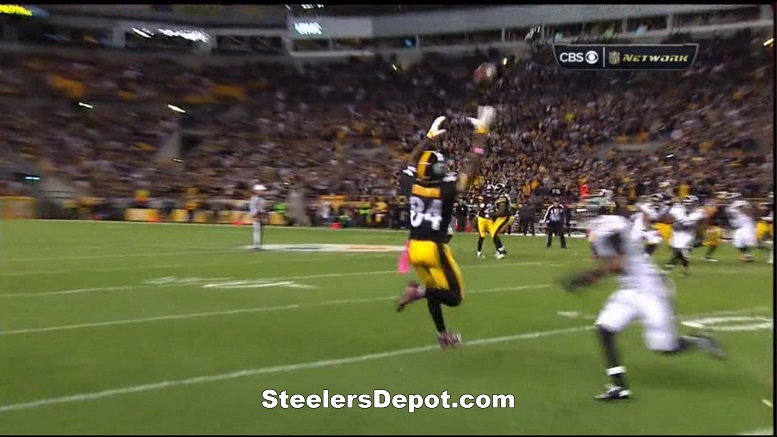 Did you have a problem with the Pittsburgh Steelers 4th and 1 play call with 9:45 left in overtime of Thursday night’s game against the Baltimore Ravens? If so, you might take some solace in the fact that Steelers quarterback Ben Roethlisberger didn’t necessarily believe it was the right call for backup Mike Vick, either.

During a Tuesday morning interview on 93.7 The Fan, Roethlisberger discussed the conversation that took place on the Steelers sideline prior to Vick’s 4th down incomplete pass to the right side to wide receiver Antonio Brown.

“The only tough part that we talked about, and we had a long discussion before the second fourth down, was that it’s a tough throw to Mike’s right,” said Roethlisberger. “Coaches asked Mike if we felt like it was an okay play to run that way, and to Mike’s credit, he had never practiced it to the right, so we asked him to do something he had never done before and that’s not fair to put on him, but he felt comfortable making the play. We felt comfortable he could make the play and I know that he said he wished he could have that throw back because he knows he could make it.”

Remember, Vick is left-handed and that’s what made the decision for him to throw to the right side with the game on the line so curious. On the play in question, Brown, who was the only wide receiver on the field, motioned from left to right pre snap. He then ran a five-yard out to the right sideline and while he did have the separation needed to make the catch for a first down, Vick’s throw sailed high and to the right of him. The Steelers subsequently turned the ball over on downs and the ravens went on to drive for their game-winning field goal.

Earlier this week, Brown talked about how he and Vick aren’t quite yet in concert together.

“I think (Mike Vick’s passes) just come out a little bit later than Ben’s,” Brown said, via the Pittsburgh Post-Gazette. “I don’t think Mike Vick has yet adjusted to the timing of how we run things. His balls come out later in the routes, at the top of your route. You just have to get the timing down and make sure we’re on the same page.”

Vick only had a few days to prepare for the game against the Ravens and the hope is that he’ll be more in tune with the offense and his receivers Monday night against the San Diego Chargers.

“I was generally pleased with the performance of Mike Vick,” head coach Mike Tomlin said Tuesday during his weekly press conference “I am excited about having a full week’s physical preparation with him, in-helmet perspective practice, full-speed practice, and I think he is only going to get better in terms of managing our offense and doing what is required for us to win in that area.”