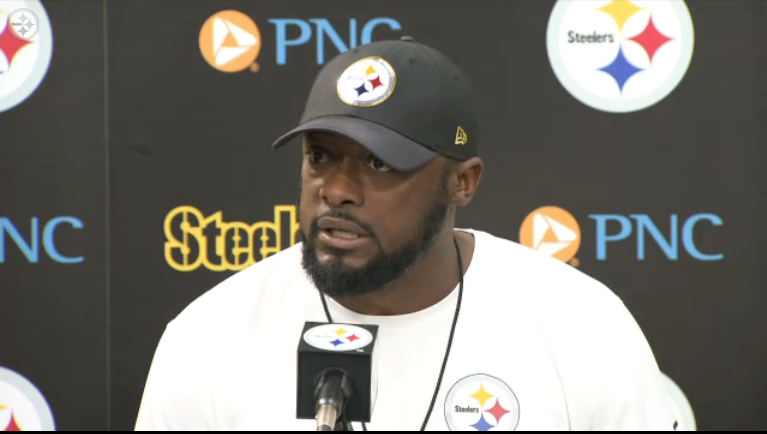 That’s what football comes down to, right?

It’s those types of fundamentals that often decide whether you win or lose. The Pittsburgh Steelers have had a little trouble with that second part, the tackling, and it reared its ugly head Sunday. They missed 20 tackles Sunday, according to our own Jon Ledyard’s count. Mike Tomlin was asked how the team can cut down on the misses.

“We drill it. We’ve drilled it but we’re going to continue to drill it.”

Tomlin then made the larger point of not forgetting fundamentals as the season wears on.

“The one thing you don’t want to do as you push into the season and you get into the thick of this thing, you’re talking about opportunities such as this one this week, to move away from the fundamentals that we’ve ridden to this point. We need to be a team whose arrow is continually pointed up. In order for that to occur, we need to continually be getting better in that area.

The Steelers’ tackling will have to improve Sunday if they want to beat the Cincinnati Bengals and their high-powered offense. The Bengals rank third in points scored and total offense while committing the fifth-least turnovers.