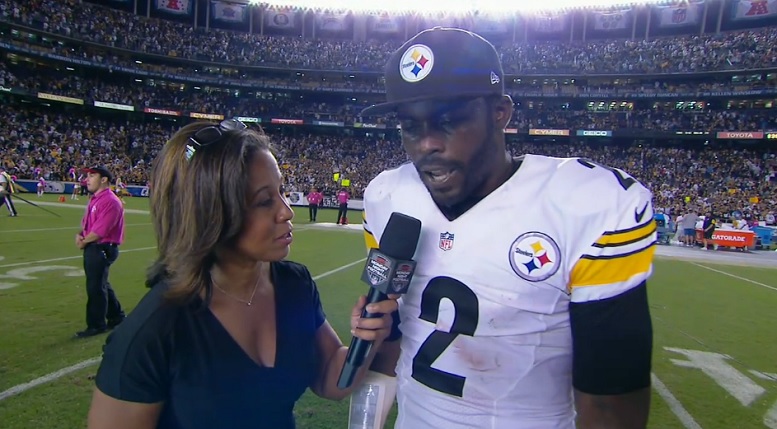 If Ben Roethlisberger is unable to suit up this weekend, the Pittsburgh Steelers will likely have to look to someone other than Mike Vick to backup Landry Jones.

Vick is suffering from a slight tear in his hamstring and thinks he’ll miss at least one week, per the NFL Network’s Aditi Kinkhabwala.

Talked to Mike Vick. Showed me pic of tiny tear/strain in hamstring. Said he'll test in two days but would guess he's at least a week away

As her tweet indicates, Vick is leaving the door cracked for him being able to participate. But it would seem tough for any quarterback to play so soon after suffering a hamstring injury, much less one who is at his best when he’s on the move.

If he nor Ben can go against the Kansas City Chiefs, the team will either have to promote Tyler Murphy from the practice squad or sign a veteran to serve as a one to two week fill-in. There is a real possibility Vick is either cut or sent to injured reserve. If it’s the latter, he would become the 13th Steeler on IR, not even including players like Garrett Hartley who were eventually released from the list.