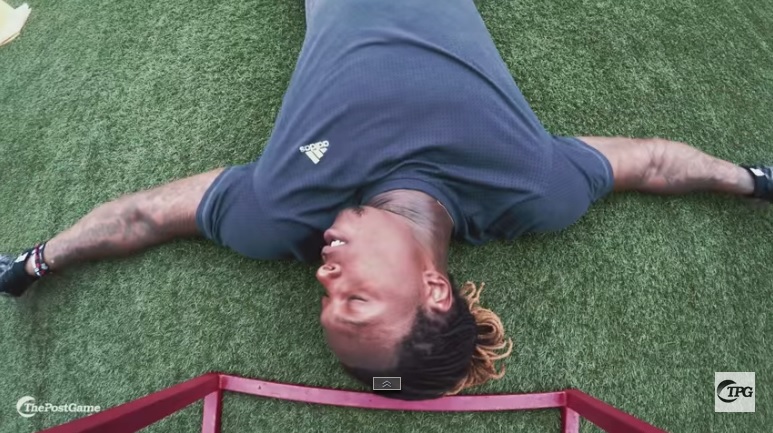 While Bryant doesn’t have to be listed on the Steelers injury report this week because he’s yet to be activated back to the 53 man roster after serving his four-game suspension for violating the league’s substance abuse policy, it’s clear now that he hasn’t practiced fully, if any, since Monday.

Quarterback Mike Vick said Friday that he’s unsure whether or not Bryant will play Monday night.

Vick unsure about Bryant for SD game. "Getting a little concerned," Vick said. "Just gotta keep the faith, hopefully he'll get himself back"

Getting a little concerned,” Vick said, according to Mike Prisuta. “Just gotta keep the faith, hopefully he’ll get himself back.”

Vick went on to say that he hasn’t worked with Bryant since Monday. While the two did have some chemistry together during the preseason, it’s hard to imagine that Bryant will be allowed to play against the Chargers after failing to practice this late in the week.

Bryant is obviously suffering from some sort of soft tissue injury and that’s probably not too surprising being as he was away from the team during his suspension. While Bryant was able to train while at a Houston based counseling and treatment center for three weeks, it likely wasn’t the same as him being back in Pittsburgh at the Steelers facility.

The Steelers are expected to activate Bryant back to their 53 man roster late on Monday, but at this point, it’s looking like he could very well wind up being one of the team’s seven inactive players later that evening.

As I wrote a few weeks ago, Bryant shouldn’t have been considered a lock to play in Week 5. If he does sit out this week, hopefully he can have himself ready for the Steelers Week 6 home game against the Arizona Cardinals.