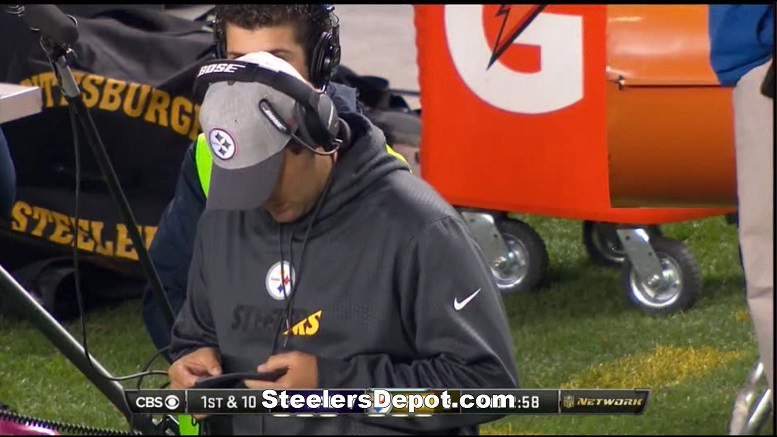 Pittsburgh Steelers quarterback Ben Roethlisberger sat out Thursday night’s game against the Baltimore Ravens with a sprained left MCL but the veteran signal caller still managed to get quite a bit of camera time during the contest just the same. In fact, he was the center of a minor controversy after the game was over.

Hours after the Steelers loss in overtime to the Ravens, social media became inundated with still shots from the television broadcast of the game that purportedly showed Roethlisberger texting on a cell phone while on the Steelers sideline.

While such an action would’ve been against the rules if it were true, the league cleared Roethlisberger of any wrong doing on Friday as the quarterback wasn’t even holding a cellphone.

Per a league statement on the matter: “Our on-site representatives looked into the matter and confirmed Roethlisberger was holding a black armband with a clear cover that contained the Steelers play sheet. It was not a cell phone.”

You can clearly tell in the gif below that Roethlisberger is looking at his black armband complete with a shiny plastic cover. It looks like the television police missed badly on this one.

Roethlisberger is likely to miss at least two more games with his MCL injury that he suffered just over a week ago against the St. Louis Rams. He has been able to discard his crutches already and that’s a good sign. Initial speculation was that he would miss four to six weeks.