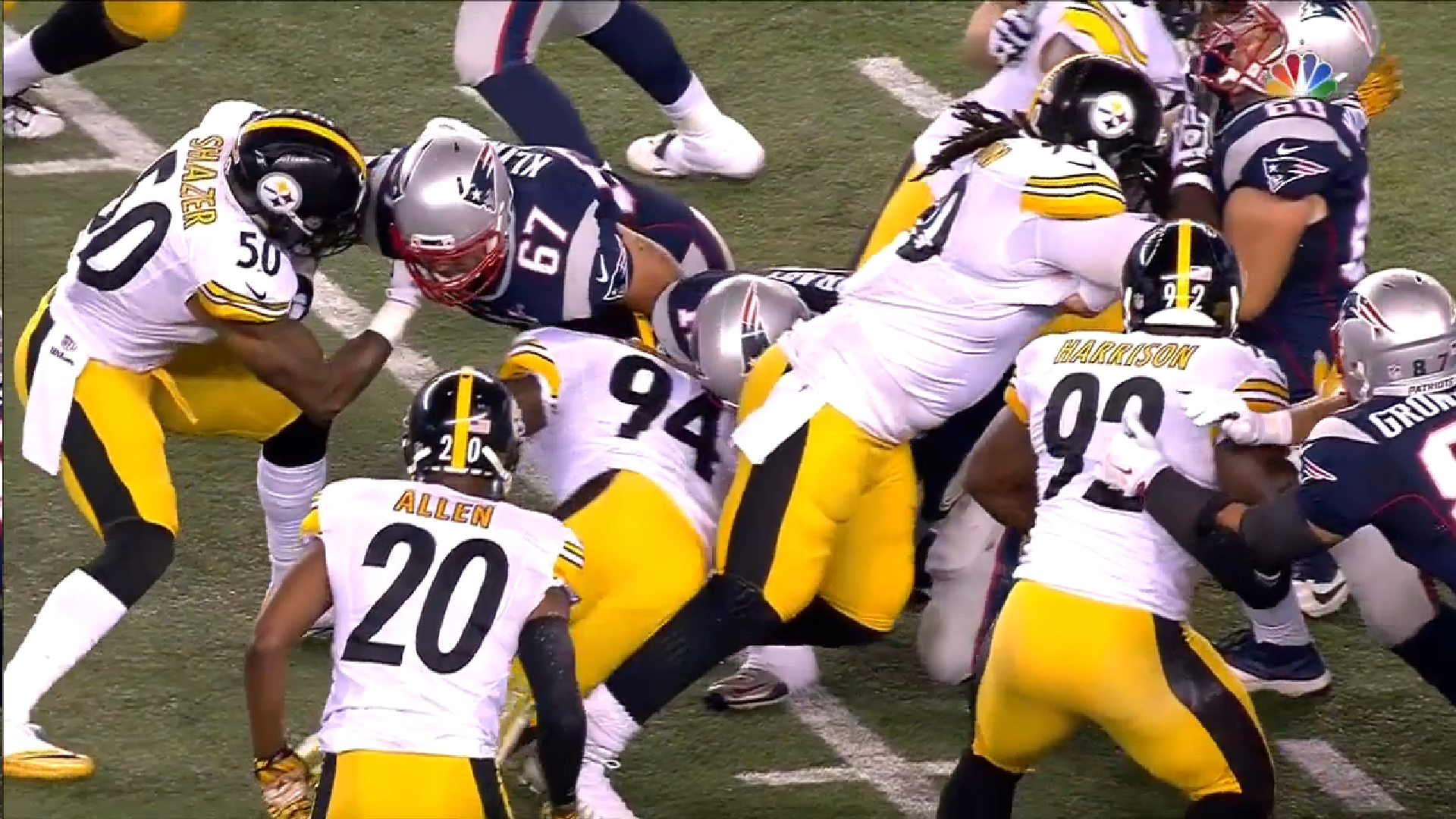 While the Pittsburgh Steelers defense has been giving up yards by the bunches through the air, ranking solidly in the bottom third among teams in terms of total yards allowed per game as well as yards per pass attempt, there has been a different story unfolding when it comes to the running game.

Through the first six games of the season, the Steelers are allowing 93.3 yards on the ground per game. That ranks as the seventh-best mark in the league, within 6.1 yards per game of fourth place.

It is true that the Steelers also ranked high in this category on defense last season, but this time, it is no illusion. In 2014, the defense gave up around 4.3 yards per carry on the ground over the course of the season.

This year, Pittsburgh is giving up ground at just 3.7 yards per clip, a total that stands as the 11th-best mark in the league, where the Falcons rest in fourth place giving up 3.6 yards per carry, to emphasize the hair’s breadth difference separating the teams on this particular item.

The point is not the rank, however, but rather the figure itself, because 3.7 yards per carry is an excellent mark on the ground for a defense in any era of football. When former Steelers defensive coordinator Dick LeBeau used to speak about his goals, he would say that he would like to hold defenses to 5.7 yards per pass, 4.7 yards per play, and 3.7 yards per run.

They are right on the run mark, though they are far away on the passing mark. But considering there is just one team in the league under that mark at the moment, and they have Darrelle Revis, it may not be too concerning. In fact, only eight teams league-wide are giving up less than seven yards per pass attempt.

In light of these statistics, it’s interesting how significant an outlier the Ravens game is, when the Steelers allowed Justin Forsett to put 150 yards on them, albeit in an overtime game. It was the only game this season in which Pittsburgh did not feature the leading rusher of either team.

Against Baltimore, the Steelers gave up a total of 191 yards rushing on 39 runs, averaging 4.9 yards per rush. Those numbers vastly inflate the team’s season total figure, so it’s worth taking a look at how they have performed outside of that one game.

On the season, opponents have rushed the ball 151 times for 560 yards, with the aforementioned 93.3 yards per game at 3.7 yards per clip. Removing the Ravens’ totals from that figure reveals a borderline-dominant showing.

In the other five games, Steelers opponents have rushed the ball 112 times, for a total of 369 yards. That averages out to 73.8 rushing yards per game, a drop of nearly 20 yards. Equally as stark, the Steelers average just 3.3 yards per rush on the ground in those games, .4 yards per rush less.

When Keith Butler took over for LeBeau this season at defensive coordinator, he reaffirmed a belief in the necessity to stop the run in order to get the opposing offense into a passing mode, making them one-dimensional and prone to mistakes. As a result, they have posted 17 sacks with nine turnovers, allowing 18 points per game en route to a 4-2 record, half of that coming without their franchise quarterback.