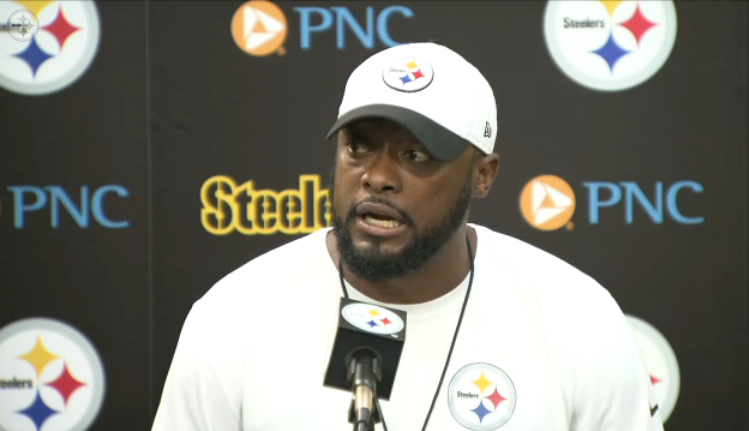 If you watched and listened to ESPN’s College GameDay Saturday morning, you probably heard the Pittsburgh Steelers mentioned during the broadcast. Why? Because analyst Desmond Howard said he believes Steelers head coach Mike Tomlin would be an ideal candidate for the now-vacant USC head coaching position.

“I think they [USC] need to go to the NFL, I think they need to go to a coach who’d bring some respectability and some integrity,” said Howard. “And I think I’d make a run at Steelers coach Mike Tomlin. He’s a guy who’s well-respected and he’d bring integrity back to that program and he’s coached at the highest level.”

While that all sounds fine and good in theory, and especially when tossing darts at a board while blindfolded, we all know that Tomlin’s not on the hot seat in Pittsburgh and that he likely has no interest in returning to the college ranks just yet. The same goes for St. Louis Rams head coach Jeff Fisher, who Lee Corso suggested as a candidate for the open USC job Saturday morning.

Like most of us, fellow analyst Kirk Herbstreit is skeptical that USC would be able to hire Tomlin away from the Steelers.

“That sounds good, but who’s going to leave the NFL to coach at USC?” Herbstreit asked.

Tomlin, who signed a two-year contract extension with the Steelers in July, is currently one of the NFL’s longest-tenured head coaches. His new deal, which runs through the 2018 season, also made him one of the top five highest-paid coaches in the NFL. Tomlin last coached at the college level in 2000 with Cincinnati. He was in charge of coaching the defensive backs during the two years that he was there. Prior to that job, Tomlin coached at Arkansas State, Memphis and the Virginia Military Institute.

USC parted ways with Steve Sarkisian this past week.