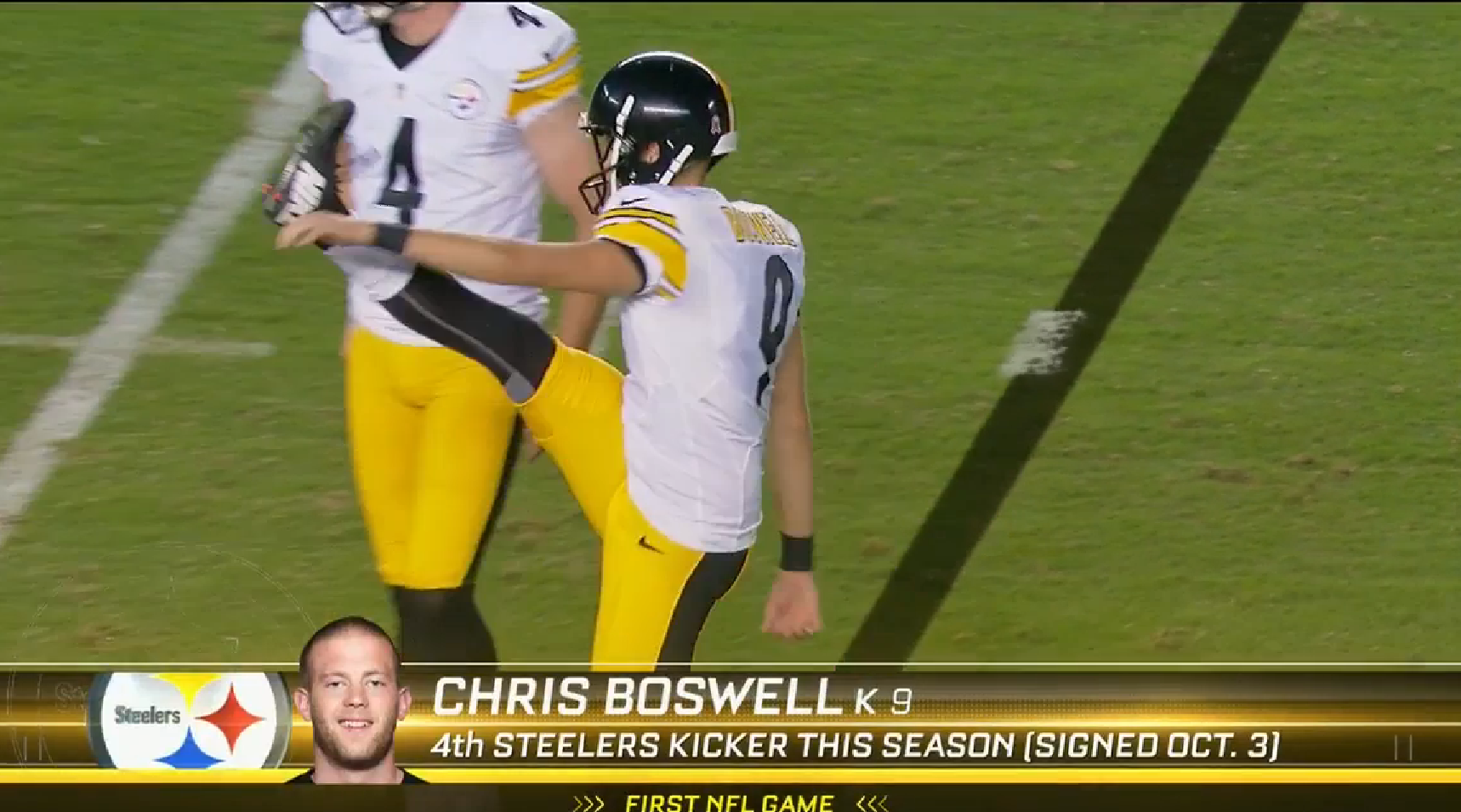 The Pittsburgh Steelers officially waived kicker Garrett Hartley from injured reserve yesterday after he suffered a significant hamstring injury late in the preseason, a couple of weeks into his tenure as the replacement for Shaun Suisham, the team’s kicker for the last several seasons who tore his ACL in the Hall of Fame game.

That means, following the release of Josh Scobee in the wake of the Thursday night loss to the Ravens, that the Steelers have just two kickers now in the organization. The one that is actually doing the kicking, Chris Boswell, made his NFL debut Monday night, and he certainly looked the part.

On the night, Boswell registered three touchbacks on four kickoffs. The one that was returned reached the 26-yard line after being fielded about seven-yards deep in the end zone, but it should have been stopped well short of the 20-yard line if not for a missed tackle that one would expect to be made.

The first-year kicker scored six points on the night, notching three extra points following a trio of second-half touchdowns, but his were the only points on the board leading into halftime, calmly and coolly booting a 47-yarder through the uprights late in the first half as Mike Tomlin breathed a sigh of relief on the sideline.

In spite of the broadcast describing an anxious young man whose kicks were inconsistent during pre-game warm ups in anticipation of the first game in his career, however, he showed none of that nervousness on his kick. 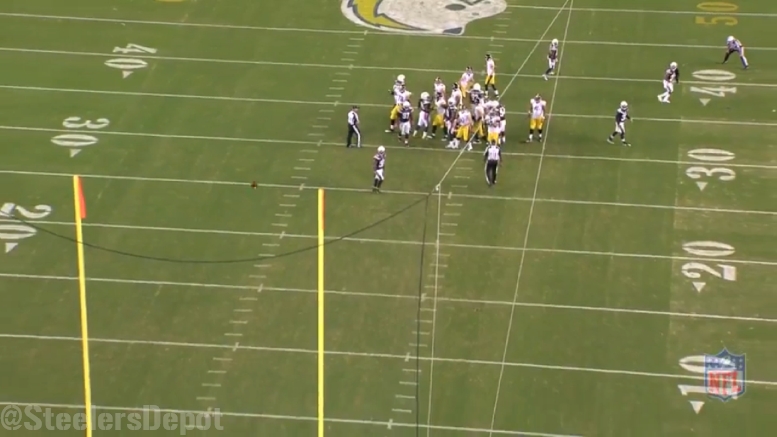 Tomlin spoke of Boswell’s demeanor in his workout when the Steelers brought him in to compete with two veteran kickers for the vacant position, and added that he had done nothing to dissuade him off of his initial impression of the young man in the week-plus that had followed from that first meeting.

It’s far too early to say anything meaningful, but from Tomlin’s words, and in the confidence that he showed in his own performance, the hope seems reasonable that he has the appropriate mentality for the job—a job that, quite frankly, the Steelers can’t afford to fill yet again in 2015.

Boswell is the Steelers’ man for the rest of the season, for better or for worse. For now, it’s better. Who knows how next Sunday will go. After all, Scobee, a former Pro Bowl performer, missed four of his first 10 kicks, as well as an extra point attempt, during his four-game stint with Pittsburgh.

He has the leg, that much is obvious. Perhaps he has the demeanor. And he also has the partner in crime, in Berry, who’s shared a similar experience of catching on with a team a year after losing out in training camp the year before, wondering if he would ever be given a chance in the NFL.