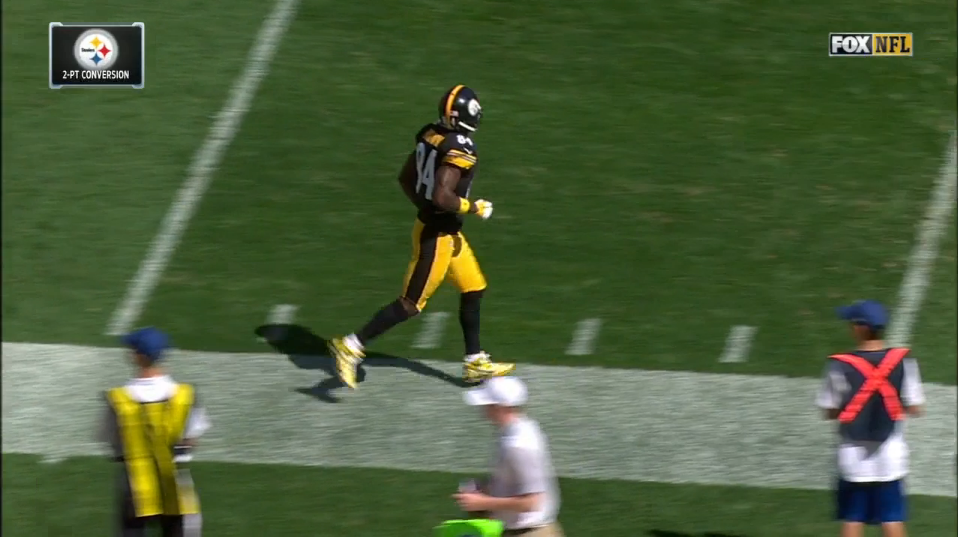 They may not be your favorite but Pro Football Focus is the best place for league-wide grading. They unveiled their quarterly All-Pro team and one Pittsburgh Steeler made the starting lineup. As you could have guessed, it’s Antonio Brown, paired with Julio Jones as the outside receivers.

Through four games, despite one with Mike Vick, Brown has racked up 34 receptions for 478 yards and two touchdowns. He is tied with Jones for the league-lead in yards.

Roethlisberger is no shock and Mitchell has honestly played well. Blake is being graded for special teams work, not defensively. It’s nice to see, and frankly, a little surprising to see Foster’s name up there with the likes or Marshal Yanda. Based on my breakdowns, Foster has allowed two sacks and one penalty, not sterling numbers that would consider him a top five guard.