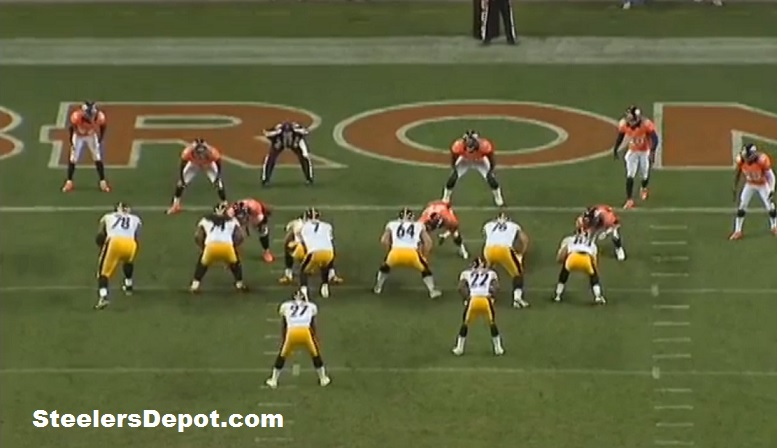 Now that Pittsburgh Steelers running back Le’Veon Bell has returned from his two-game suspension, offensive coordinator Todd Haley has to be grinning from ear to ear. Now, not only does he have a dynamic, all-purpose running back Bell, he has two of them as veteran DeAngelo Williams really has the same kind of skill sets.

While Bell isn’t expected to be used sparingly in his first game back Sunday against the St. Louis Rams, it doesn’t necessarily mean that Williams can’t see the field at the same time. Yes, I’m talking about the possible limited use of a pony backfield moving forward.

While we haven’t seen Haley utilize a pony backfield much during his time as the Steelers offensive coordinator, he has used it. In fact, in his first game as the Steelers play caller back in Week 1 of the 2012 season, we saw Haley use Jonathan Dwyer and Chris Rainey together in the same backfield a few times against the Denver Broncos. One such play in that game is forever etched in my mind and while neither running back touched the ball during it, it resulted in a touchdown to tight end Heath Miller thanks to Dwyer and Rainey creating additional space in the middle of the field by them each flaring out to opposite sides. The gifs of that play are below.

Now, I don’t need to tell you that the combination of Bell and Williams is much better than the Dwyer-Rainey pairing as the former duo are accomplished pass catchers who can line up outside as receivers. Oh, Bell and Williams are also better running backs, but you already knew that.

Imagine this. Bell and Williams both line up in the backfield together and the Rams use their base defense and stack the box in order to defend it. Quarterback Ben Roethlisberger sees this and audibles for Bell to split out wide in order to match him up against a linebacker or safety. In fact, the Steelers could even run a modified version of their run/pass option play in such an instance that one would think would be incredibly tough to defend.

So, will we see Bell and Williams lined up together Sunday in the Steelers backfield? I’m not sure, but if I’m Haley, it would be worth it to pull either Miller or wide receiver Darrius Heyward-Bey off of the field a few extra times in order to use a pony backfield package. In doing so, it will also give future opponents something else that they’ll have to game plan for.