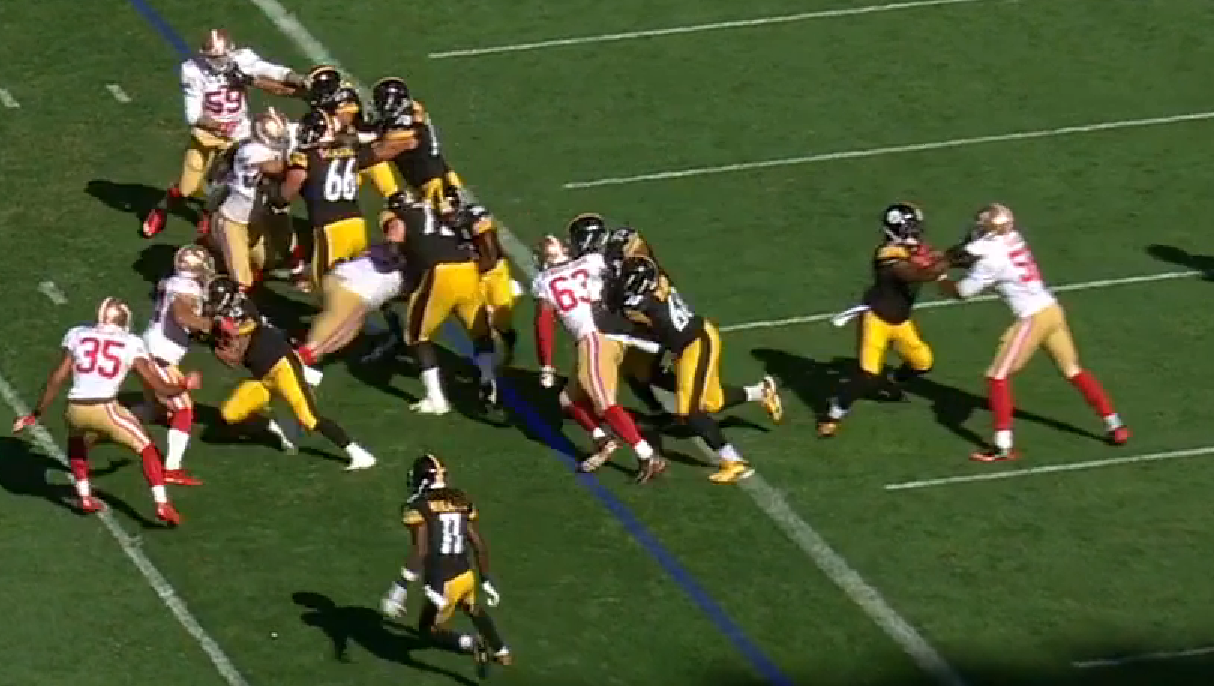 The Pittsburgh Steelers have played two games this season, totaling 130 offensive snaps. Fourth-year fullback/tight end Will Johnson has been on the field for 15 of them, including only five snaps on Sunday against the 49ers, of which four came on the last possession of the game, consisting of three kneel downs.

I’m not saying that Johnson should be worrying about his job security, but I can’t find anything to dispute my belief that restricted free agent tenders become guaranteed during the regular season, as they are not vested veterans, having only three accrued seasons.

Johnson started the last game in a three-tight end set, successfully blocking his man, at the 15:00 mark in the first quarter. His next snap came at the 2:35 mark of the fourth quarter. Fullback Roosevelt Nix came onto the field on second down and was targeted with the first pass of the game, though it was negated by a penalty.

Nix, in fact, logged more time on offense in this game than did Johnson. Nix played eight snaps, including the four final plays that Johnson also saw. The first-year fullback has seemingly been endearing himself to the coaching staff, as he has been successful on his blocking attempts so far, and has already recorded two tackles on special teams, blowing up a blocker on a third kickoff that was returned.

To Johnson’s credit, he is a core special teams player, and logs more time there than does Nix—the latter was mysteriously absent from kick coverage units in the first quarter—in spite of the fact that head coach Mike Tomlin used the same phrase to describe Nix as he made the roster.

As for Johnson, it is naturally difficult for him to get snaps, as the Steelers primarily use three wide receivers, but he is now losing his snaps in the rare occasions that the team uses a fullback, as he seems to be near-exclusively a tight end now.

As long as Nix remains on the roster, that is, but he has not done anything to suggest that he deserves to be waived. He has carried out his assignments when on offense, and he has produced on special teams, which more than justifies not only his roster spot, but his helmet on game day.

Still, it seems odd to have both on the roster, as least while considering their work on offense. If this pace continues, Johnson will log just 120 snaps this season, which would be a career-low by a good fifty-plus snaps.

Nix, meanwhile, has shown signs of perhaps being worked even more into the offense, and has a cheaper contract. Johnson is likely too valuable to the team on special teams, and is essentially the third tight end over rookie Jesse James, but the situation is a curious one all the same.