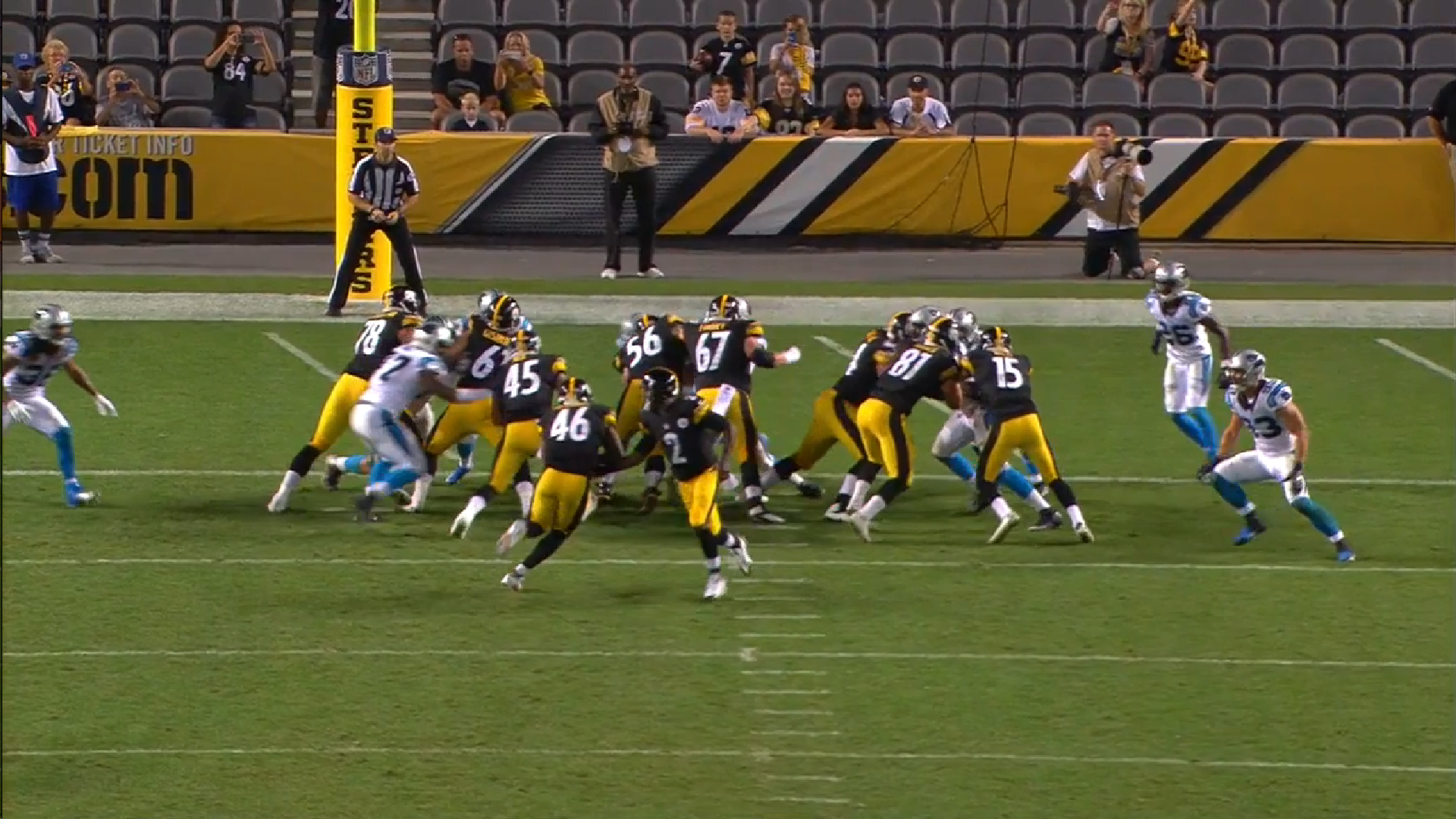 With the Pittsburgh Steelers’ decision to release both Josh Harris and Jawon Chisholm, the team currently has only DeAngelo Williams and Dri Archer as running backs on the 53-man roster.

It is notable, however, that they kept two players that they list as fullbacks in Will Johnson and, perhaps the biggest surprise on the roster, Roosevelt Nix, a first-year former linebacker.

While Roosevelt, the 6’0”, 260-pounder, is a truer fullback in terms of body type, style, and athleticism, however, Johnson is a far more versatile player, which head coach Mike Tomlin touched on in his pre-game press conference yesterday, describing him as “multiple”.

And he has indeed been multiple. In fact, over the course of the past three years, including this preseason, Johnson has been increasingly lining up in-line as a tight end, rather than a fullback, perhaps as a way to put him in more opportunities to make use of his athleticism.

While not the norm, the Steelers have on occasion seen fit to give Johnson the ball, as evident at the end of the team’s final preseason game, rushing four times for eight yards in what may or may not have been an attempt to see how he looks carrying the football.

The situation, of course, that the Steelers are in involves a temporary lack of depth at the running back position as starter Le’Veon Bell serves a two-game suspension to start the season. The team signed Williams in the offseason knowing that he would have to fill in as the starter during this time.

No doubt they counted on the prospect of Harris filling in as Williams’ backup during that game, but the young back played himself off the roster in no small part due to his significantly below the line performance in pass protection.

Conventional wisdom suggests that the Steelers will without a shadow of a doubt add another running back to the 53-man roster between now and Thursday. Tomlin already has acknowledged that he intends to scour the waiver wire at running back, as well as all positions.

But should they fail to find a suitable option that they are successfully able to claim off waivers, I do not find it as unlikely as do others that they could try to ride out these two games with Johnson serving as the emergency reserve running back, perhaps even Nix getting a couple of reps in the backfield.

Johnson does not look bad with the ball in his hands, which is a good place to start. He shows aggressiveness, and has the physicality necessary to do it, if asked, though it has not happened yet in his first three seasons.

The Steelers figure to be a pass-heavy offense in the first two games without Bell, which means that Williams should be seeing a healthy amount of snaps in pass protection, which he has shown himself able to do.

Ideally, there will not be much wear and tear on the ball carriers during that time. While it may not be their first choice, I do think it is a consideration for the team to work with what they have in the backfield until Bell returns.