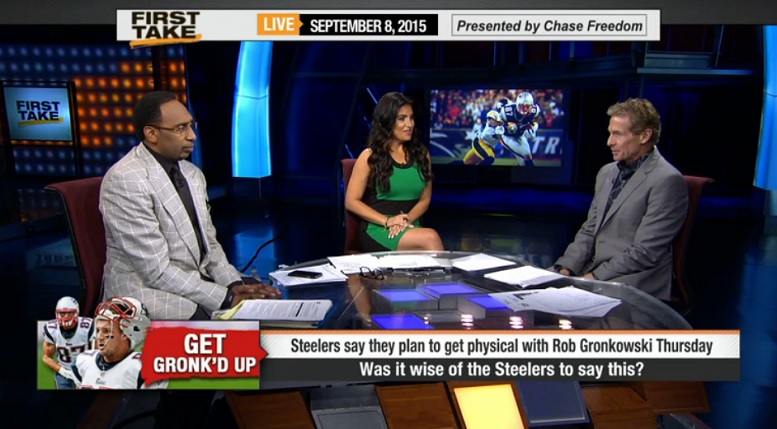 In case you missed it, here’s what Shazier and Mitchell both had to say on Monday in response to how the Steelers defense will try to slow down Patriots quarterback Tom Brady and Gronkowski, his main weapon.

Mitchell acknowledged that Gronkowski is the NFL’s finest tight end, but argued: “He has success when people don’t put their hands on him.”

Anyways, it’s not a long clip, so in case you missed it, you can see below what smith and Bayless had to say about those comments.