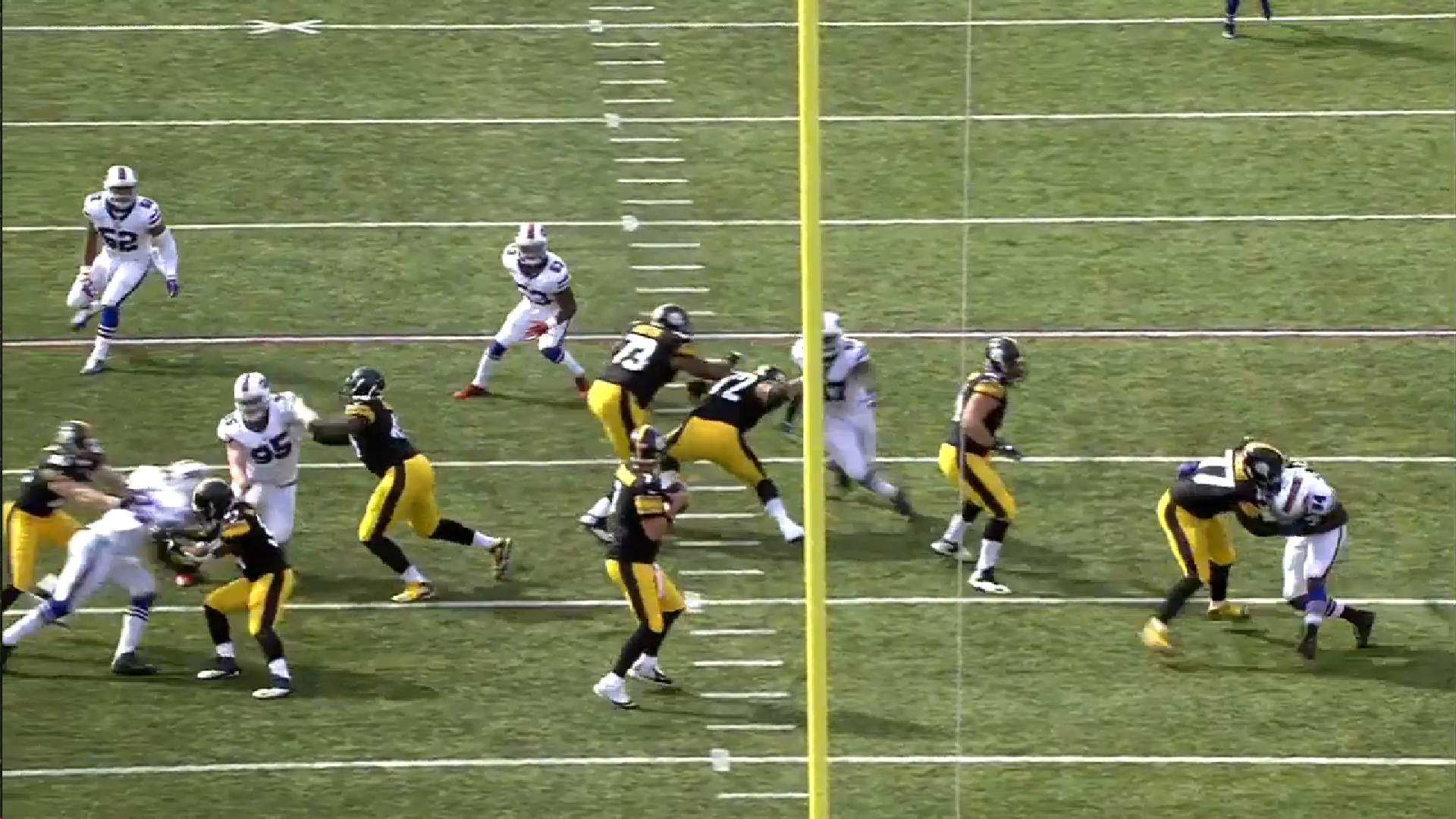 The Pittsburgh Steelers enter the 2015 regular season knowing that they must make it most of the way without the leader of their offensive line, All-Pro center Maurkice Pouncey, after suffering a fractured fibula that required surgery and will assuredly land him on the injured reserve; designated to return list.

Replacing him, at least to start, is Cody Wallace, who is entering his third season with the team. In spite of being a veteran, Wallace had only played handful of snaps in his career prior to his tenure with Pittsburgh.

He has had to start at both center and guard since being here, however, and he will have to spend most of the season in the starting lineup. Those who believe there will be minimal drop off—a group of people that actually exists—will be in for a rude awakening.

Wallace got off to a slow start against the Buffalo Bills, with former Steeler Corbin Bryant getting the better of him on the first two passing plays of the day, the second culminating in a sack.

On the first of two, a second and 10 play, Bryant faced off with Wallace one-on-one, and after initially slipping, was able to knock down the center’s hands, get him off balance, and walk him back into the pocket, forcing Ben Roethlisberger to throw an awkward ball to his tight end.

On the second play, Bryant initially crashed down inside toward the center’s left shoulder in order to get him to shift his frame. He then cut back inside, swimming over top and getting a clear path to the quarterback, bringing him down for a loss of six yards.

Wallace did fare better in the ground game, as he was able to take his man to the ground at the goal line on DeAngelo Williams’ one-yard touchdown run. While Williams did not take the hole on his following two-point conversion, Wallace made his block on that play as well.

The Steelers snapped out of a passing set, handing the ball to Williams. The back could have gone up the right side and scored behind the blocks of Wallace and David DeCastro, but he cut back, falling, getting back up, and scoring anyway.

Later in the first quarter, on a Le’Veon Bell run that went for a loss, Wallace failed to come off his block and pick up the rushing linebacker, who brought the initial thread that busted up the play. Nothing went quite right on this play, however.

On the following snap in pass protection, Wallace and Ramon Foster were able to pinch Kyle Williams in as he tried to rush up the A gap. Wallace seemed to have the primary responsibility with a reach block, and did relatively well on what was a designed roll out.

The Steelers will certainly not be at full strength with Pouncey not in the lineup, but they can do, and have done, worse than replacing him with Wallace. The team signed him to a three-year contract because they believed that this is a role that he would be able to fill. Now it’s time to test that theory.