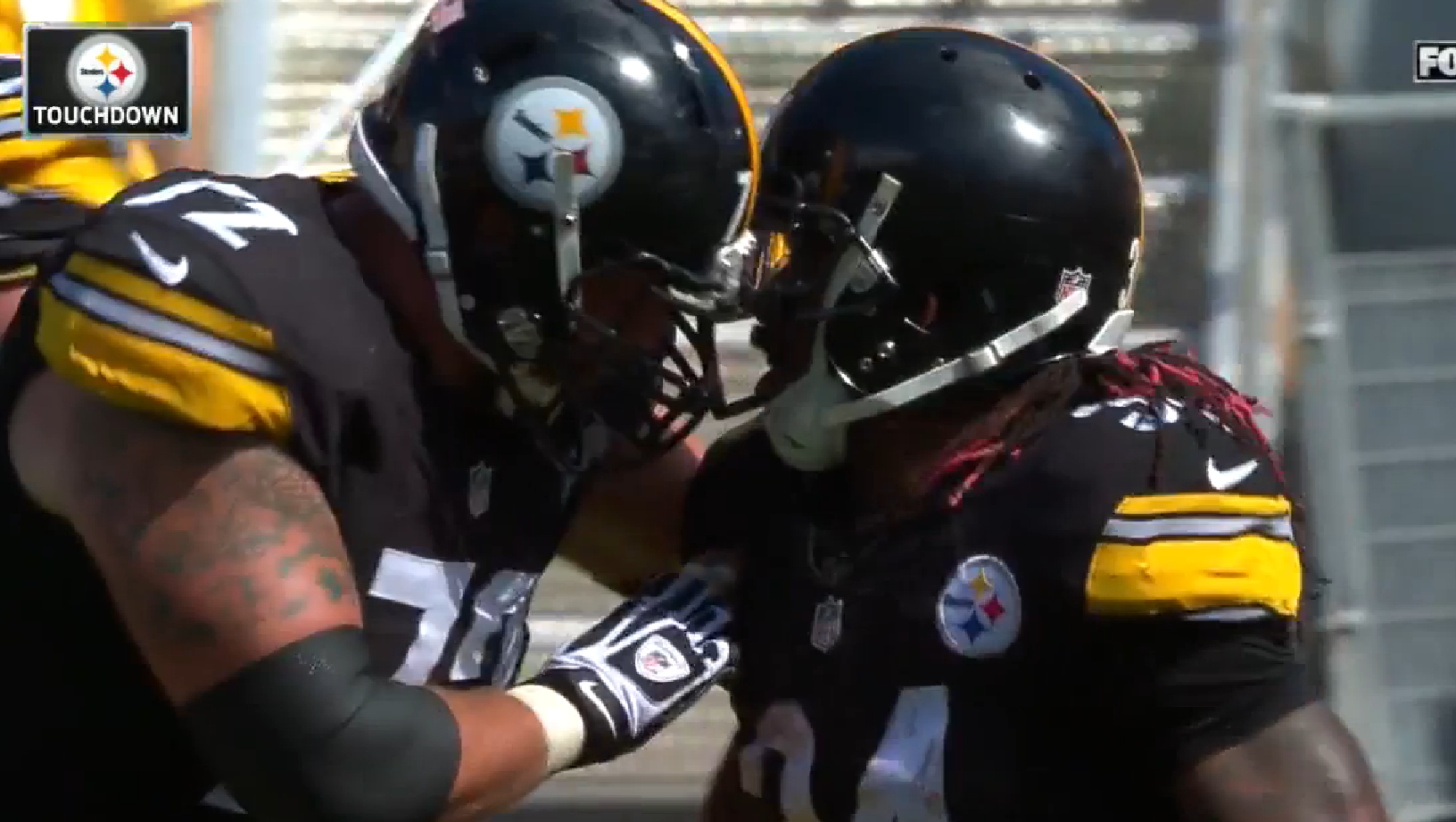 With the Pittsburgh Steelers likely to be without their franchise quarterback for the next month or more, it will be incumbent upon the rest of the team—not just the offense—to pick up the very considerable slack left in his wake.

One of the more immediate answers to his absence in the passing game is to turn more to the ground game, which would seem not to be an overly difficult proposition, given that the Steelers have at their disposal a first-team All-Pro performer at the position in Le’Veon Bell, with fresh legs after having sat out the first two games due to a suspension.

But, contrary to past years, the Steelers actually have a healthy stable of running backs, and it seems to me that it would make sense for the offense to utilize multiple running backs with regularity if the intent is indeed to turn to the ground game more without Ben Roethlisberger.

While the Steelers have been among the teams more willing to run the ball of late, the truth is that even they have heavily favored the passing game, accounting for the lion’s share of their offensive plays run, with Roethlisberger attempting over 500 passes last season.

If Pittsburgh intends to run the ball more, say 30 or so times a game, then it would make sense to allow some of those carries to go to veteran DeAngelo Williams, who performed to rave reviews during the first two games of the season, which he started in Bell’s absence.

In the season opener, Williams rushed for 127 yards on the ground, and looked good doing it, breaking off a number of double-digit runs, including a thus far season-long 28-yard run that opened the second half.

During the following game, his yards per carry declined, but that was in part driven by his work at the goal line. In that game, he scored three touchdowns on the ground, all three of which came from two yards out or closer.

Bell is certainly capable of being a workhorse type of back, as demonstrated by his 290 rushes last season. But his workload is better split between the running game and the passing game, to which his 83 receptions speak.

If the idea is to keep Bell on the field, then there exists the option to flex him out wide with Williams in the backfield, which is what the Steelers did once or twice in the last game. It now seems like a sound idea knowing that the importance of the ground game has increased.

Williams received only one carry—the first carry of the afternoon, in fact—in the Steelers’ last game, but I would hope that the Steelers plan to make greater use of him in Roethlisberger’s absence, if only to spare some of the workload from Bell, whose health is pivotal to the team’s ability to make a dent in the postseason.