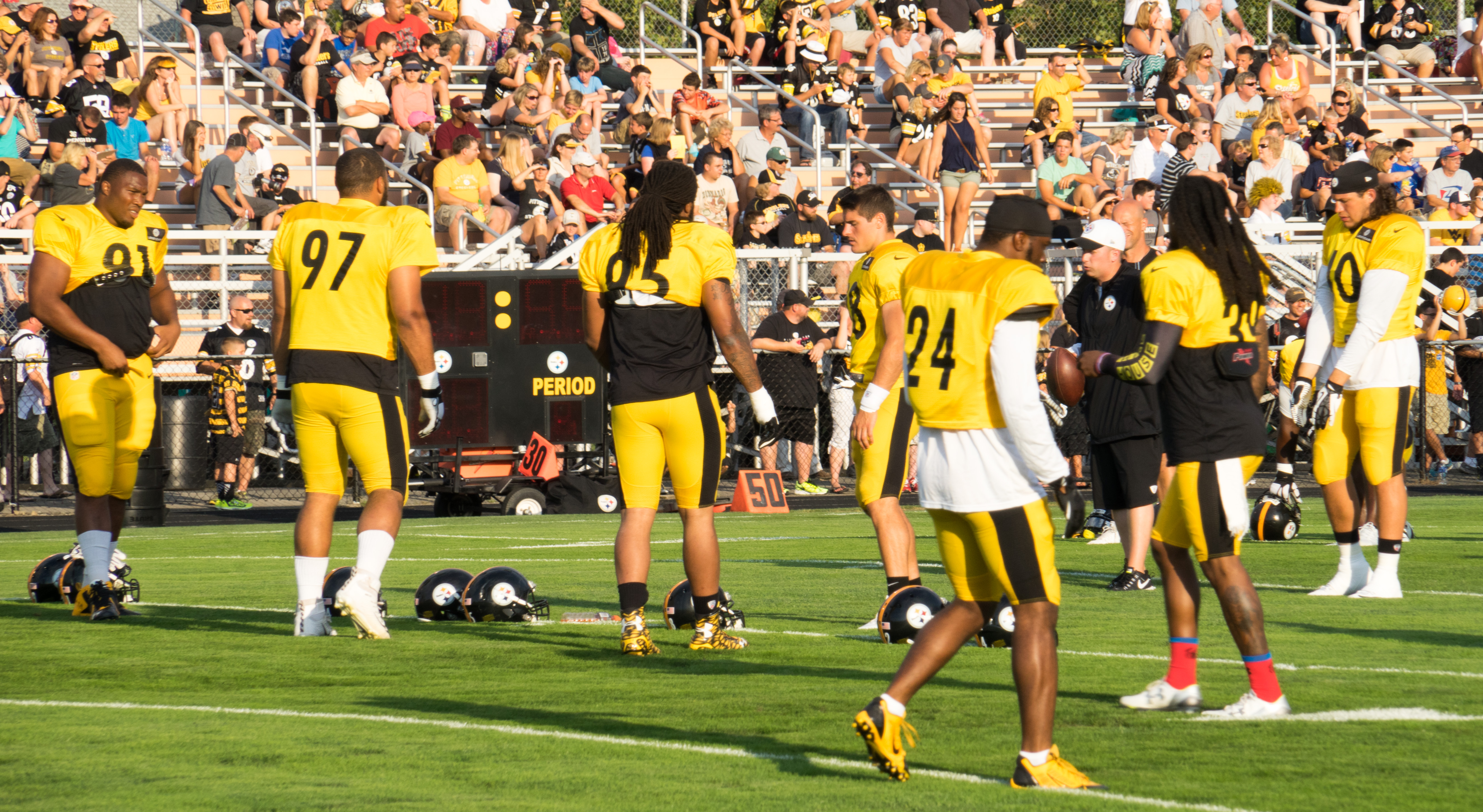 When the Pittsburgh Steelers drafted Doran Grant in the fourth round just 129 days ago, you would think that the team had a compelling reason to believe that the Ohio State stud could become at least a top four corner in Pittsburgh in a few years. You would think that general manager Kevin Colbert had identified Grant amongst a host of talented cornerbacks available at pick #121, and seen the well-rounded skill set that had most draft pundits placing a mid-round grade on the defender. And, as a fan of a team that has built their franchise on consistency and enduring faith in their players, you likely assumed that the team would work diligently to develop Grant’s skill set until they were sure they had a complete picture of who he was as a player.

You wouldn’t think that after five preseason games, only four of which Grant played defense in, that the franchise would simply dismiss him, giving the other 31 teams a shot at the highest 2015 draft pick available on the waiver wire. You would think that they could see the bigger picture, the one that shows William Gay, Brandon Boykin, and Antwon Blake all on the market as unrestricted free agents next offseason. You’d hope that they would have recalled the agony of watching Cortez Allen burned time and time again in coverage last season, until he was finally benched despite a healthy contract extension. Surely they’d realize that with second round pick Senquez Golson set to miss the entire season after surgery to repair a torn labrum, that not only will their other rookie cornerback be behind a full year in his NFL development, but there is no guarantee that the Ole Miss product will even be the same player when he returns from injury.

Unfortunately the Steelers front office and coaching staff failed to put these pieces together, instead opting to risk Grant to the waiver wire around noon today. What did the Ohio State cornerback do to deserve such treatment? Nothing, as Grant actually played well in preseason action and looked good in camp. Ask Alex Kozora if you don’t believe me. Watching Grant during every practice, I was impressed at how savvy his route recognition skills were for such a young player, as well as flashing ball skills from time-to-time. The team never seemed interested however, barely playing him until the final game against Carolina. Grant finished the preseason with 103 snaps in all, apparently enough reps to convince the team that everything that led the front office to select the cornerback with a fourth round pick was a misconception, and that Grant wasn’t worth even a shot at developing.

There are several layers of ineptitude to this move. The first is the fact that the team is ignoring the bigger picture, that Pittsburgh could lose three of their top four corners by next offseason. The second is the franchise’s repeated failure to place proper value on the cornerback position, and the importance of developing talent there. Third, by subjecting Grant to all 31 other NFL teams via the waiver wire, you aren’t exactly offering a glowing representation of your evaluation abilities as a scouting department. If Grant isn’t claimed by another team, what exactly does that say about Colbert and co. that in a defensive back-starved NFL, not one other team wanted to take a shot at a cornerback that the Steelers selected in the fourth round?

If Grant is claimed by another team, then shame on Colbert, Tomlin and whoever else supported this move. As an NFL organization that has stuck with Jarvis Jones, Landry Jones, Mike Adams, Dri Archer and a host of other players when they showed next to nothing, often for several seasons, how can you justify cutting loose a player who not only had showed real promise, but hadn’t even suited up for a game yet? Especially at a position of crying need, that faces even more turnover next season?

And please, don’t give me the line about how Grant didn’t splash in camp, or he was outplayed by Kevin Fogg or B.W. Webb. First of all, it is preseason, evaluate those levels of play at your own risk. Second, while Grant did surrender one touchdown pass against Carolina on a double-move (short list of corners to never give up a double-move touchdown in their careers, eh Janoris Jenkins?), the former Buckeye also made several nice plays in coverage, and was steady as a tackler when supporting the run. I don’t care how good the team thinks Ross Cockrell is, it really has no bearing on whether Grant deserved a chance to actually play real games for this team before being waived.

But most importantly, what rookies did play consistently well in camp or preseason games? Really none of them, does that mean everyone should be subjected to waivers? Of course not, because drafting is an art, it is a process that takes time and investment and development to succeed. Colbert invested a fourth round pick in Grant assumedly for a plethora of reasons. How bad would a player have to be in camp to render all those reasons moot? The answer is simply, a whole lot worse than Grant was.

Ultimately, whether Grant is claimed or not is meaningless to this argument. Simply by placing a fourth round pick with plenty of pedigree on waivers in a league where 31 teams are looking to upgrade their secondaries, the Steelers have shown how much they value Grant and his potential development into a contributing defensive back for their franchise. Not only is their perspective incredibly narrow to not see the future ramifications of moves like this one, but any semblance of belief in their evaluation of defensive draft selections continues to be nonexistent. Add in the dismissal of Gerod Holliman, the recent benching of Shamarko Thomas, and the ridiculous multitude of additional defensive misses over the past 7-8 years, and the picture is clear. Pittsburgh simply does not know what they are doing when drafting defensive backs, and it is killing them on the field.

The ineptitude goes beyond Pittsburgh’s inability to properly evaluate the position from a talent perspective, as the Steelers also don’t value the position as they should. After quarterback, I would put cornerback up with left tackle and edge rusher as the most important positions in the game, but Pittsburgh clearly doesn’t share my sentiment. They continue to think the Antwon Blake’s and Cortez Allen’s of the world will be just fine against the NFL’s high-powered passing attacks, using low-round picks on cornerbacks and then dismissing them almost as fast as they arrived.

Look at the most successful franchises in the NFL over the past few years. Seattle, New England, Denver, even Green Bay has worked diligently to acquire high-end talent in the secondary, develop it, and watch it pay dividends as their team plays in conference championships and Super Bowls. More and more every year, it is becoming the mark that separates the good teams from the great ones.

We thought Golson, Grant, and Holliman were the end of such a foolish underestimation of defensive backs in Pittsburgh, but with two of those three now gone, the questions are all back. As Shamarko heads to the bench, Blake and Allen battle it out for reps at starting right cornerback, and Grant drifts through the waiver wire, we’ll continue to ask when the Steelers will get it right when it comes to the weakest and most important aspect of their defense. Unfortunately, the answers don’t appear to be coming anytime soon.