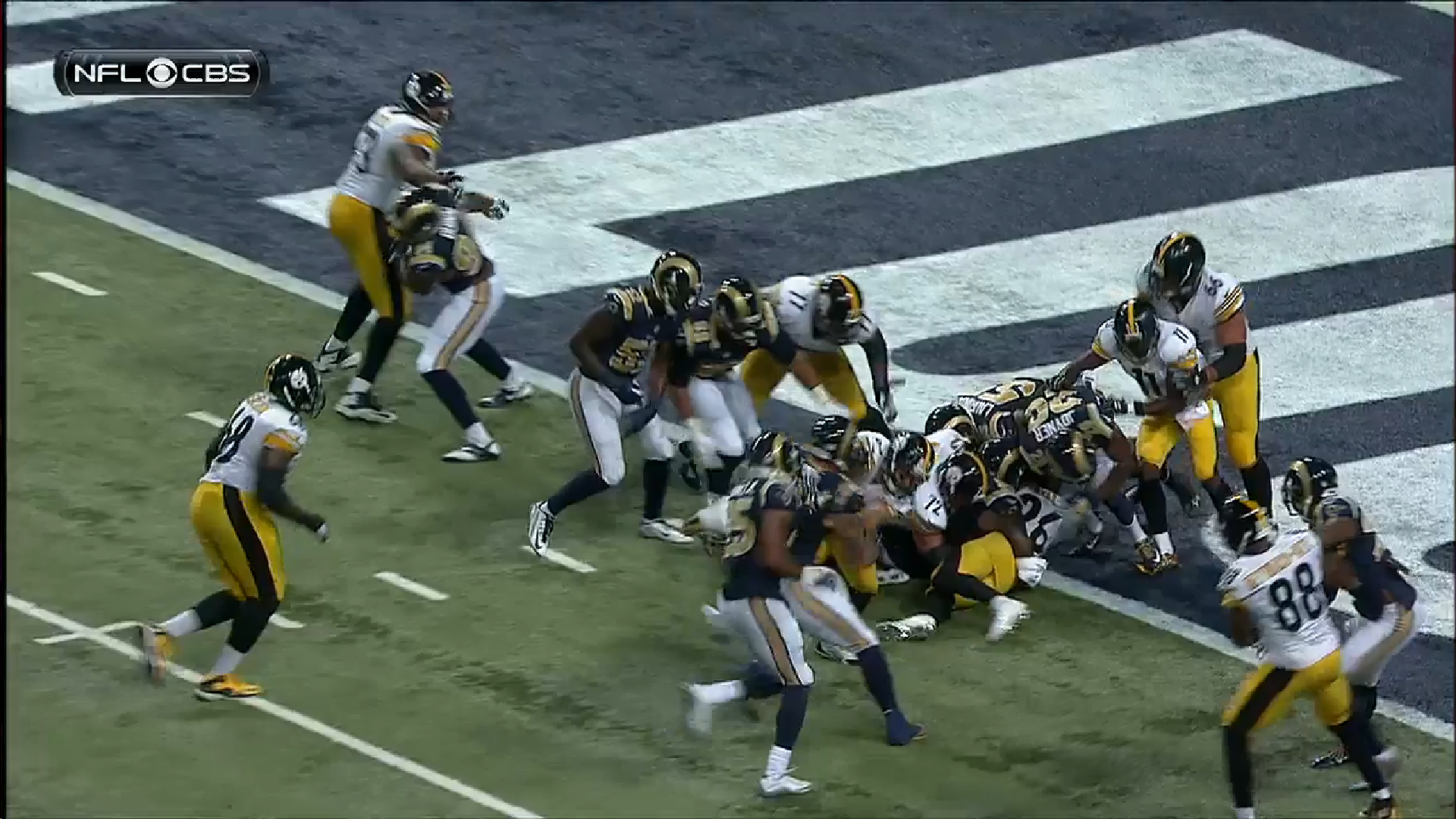 Being as the Pittsburgh Steelers will likely be without the services of quarterback Ben Roethlisberger for the next four to six weeks with a sprained left MCL, one would think that the offense will rely heavily on running back Le’Veon Bell until he returns. As you would expect, the former second-round draft pick has no issues with that whatsoever.

“I’m prepared for whatever,” Bell said after Sunday’s game, according to the Pittsburgh Post-Gazette. “If Ben goes down, it might be a little more headed toward the running game if the franchise quarterback is down. We revolve a lot of things around him. That’s something I prepare for. I’m ready for whatever they ask me to do. I don’t think there is ever a time when there is too much on my shoulders.”

While Bell only managed to gain 62 yards on 19 carries in Sunday’s win over the St. Louis Rams, he did register 7 catches for another 70 yards. While that 3.3 yards per carry doesn’t look great on the stat sheet, it’s important to remember that Rams defensive front four might just be the best in the league right now.

With back-up Michael Vick now taking over under center until Roethlisberger returns, it won’t be surprising to see opposing defenses stack the box in order to attempt to limit Bell’s production on the ground. If that indeed happens, Steelers offensive coordinator Todd Haley will have to have a plan in place that includes getting Bell the ball out in space via short dump offs out of the backfield or designed routes while lined up outside. Last season, Bell caught 83 passes for 854 yards.

Regardless of the methods used to get the ball in the hands of Bell moving forward, the running back is definitely sounds ready for the challenge.

“I want to go out there and continue to make plays and help this team win games,” he said.