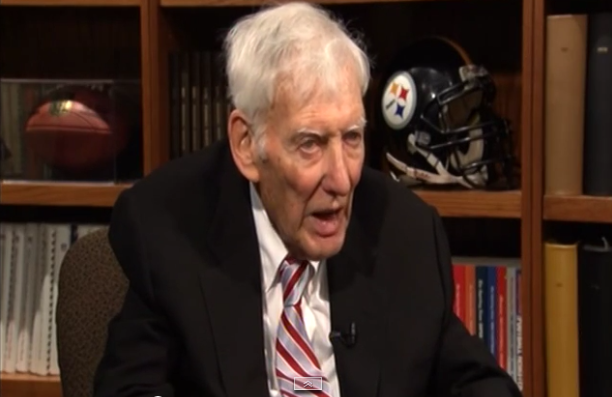 As it comes as no surprise to you, the Rooney family is widely believed to be one of the best ownerships in football. The Houston Chronicle’s Aaron Wilson only helped confirm that today in his editorial, ranking all 32 owners in the league.

He placed Dan Rooney second on the list, one spot behind the New England Patriots’ Robert Kraft. I’m sure that will solicit a lot of anger in the comments.

“Rooney defines loyalty and is a member of the old guard. Rooney has only had three head coaches since 1969: Chuck Noll, Bill Cowher and Mike Tomlin. Rooney is a smart football man, doesn’t meddle and has an outstanding personal reputation, as do his relatives. The Rooneys are synonymous with football, real football. And the Steelers are annually a contender and have won six Super Bowl titles.”

It’s impossible to argue with any of that and though many Steelers fans would have liked to see Mr. Rooney at the top, it’s still a well-deserved spot for a universally respected franchise.