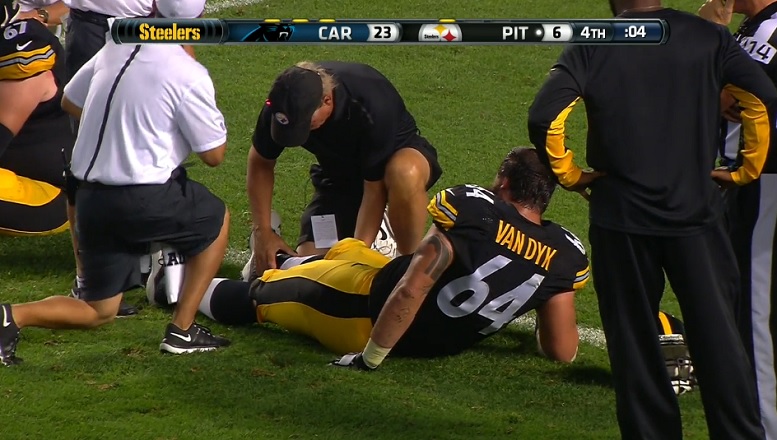 The Pittsburgh Steelers closed out their 2015 preseason at home Thursday night with a 23-6 loss to the Carolina Panthers and the team once again suffered several injuries in the game. Head coach Mike Tomlin recapped those injuries during his post-game press conference.

Mitchell Van Dyk and B.J. Finney were both injured on the next to last play of the game. Van Dyk needed to be carted off while Finney limped noticeably down the stairs to the Steelers locker room with some assistance. Kelvin Palmer had left the game injured earlier in the fourth quarter.

If Finney had any shot at making the Steelers final 53 man roster, the injury that he suffered Thursday not will more than likely prevent that from happening. As for Van Dyk and Palmer, they both were unlikely to survive the final cuts had they not been injured Thursday night.

The Steelers ended the preseason with just seven healthy offensive linemen on their 75 man roster.