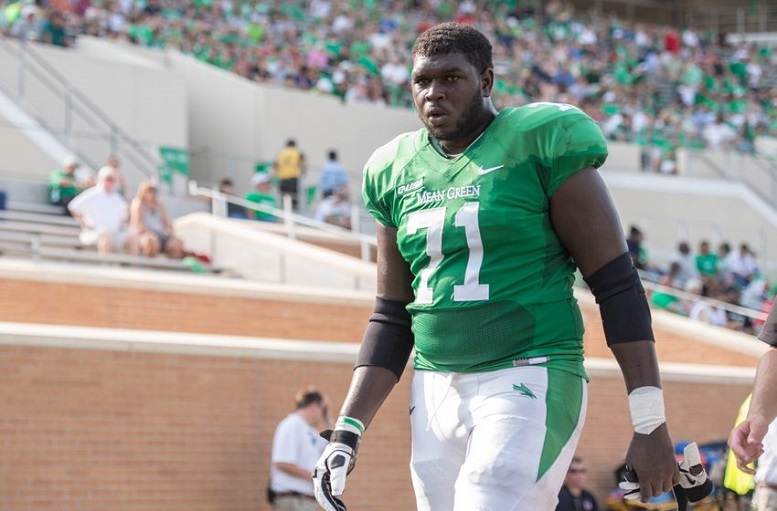 While it’s far from being official, it looks like the Pittsburgh Steelers are destined to sign rookie undrafted free agent tackle Antonio Johnson to their 10-man practice squad at the beginning of next week.

Johnson, who was waived by the New Orleans Saints during their first round of roster cuts last week, played collegiality at North Texas. At his March pro day, he measured in at 6056 and weighed 307 pounds. He only did five reps on the bench that day, but speculation is that he hurt himself while lifting.

Upon arriving for the Saints training camp earlier in the summer, Johnson was placed on the team’s non-football injury list and that certainly didn’t help his cause. He only played 11 snaps at right tackle in one preseason game with the Saints.

At North Texas, Johnson was a four-year starter and it appears as though he played a lot at left tackle for the Mean Green.

With the Steelers losing reserve tackles Mitchell Van Dyk and Kelvin Palmer to season-ending injuries Thursday night in their preseason finale, it’s not surprising that the team looked elsewhere for a tackle that they could sign to their practice squad.

Offensive line coach Mike Munchak was able to develop Alejandro Villanueva into a swing tackle over the course of one season and now we’ll have to wait and see if he can do anything with Johnson.

North Texas, in case you forgot, is where Steelers Hall of Famer Joe Greene played his college football.