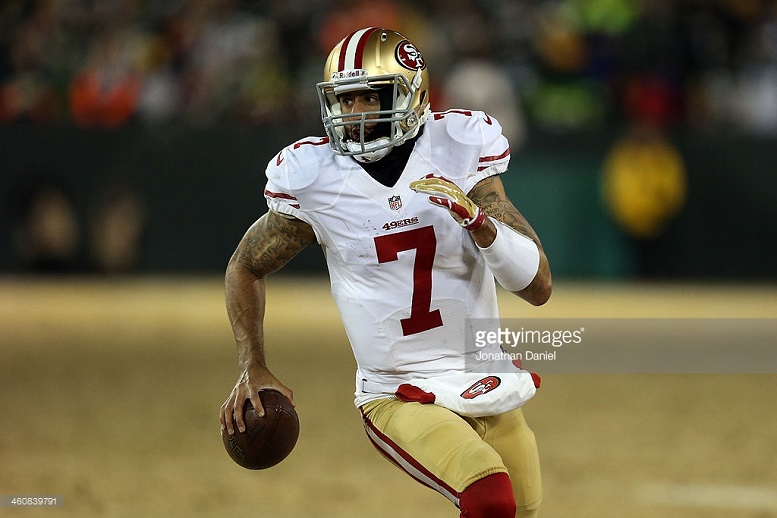 The Pittsburgh Steelers will play the San Francisco 49ers Sunday afternoon at Heinz Field and heading into that game, head coach Mike Tomlin knows that his defense will have their hands full when it comes to defending quarterback Colin Kaepernick because of his ability to run with the football.

“Kaepernick’s mobility is obviously something that’s going to be an issue for us. Something that we’ve got to work to minimize,” said Tomlin. “This guy can create issues for you from a designed run standpoint, but also his ability to improv as plays breakdown and find escape lanes is a critical element of the game.

“If you want to win third downs, you got to do so structurally, but you also got to be able to minimize his impact on the game in terms of pulling the ball down and running. He was able to do that some in the game and convert some possession downs. We’ve got to be great in terms of rush and coverage and more importantly, rush-lane integrity to minimize those escape lanes for him.”

In thir Monday night regukar season opening win over the Minnesota Vikings, Kaepernick ran seven times for 41 yards. Six of those runs were scrambles and three resulted in first downs.

In order to prepare for Kaepernick this Sunday, Tomlin indicated Tuesday during his press conference that quarterback Michael Vick will be running the scout team against the starting defense. Even though Vick is 35 years-old, he still has the same kind of mobility that Kaepernick has. So that should result in him providing the defense some great looks this week in practice.

“It’s our job to provide quality looks throughout the week regardless of the people that we play,” said Tomlin.