As we did yesterday, we’ll keep you up to date with the roster moves the Pittsburgh Steelers make. Each team has until 4 PM today to get down to their 53 man roster.

The roster sits at 65, officially, though injuries to Kelvin Palmer and Mitchell Van Dyk will almost certainly send them to injured reserve. B.J. Finney may do the same.

Combed through the roster yesterday to determine how many spots were available. Based on what we know and what we can assume, I have 51 spots locked up. Keep in mind Maurkice Pouncey must be kept initially before being placed on the IR/to return list. 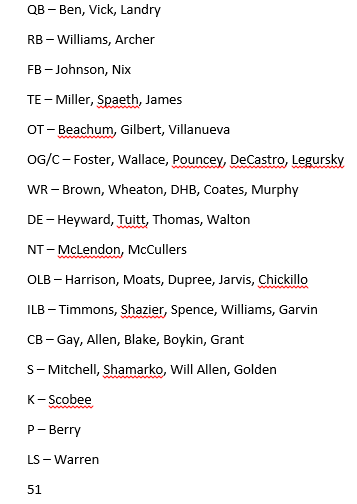 Just like that, the Steelers final cuts have been announced by the team. The following players have been released.

The Steelers have signed CB Ross Cockrell to their 53 man roster. A second-year player out of Duke, the Steelers had significant interest in him prior to the 2014 draft.

This is how the Steelers final 53 man roster, at least initially, looks. 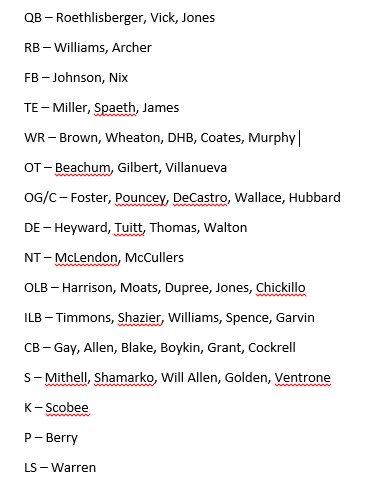 Pouncey going to IR/to return will clear a spot along the offensive line. Either Legursky will return or the team will sign an OL from the waiver wire. Adam Gettis, Julian Vandervelde, and Patrick Omameh, are all possibilities.

The New England Patriots have released running back Jonas Gray. A big back at 5’10 225 with NFL experience, he could be a player on the Steelers’ radar.