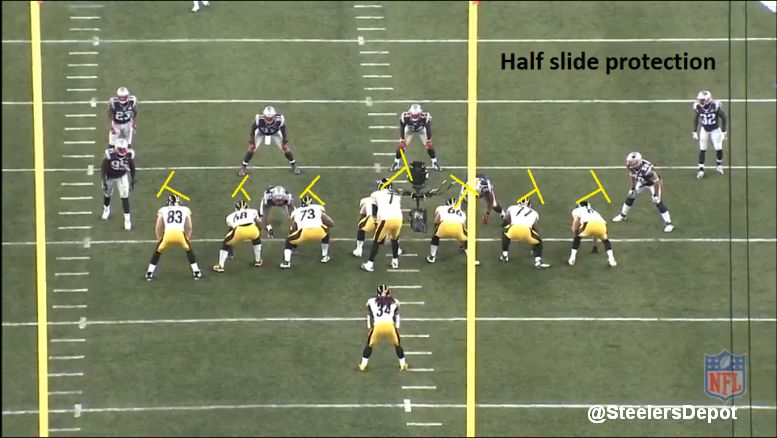 As we have done for every game the last two years, we’ll breakdown each sack allowed by the Pittsburgh Steelers. In Week One, the Steelers gave up two.

Steelers are in 12 personnel with seven in to block against a five man rush. Does create just a two man route, limiting Ben Roethlisberger’s options. But there isn’t even enough time for Roethlisberger to read the coverage before there’s pressure.

Steelers have a half slide protection to the right. First uncovered lineman, center Cody Wallace, starts the slide. Off the snap, he sees inside linebacker Dont’a Hightower blitz the A gap. 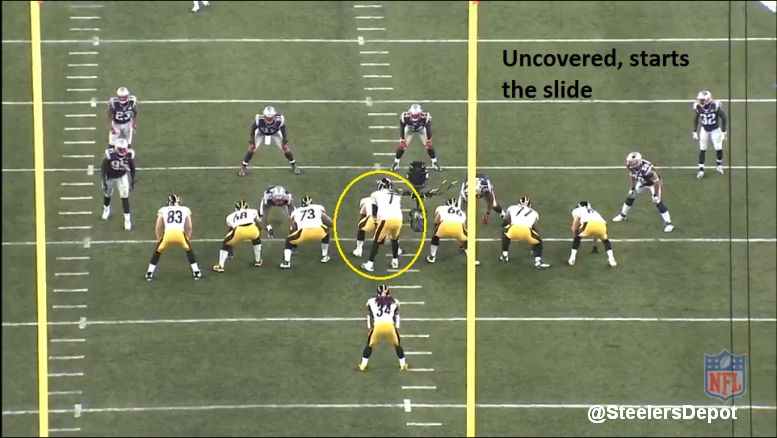 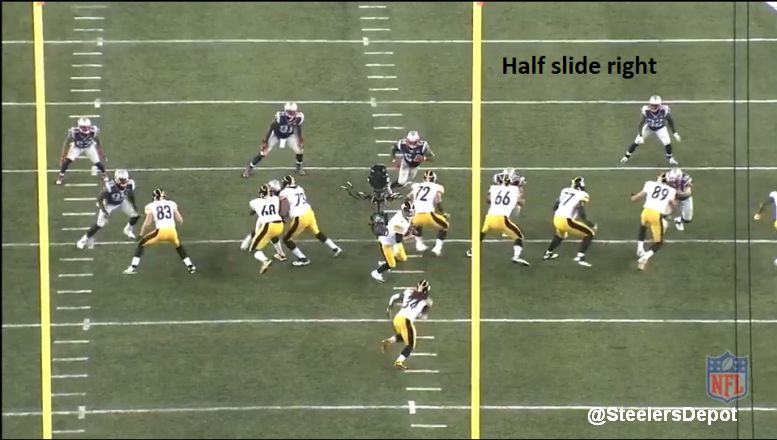 Wallace attempts to slide back down and pick him up but does so with poor technique. He punches before his feet are set, failing to adhere to the “feet before hands” principle of sliding before you reach the midpoint of the defender and punch. 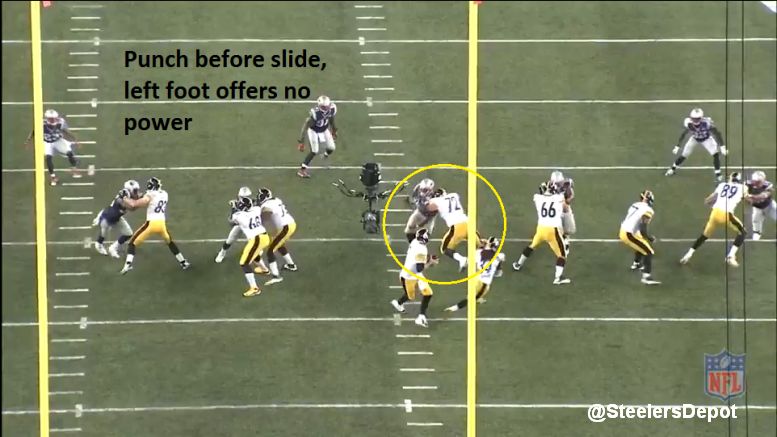 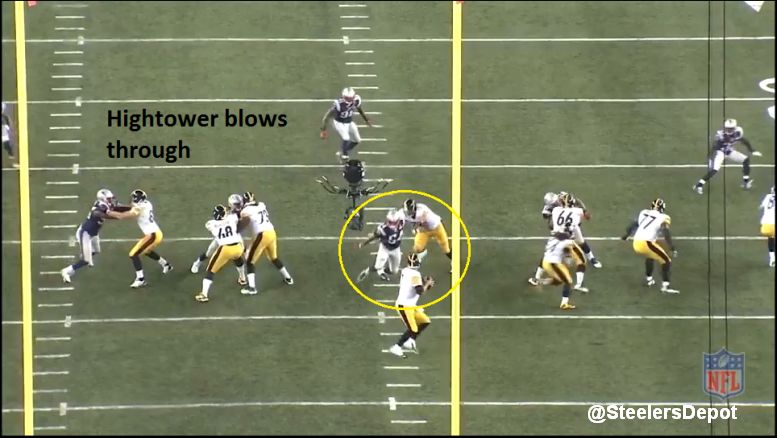 Wallace is unable to get any power on his punch. His inside foot isn’t planted and he’s punching from a severe angle, unable to get into Hightower’s chest to blow him back. Hightower is able to run through it with ease and bring Roethlisberger down.

11 personnel. Three man rush with five to block. Frustrating that both sacks came when the Steelers had two more blockers than rushers.

The focus here is pretty simple. LOLB Jabaal Sheard beats Kelvin Beachum and wallops Ben. Sheard does a nice job of getting into Beachum’s pads, ripping under and slipping past. 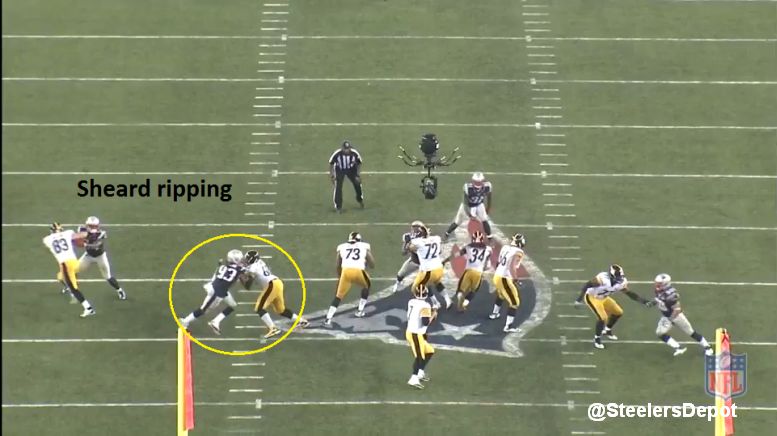 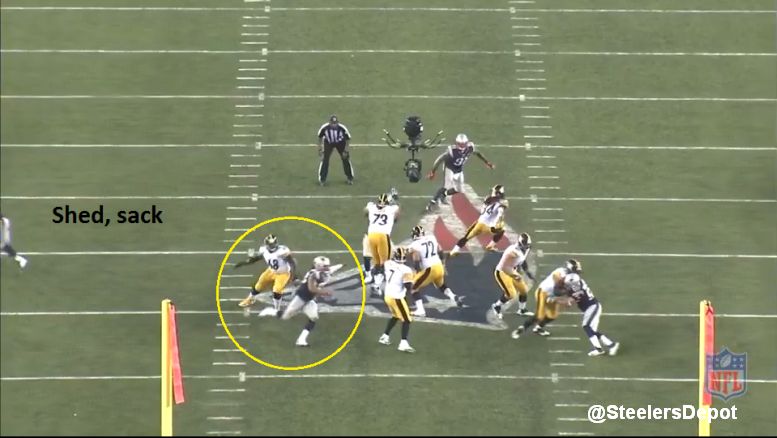 Thought there were two areas the Steelers’ left tackle could improve on here. Doesn’t keep his feet moving on contact, failing to gain ground laterally and letting Sheard past. But that’s a byproduct of Beachum’s poor initial punch. Want to see him get those arms locked out to really generate power with his hands. Instead, his elbows are hinged, he loses power, and basically is catching the linebacker than attacking him. Compare him with Marcus Gilbert’s strong punch, getting extension and blowing Rob Ninkovich back for reference. 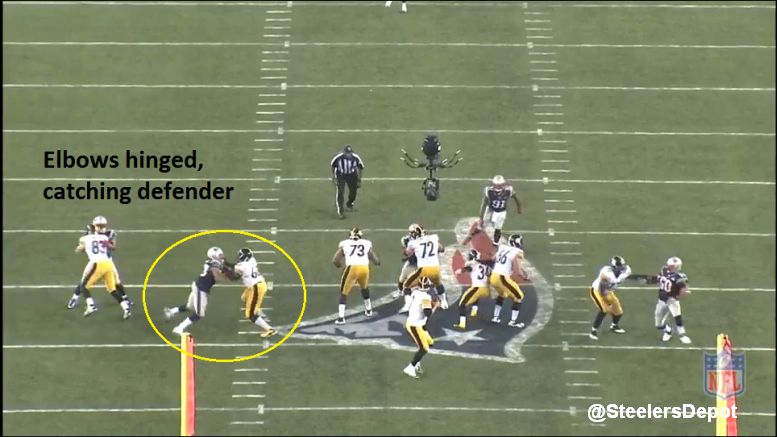