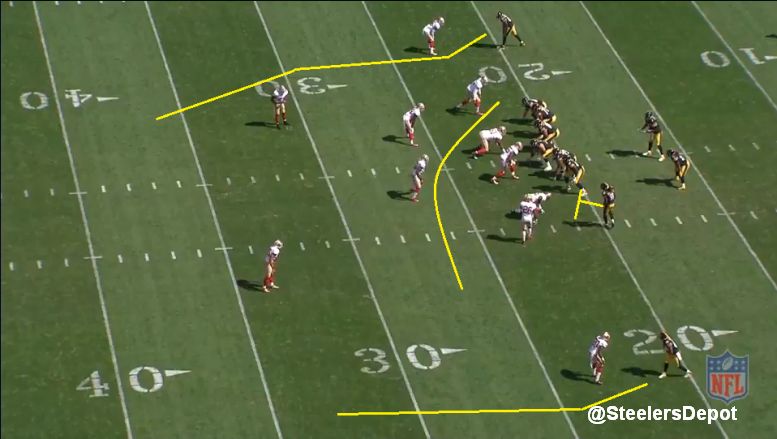 The Week 2 Coaches Tape has been released and we’ll cover players and plays throughout the week. Quickly combing through the game, there was one play that stuck out and reminded me of a play from Todd Haley’s 2006 Dallas Cowboys playbook. We covered his playbook right before the season started but didn’t have this play included. And against San Francisco, it resulted in a 41 yard gain.

The play from the Cowboys’ playbook is Sprint 138 Sell It Z Poker, shown below from that year, when Haley served as the team’s passing game coordinator. 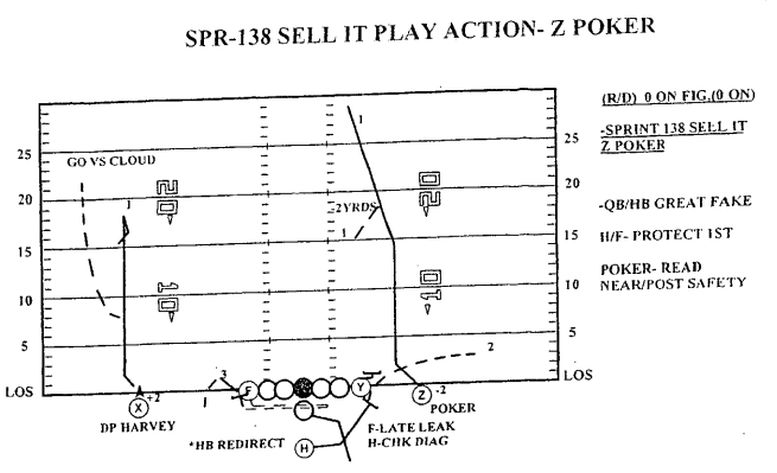 The Steelers don’t run a lot of sprints and boots, especially in Ben Roethlisberger’s older years. But they pulled out a very similar look that went for an explosive gain, one of several Sunday.

On 3rd and 5, Roethlisberger fakes the handoff out of the gun and half rolls to his left. It’s a three man concept. Darrius Heyward-Bey, to the top of the picture I’ll show below, runs the “poker” or post route.

To the bottom, with the tight coverage, Antonio Brown extends his route vertical. If he had gotten off coverage pre-snap, he would have broken down to run a hitch. That’s why you see the “Go vs Cloud” note in the playbook. Sit vs off coverage, go vs press or the CB squatting to play the flat, as he would in something like Cover 3 Cloud.

The Steelers add Heath Miller to the route concept, running a shallow cross to influence the linebackers/safeties to bite or for Roethlisberger to look to if the vertical options are defended.

Markus Wheaton the slot recevier, actually blocks on this play to protect Roethlisberger on the sprint, before leaking out as a checkdown option at the last moment. But he isn’t someone really involved in the route tree, essentially being dedicated to the protection. Not too often the slot receiver is asked to pass block in an offense. 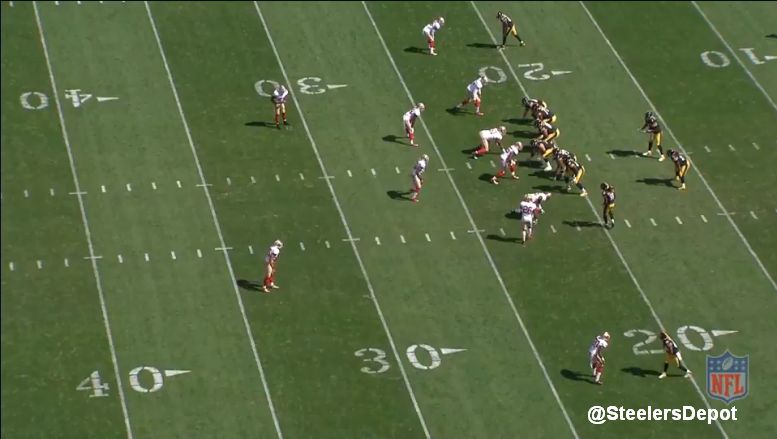 Miller’s crossing route suckers up the safety, leaving the 49ers to play only three deep but with the free safety on the numbers, who is additionally held by the fact Ben has rolled that way and Brown’s vertical route. It leaves the middle of the field open (MFO) for Heyward-Bey’s post. It’s a similar concept as his 35 yard touchdown later in the game – post with the middle of the field open. 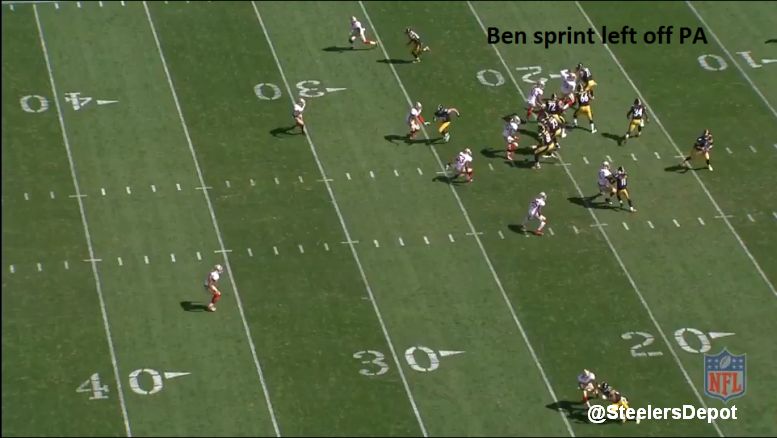 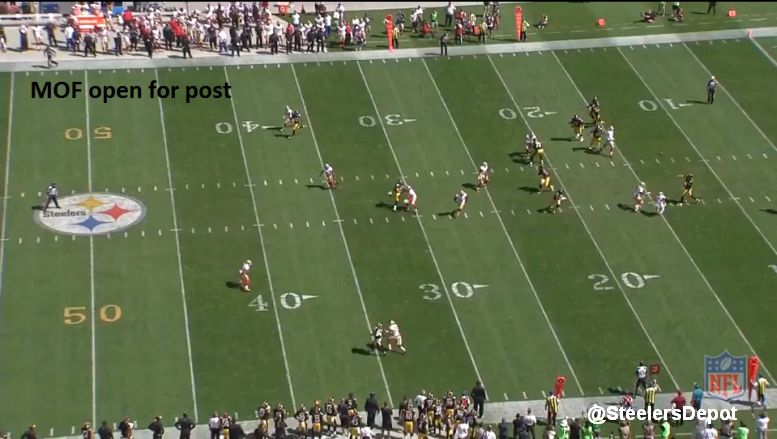 From the end zone angle, we can see the space DHB has over the middle. The cornerback is trailing behind with #41, Antoine Bethea, unable to recover and sink vertically after taking Miler’s crosser. 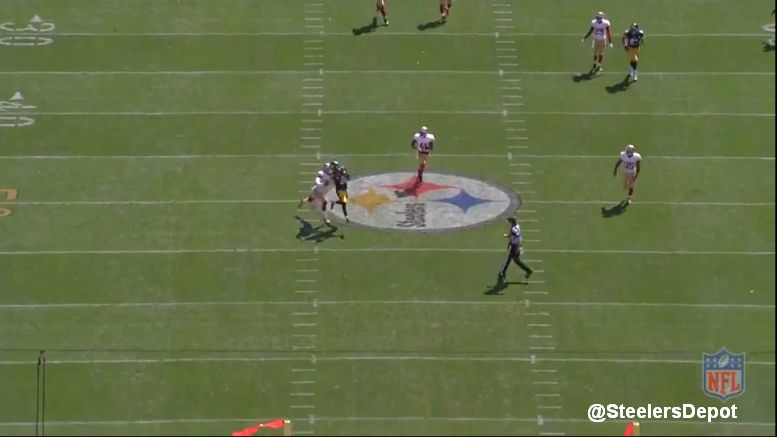 The Steelers would score several plays later for their first points of the game, a lead they’d never relinquish.