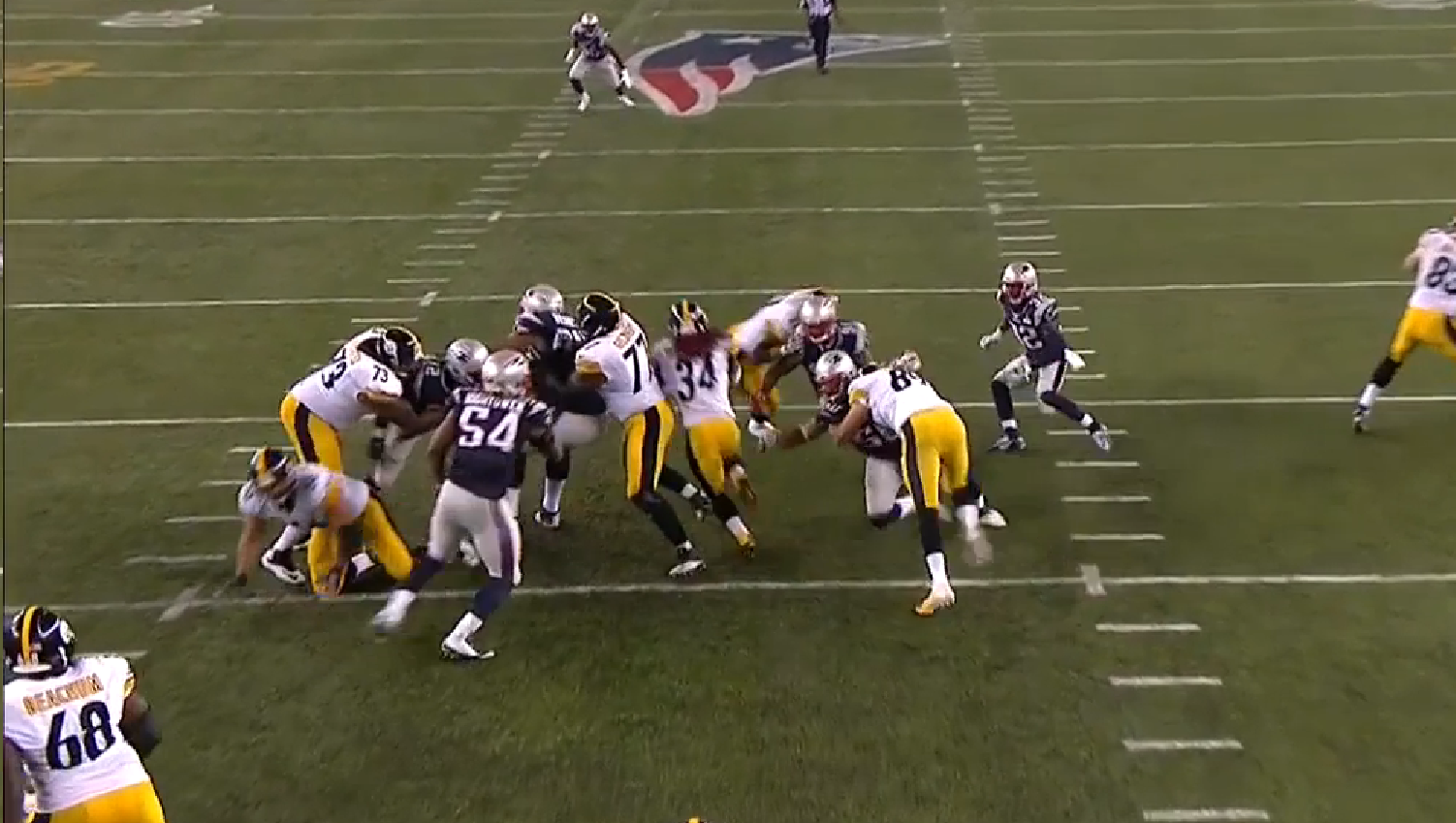 The Pittsburgh Steelers signed veteran running back DeAngelo Williams in the offseason in large part because they believed that he could fill in adequately for starting running back Le’Veon Bell while he served a suspension of then-undetermined length.

Williams, who turned 32 during the offseason, was questioned after battling a number of injuries last year with the Panthers, and many wondered what he had left to offer, but the Steelers believed he could work with their offense.

He slimmed down 15 pounds, and quieted naysayers with a strong preseason performance. Then he turned in a 127-yard performance on 21 carries during opening day against the Patriots, during which he flashed patience, vision, and quickness.

We saw all three of those qualities on the opening play of the game. Williams elected to forego the play-side B gap after spotting the safety coming in to fill the hole, instead turning upfield after hugging the line and showing quickness to get around the defensive end and into the secondary, bounding off of a defender or two before going down after 17 yards.

After the Steelers started off their second drive backed up on their own seven-yard line, Williams bought the offense some breathing room with a six-yard pickup on first down.

Williams smartly cut back again after the center struggled with his block, but it seems in hindsight that he could have found an even more favorable lane off right tackle. In a situation backed up near your own goal line, however, you have an attitude set to take what you can get.

One of my favorite runs of the night was unfortunately negated by a hold on the center. Late in the first half, on second and five, Williams took a false step to his left after receiving the handoff, which froze the linebacker enough for the center to get to him as the back his the right-side B gap. With Williams’ quickness, I don’t think that the linebacker would have been able to catch him even without the hold, which was slight.

The nine-year veteran got the Steelers’ second half off to a strong start with the biggest run of the night by either team, a 28-yard gain up the middle behind the shifting line that nearly reached midfield. This time, the center got just enough to keep him from getting to Williams as he burst through the line and was off into the third level of the defense.

Perhaps no play on the night best showed off Williams’ quickness at the age of 32, however, than the first play of the following drive, a 12-yard scamper off left end on which he outran the defensive end on the short side of the field and raced up the sideline.

While he was asked to do little in pass protection or in the passing game, he has already shown himself to be capable of both during the preseason. He has one more game to start before he reverts into an excellent backup for the remainder of the season.