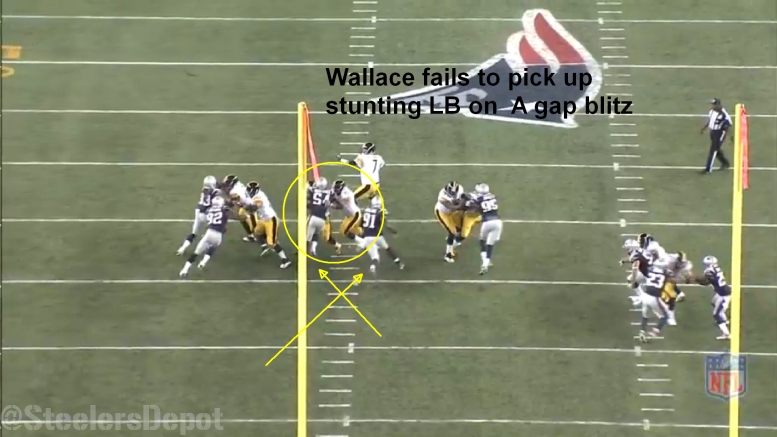 There are two separate levels of offensive line evaluation, both equally relevant. You judge the offensive line collectively, how they work as a group and perform. The Pittsburgh Steelers offensive line, generally speaking, passed this test in the season opener.

You also look at linemen individually to see how they are performing within the game. Some linemen fared better than others. Center Cody Wallace, filling in for Maurkice Pouncey, was certainly the Steelers’ worst lineman on the night, though that should be expected from the one that is not a starter.

Wallace is a high-energy player who will not take a play off and give you everything he has. He brings a level of tenacity to the game that you don’t often see from reserves. These are admirable qualities to have in such a position, but, while he had his moments, last week was not his best game.

On the Steelers’ opening drive, prior to the gadget play, DeAngelo Williams found a seam for 11 yards. Wallace chased upfield in order to block the linebacker Jamie Collins, but he was unable to square up and allowed him to easily slip off, nearly making the tackle. 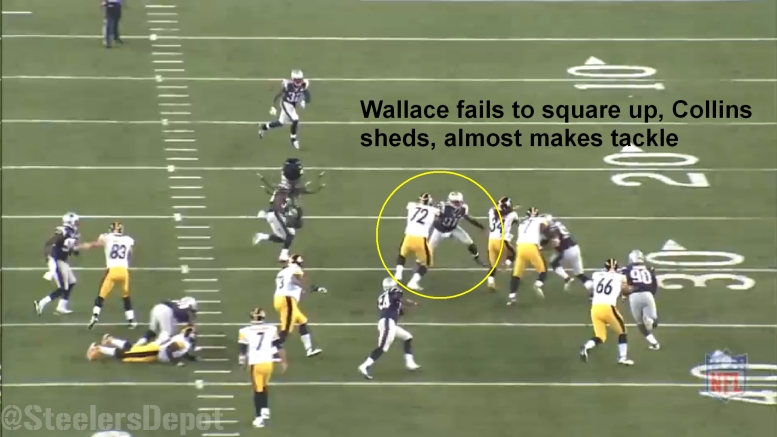 Wallace and Collins had a few battles on the night, including the first play of the Steelers’ next drive, which began deep in their own territory. Coming in on a run blitz up the middle, Collins got a good initial punch on Wallace to knock him off-balance, but Williams read this and cut to the back side. Wallace then got a handle on Collins and fought him through the whistle.

Later on that drive, however, he was gotten the better of by Dont’a Hightower on a blitz, recording a sack for a loss of six yards. From appearances, it seems that Wallace missed the slide protection, and was unaware of his responsibility. He was too late to recover, as the linebacker shouldered his way through the middle. That Williams tripped out of the backfield certainly did not help prevent the sack, either.

On the second play of the second quarter for Pittsburgh, Wallace picked up Collins through the A gap on the pass rush, chauffeuring him out of the way. In doing so, however, he opened up space for the defensive tackle engaged with the left guard to scrape inside, getting pressure and forcing an incomplete pass.

Wallace picked it up on that drive, later on a second and four play showing some agility to reach the left defensive tackle on a run off the right side, holding his block and allowing Williams to get by, though the play only gained a yard.

On the following play, however, the center failed to pick up a double A gap fire zone blitz from Collins and Hightower, with the latter blitzing into the far-side gap. Wallace needed to pick up Collins and allow Williams to pick up Hightower in pass protection, which he did, successfully. Unfortunately, Collins was not picked up, and his pressure forced an early and incomplete throw on a key down.

Late in the quarter, Wallace drew a holding penalty that negated a nine-yard pickup for a first down by Williams. The call seemed questionable during the game, but upon review, it was clearly appropriate. Wallace immediately engaged Collins by putting a hand on his left shoulder, and as the linebacker began to work off of him, you can clearly see that the center grabbed a hold of his shoulder pad and visibly turned him. 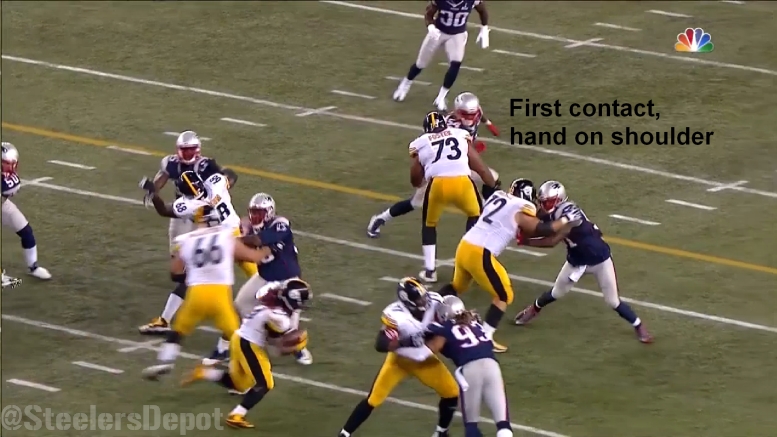 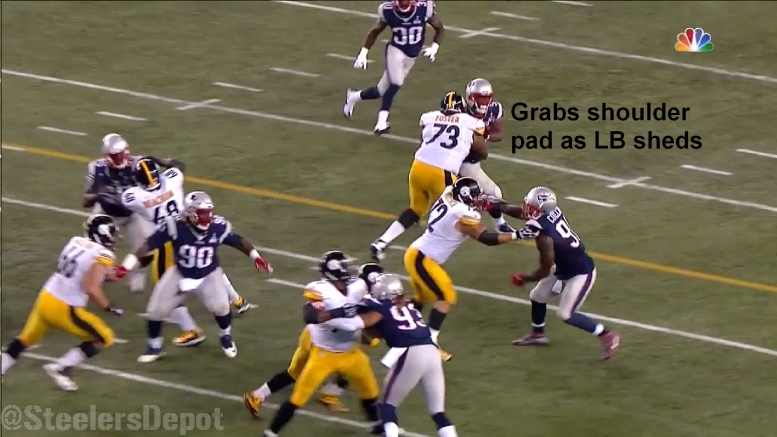 Finally, on the Steelers’ last play of the quarter, Wallace was bull rushed up the middle by Rob Ninkovich, who drove the center into the back of the pocket, clearly winning the leverage, and forcing Roethlisberger to try to avoid him. The quarterback actually got his foot tied up with Wallace’s as he threw—naturally, incomplete.

The reserve center played a better game in the second half, including a nice block on Williams’ 28-yard run on the team’s first play of the third quarter. Hopefully that is a sign of continued improvement as the season goes forward.