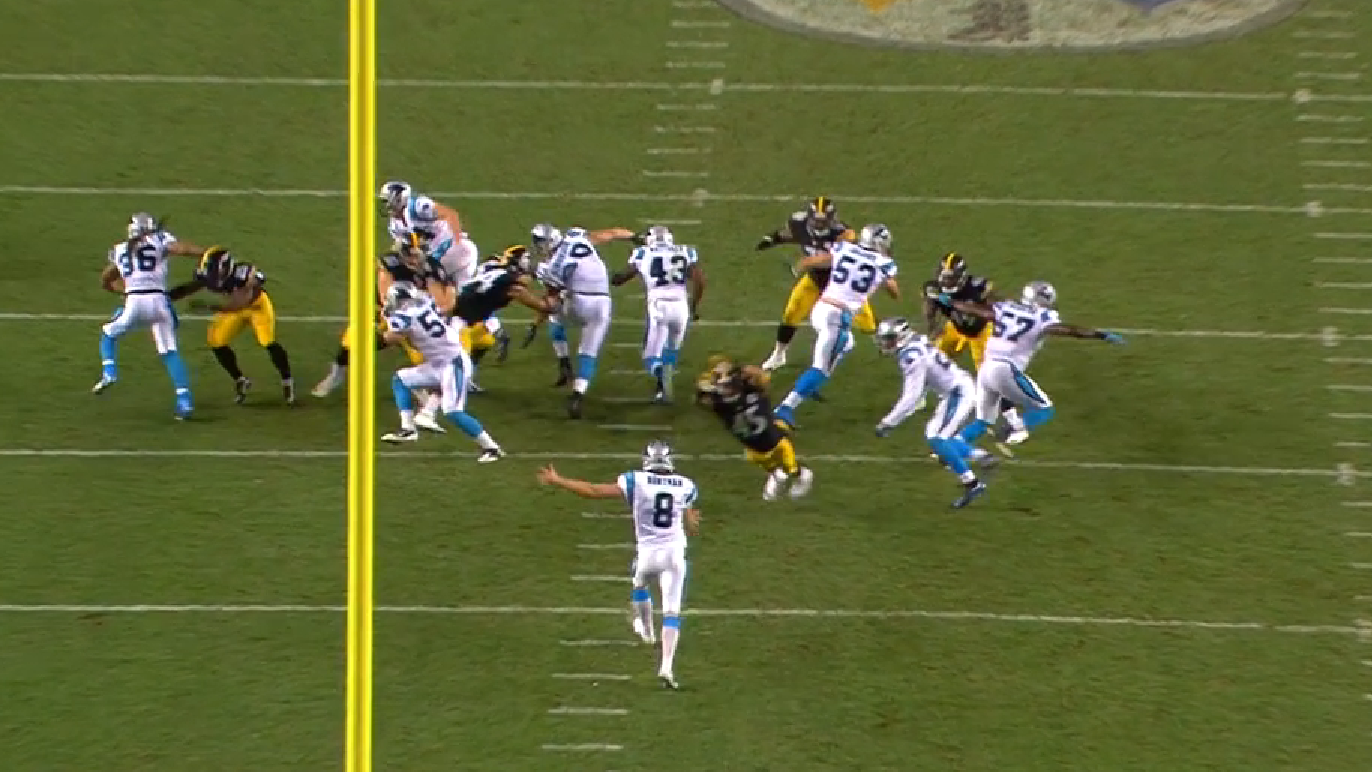 The Pittsburgh Steelers signed first-year player Roosevelt Nix to a Reserve/Future contract early this year, back in January. Originally signing with the Falcons as a linebacker, the 5’11”, 260-pounder was eventually converted to fullback before ultimately getting cut.

Like the Falcons, the Steelers brought in Nix as a linebacker, but they, too, quickly converted him to fullback after realizing just how deep they were at inside linebacker. Even when injuries mounted at the position, Nix was fully committed to his new position at fullback, seemingly relishing the opportunity to use his large from as a battering ram.

Just about the longest of longshots, however, the 23-year-old is still here, having logged a heavy dose of snaps through all five preseason games, and ultimately finding a home on special team. He has come so far, in fact, that by the time he blocked a punt in the preseason finale, he seemed at least assured of locking up a practice squad spot.

That is, of course, a supposition heavily favored by the fact that the Steelers have just three tight ends on their entire 75-man roster, plus Will Johnson. Pittsburgh traditionally carries a fifth such body on the practice squad, and Nix may be that body, especially with Johnson nearly exclusively lining up at tight end these days.

The first-year player has gotten the opportunity to make several tackles on special teams over the course of these five games, and his blocked punt certainly has helped to raise his profile even further, but in truth, nothing helps his cause more than a sheer lack of compelling options elsewhere on the roster.

The dearth of talent within that general vicinity of the roster is such that he could even stand to have an outside shot of landing on the initial 53-man roster, in fact, due to a conspiracy of injuries, ineffectiveness, and suspensions.

With Le’Veon Bell sitting out the first two games to serve his suspension and Josh Harris completely failing to capitalize on a golden opportunity to secure a roster spot for himself—he was responsible for giving up three sacks over the course of the last two games—Nix could be an option for the roster just by default if the team is no longer comfortable with Harris.

At this point, the Steelers may well trust Johnson more as the backup to DeAngelo Williams to start the season, such has been the tumultuous nature of Harris’ play, when he was not missing time due to injury. Still, even under ideal circumstances, it will be difficult, to say the least, for Nix to crack the 53-man roster and anything but a purely special teams basis.

But even on those grounds, that is clearly a spot that would go to Ross Ventrone. Yes, there are some spots reserved on the roster for special teams players, but even those spots are limited, and there are players ahead of Nix in that category—especially if they do indeed carry 10 linebackers. Still, it seems logical at this point that he should make the practice squad.