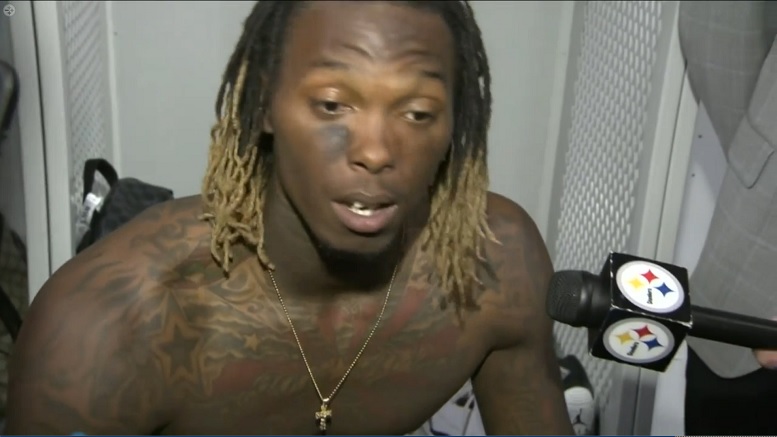 A day after officially announcing the suspension of wide receiver Martavis Bryant, the Pittsburgh Steelers via head coach Mike Tomlin addressed their concerns with the budding star receiver during the pre-game press conference yesterday.

Tomlin was fairly candid, at least relative to his typical close to the vest public speaking style, when talking about Bryant, telling the gathered media rather directly that “he has issues that he’s dealing with that are bigger than football”.

He also confirmed that the Steelers on an organizational level knew for quite some time that this suspension was at least possible, dispelling early reports that they were “blindsided” and adding a new context to their offseason strategy.

Tomlin specifically referenced the drafting of wide receiver Sammie Coates in the third round of the 2015 NFL Draft when talking about how the looming issues facing Bryant shaped their course of action over the spring.

While his phrasing intimated that it was in direct response to a possible suspension, however, that is clearly not the case. The Steelers on an organizational level have been clear that Coates will not be the one to fill the void left in Bryant’s absence.

When asked about that potentiality, quarterback Ben Roethlisberger rephrased the question in his answer to highlight Darrius Heyward-Bey. Heyward-Bey himself said that he re-signed with Pittsburgh after being told by Tomlin that he would “have an opportunity to do a lot”.

Coates is likely to see little action during the first four games of the season, barring injury. That suggests, then, that he is not an immediate replacement, but rather long-term insurance if Bryant’s off-field issues that are “bigger than football” ultimately take him out of football, or at least out of the organization.

Whether or not that happens will be up to Bryant, who at the age of 23 entering his sophomore year has the potential to become one of the best wide receivers in the league due to his combination of size, speed, and strength.

At the moment, it’s hard not to take his comments on his own behalf as little more than lip service, a sentiment echoed in Tomlin’s press conference when discussing possible “actions that are necessary in terms of him moving past the actions that caused the suspension”.

Bryant offered the standard fare for those in his situation, discussing it in terms of embarrassment and disappointment, not only for himself, but for those who support him. He talked of wanting to learn from it and move past it.

The Steelers as an organization and his teammates around him can do his part to try to get him on the right path, but he is surrounded with the same supporting cast that he had around him as he failed what is presumably a series of drug tests to merit a four-game suspension.

It may be jumping the gun to discuss such extremes, but it is up to Bryant himself to keep from becoming the next Josh Gordon, who is still just two seasons removed from being an All-Pro. He is set to serve a full season suspension in 2015 following a series of failed drug tests, suspensions, and arrests. He, too, said all the right things after each incident, but saying and doing the right things been shown not to go hand in hand far too often in such circumstances.