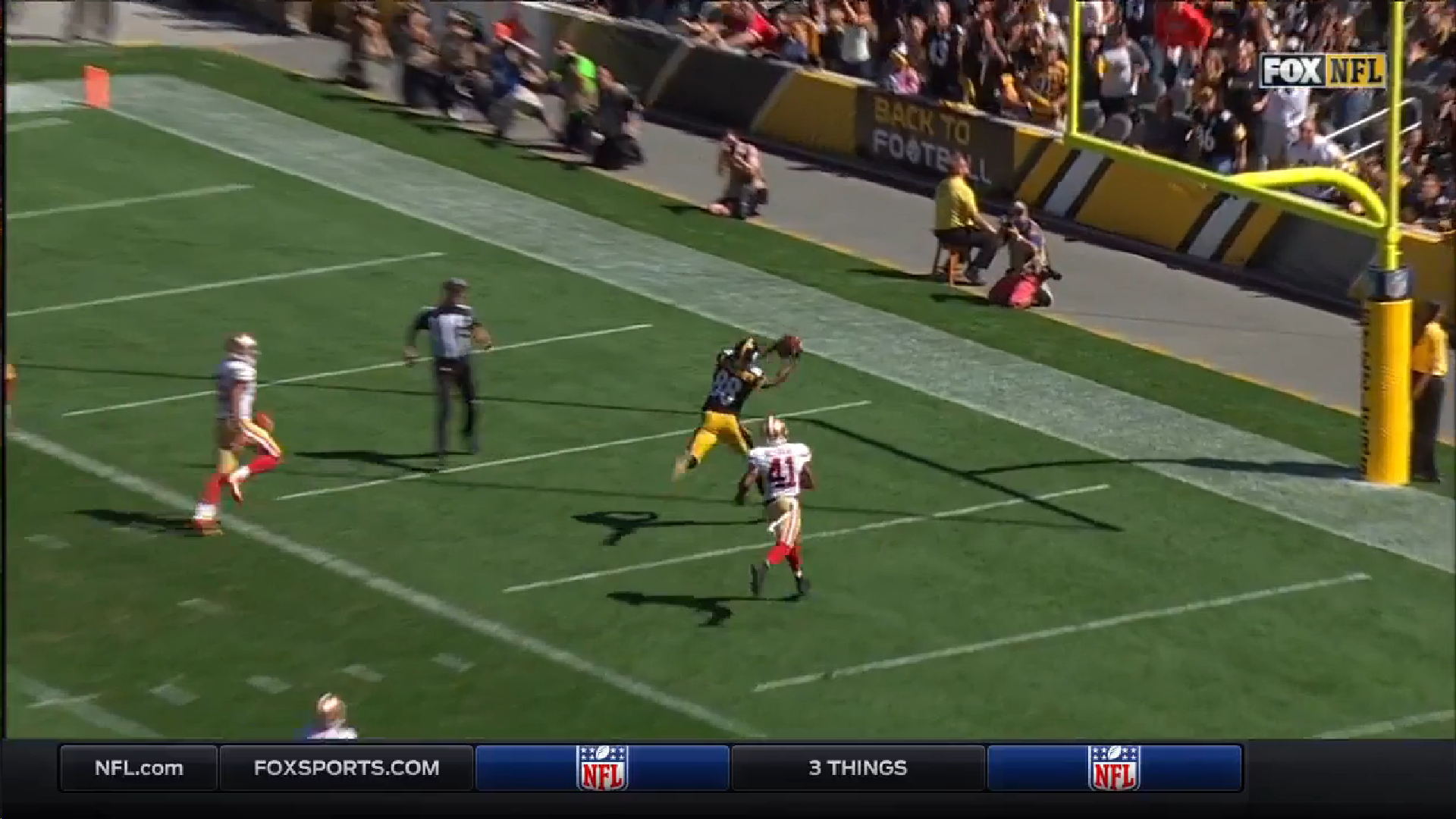 The Pittsburgh Steelers offense has had to make do without wide receiver Martavis Bryant for the first two games of the season thus far, with two more to go before he returns. Veteran Darrius Heyward-Bey has been taking his reps, logging 89 of a possible 130 offensive snaps, or just a hair under 69 percent of the team’s total.

On those snaps, he has produced eight receptions for 135 yards and one touchdown, though he should have had a second touchdown in the first game at the end of the first half when he allowed his right foot to slip out of bounds while fielding a pass in the end zone.

Heyward-Bey has proven to be a big-play threat thus far through the first two games, registering explosive plays on three of his eight receptions, with catches of 43, 41, and 35 yards, the last of which came on an end zone strike. 119 of his 135 total yards were gained on those three plays.

According to Pro Football Focus, he has run 54 routes, gaining 2.5 yards per route run. That would place him fifth if he had logged enough routes run to qualify for 50 percent of his team’s passing snaps.

The receiver does have a bit of a boom-or-bust potential, with half of his receptions gaining less than five yards, though his four-yard reception in the first game of the season converted a fourth down with three yards to go. He was also brought down on a wide receiver screen for a two-yard loss, on which the cornerback made an excellent play to beat the tight ends coming out to block.

It is worth pointing out that all three of his explosive plays were products of impressive plays, with two of them showing quality hands catching, though his 41-yard reception against the 49ers did require him to double clutch the ball.

Heyward-Bey has certainly been a valuable contributor to the Steelers’ offense as the third wide receiver thus far, a role that many expected that he would not be able to maintain. After all, he had just three receptions all of last season, and he fumbled the ball after one of them.

After a three-year span of repeated ego blows, however, the former first-round pick has rebuilt himself as a team player willing to do anything and everything asked of him, a player who is hungry to contribute and to earn the trust of his quarterback, which he already has.

Though his role will naturally decline over the course of the season when Bryant returns to the lineup, he has given the Steelers confidence that they have somebody in the number four slot that can be a contributor.

His primary asset clearly remains his speed, as evidenced by the fact that 88 percent of his yardage has been the product of explosive plays, but he also has a quarterback who can deliver that deep ball. Like Jerricho Cotchery and Will Allen before him, he has climbed up the ranks from obscure veteran to contributor.