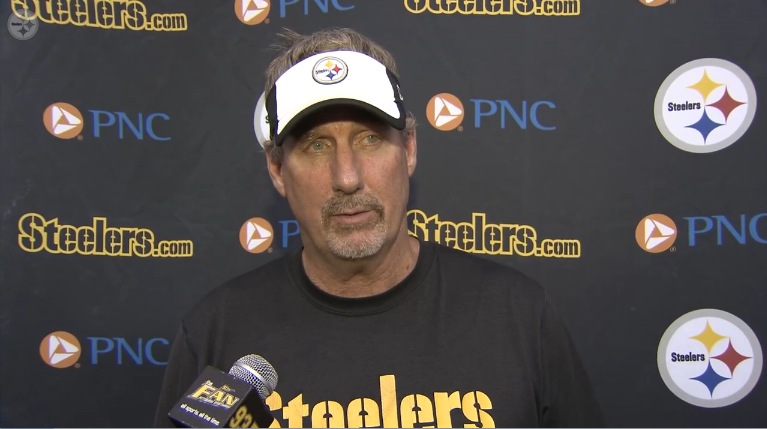 You would have taken my blogger privileges away if I said Ross Cockrell would be the #3 cornerback for two of the first three weeks of the season. But that is exactly the situation in the Pittsburgh Steelers’ secondary, albeit in part due to Cortez Allen’s knee injury. To Cockrell’s credit, the second-year corner is playing well and deserving of the snaps he’s received.

Speaking to the media yesterday, defensive coordinator Keith Butler said it all started in practice for him.

“When he came in, the first thing he did was going over and covering 84 all the time. That’s a good way to make yourself better. I was impressed by it because he’s got enough confidence to say I’m going to try and cover one of the best wide receivers in the league. He’s done a good job with it. He’s played well for us.

Over the last two weeks, Cockrell has played on 63 of 142 snaps, all coming at left corner. Based on my charting, he’s only been targeted once, an incompletion in Sunday’s win over the St. Louis Rams. Should Allen miss again for Thursday’s contest against the Baltimore Ravens, there’s every reason to think Cockrell will continue to be the team’s nickel corner.