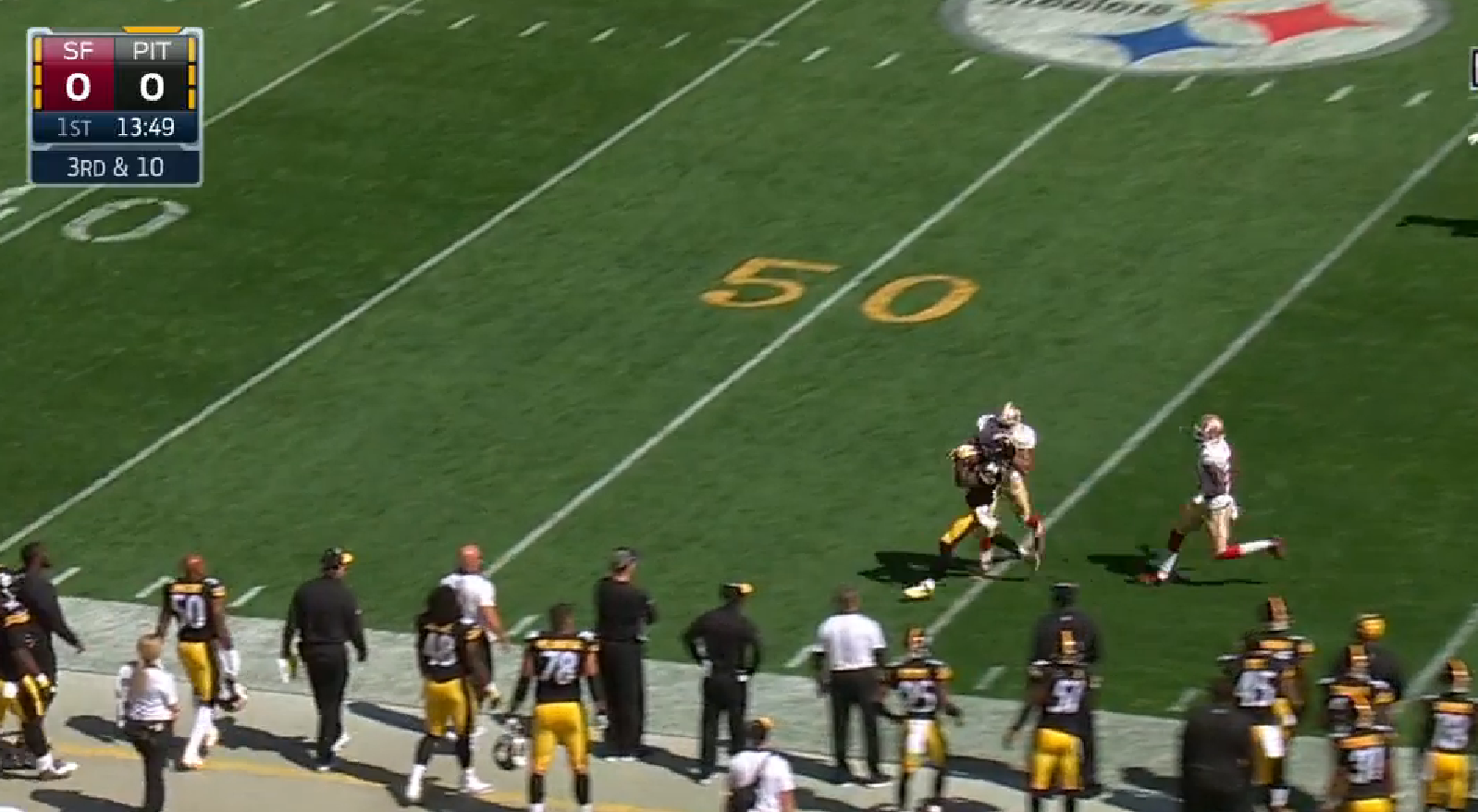 The Pittsburgh Steelers offense dominated in the team’s home opener, leading to six touchdown drive, including three in the second quarter and another two in the fourth. By and large, their offensive success was heavily driven by dominating third down.

In order to conquer the third-down pivot point, whereby you either continue your own drive or give up the ball, the Steelers, and quarterback Ben Roethlisberger chose to be aggressive. Really aggressive. I don’t know that I have ever seen the Steelers play on third down in this way.

Consider these numbers: while in the game, Roethlisberger completed seven of nine passes on third down, converting six times. Seven of those passes were deep balls, and he connected on five of them, for 28, 41, 59, 48, and 56 yards. The Steelers converted only one third-down via the short passing game on a screen pass that went for 12 yards on a third and five.

What’s more, four of those plays came on drives that ultimately wound up in the end zone. Four touchdowns made possible by using aggressiveness on third down to not only convert, but to cut the distance to go down substantially.

It should also be added that on only one of seven deep balls was there a defensive penalty that netted a ‘free play’, which was the case in the last instance, when Roethlisberger connected with Antonio Brown for a 56-yard gain.

One would figure that the Steelers were looking to take the air out of the ball at that point, halfway through the fourth quarter and holding a substantial lead, but the free play reignited the killer instinct that had driven the offense through the first half, and the same pair hooked up again two plays later for a seven-yard nail in the coffin-style touchdown.

Roethlisberger said after the game that it was largely himself calling the plays, which should not be surprising if you look at the play calling on third down. The Steelers produced all but one of their six explosive plays on third down, the other coming on first and 10 from the 49ers’ 35-yard line following a good punt return that set the Steelers up for a strike.

So much of this has to do with confidence and trust. Roethlisberger has such supreme confidence in the abilities of his skill position players that he is willing to give them the opportunities to make plays. Last game, it helped lead to an interception. Today, the results were explosive.

He also has an abundant amount of trust in his offensive line to keep him standing upright, or at least give him the opportunity to flush out of the pocket if he has to, and the line certainly backed him up today, allowing no sacks, and not many pressures to speak of.

In all, it was a very impressive aerial performance from this offense, a performance that was largely driven by aggressiveness in exploiting the 49ers’ defensive weakness in the secondary and Roethlisberger showing fearlessness on the most critical down.