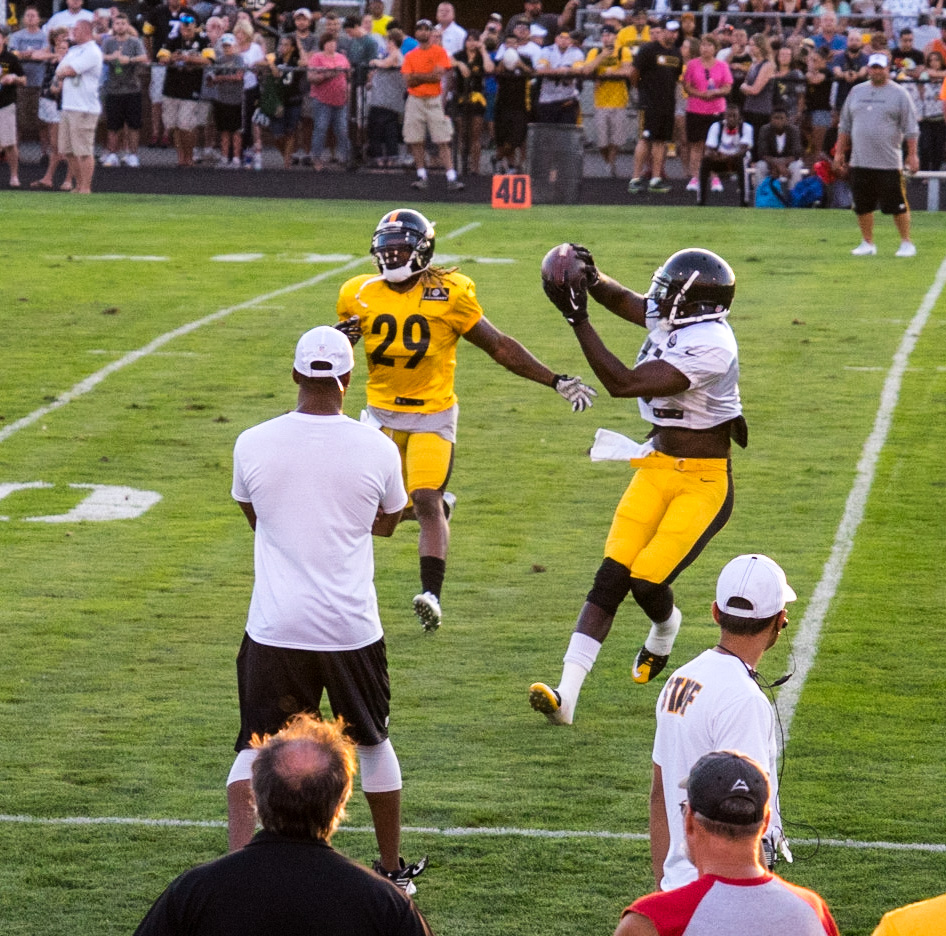 As we did after the first two days, the statistical recap of the Steelers’ practices. Keep in mind these are just to the best of my ability based on my notes. There are incomplete parts – as you see daily in my notes, I don’t always know who had the carry, who the target was, etc. There’s also throwaways and things like that, causing the numbers to fail to match up.

This is not a say-all, end-all, and by including the seven shots touchdowns in the stats, inflates those numbers pretty good. But just another way to look at the skill positions and content you won’t get anywhere else.

This recap is for the first 11 practices, the first two included.

– Apropos of nothing but Roethlisberger, Jones, and Boyd all have the same completion percentage.

– From an attempts standpoint, which helps give a general idea about reps, Murphy has 12 more than Boyd, despite Boyd having a couple more after the first two non-padded practices.

– Stingily far and away with the most carries on this team. And Chisholm already has more carries than Harris or Williams despite being here for what, four or five days.

– Archer only has one more carry than target. And that wouldn’t have happened if the running backs would’ve stayed healthy.

– Antonio Brown has one less touchdown than the rest of the receivers combined.

– Injuries have obviously limited these two but Bryant and Wheaton statistically being rather quiet. Just one touchdown between them.

– Six of James’ eight catches in padded practices have gone for scores. Overall, of his 11, it’s a TD percentage of 54.5%. Not too shabby. And several of them have come on difficult red zone fades, not your run of the mill open in the end zone type situation.

– Again, the context gets left out here, why I really look at this as just a fun tool, and that leaves us with DHB only having two drops. But you watch him in practice or struggle to catch the ball cleanly during these, and you know how bad his hands are.

– Had Gardner caught his three drops, he would’ve had the second best catch percentage of any Steeler with at least 15 targets, only behind Bell.

– Overall, not a lot of flat out drops in my notes. That’s a positive sign. I’m happy.

– 40% of Clear’s touchdowns have come in the end zone. Another two were tough grabs down the seam. Somehow, his receptions are always exciting. It’s very odd.

– Bell with the third most receptions on the team. Yeah, I’m going to really miss that the first two weeks. I’m not alone…

– Cornerbacks making plays but only two INT from the safety group. One was Darby who had the first of camp after a pass that went off Coates’ hands. Remember, they didn’t have a single interception all of last year, the only team to fail to do so.