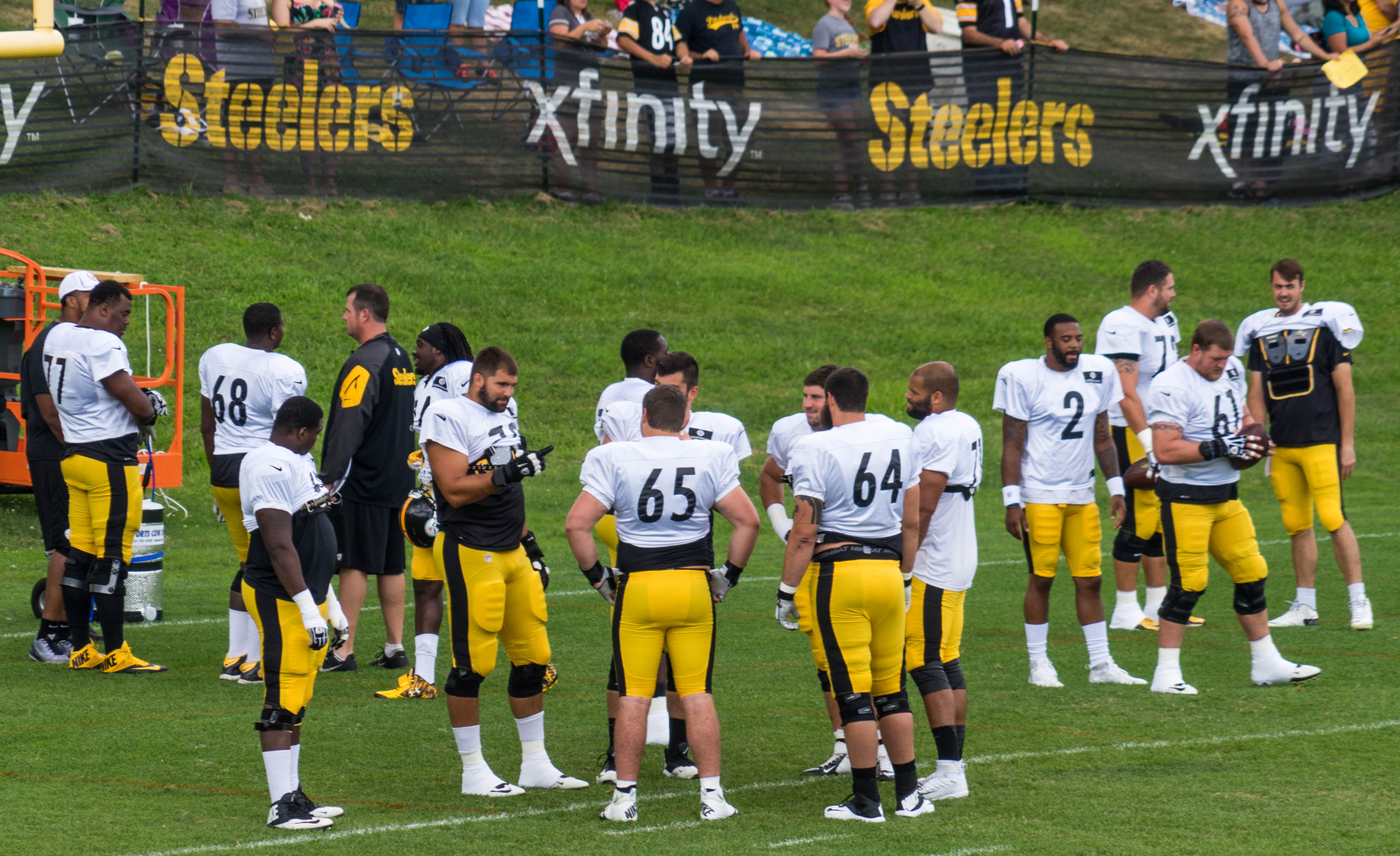 Soon after the draft, it seemed that we were promised what should have been an exciting training camp battle from the group of interior offensive linemen that the Pittsburgh Steelers brought in this year, but thus far, the group as a whole has without question been a disappointment.

With incumbent Chris Hubbard the lone carryover interior lineman outside of the top seven linemen from last season, the Steelers added four intriguing new candidates after the draft, including some priority free agents who had draftable grades on them.

The two most interesting names were B.J. Finney and Miles Dieffenbach, and, realistically, they have proven to be ahead of the other two linemen brought in, Reese Dismukes and Collin Rahrig.

Rahrig, in fact, has struggled to even get on the field. In the last preseason game, Finney finished the length of the game at right guard after David DeCastro left, logging more snaps than any other interior lineman in the game.

With Hubbard coming in with the second team, he eventually gave way to Dieffenbach, while Cody Wallace—the roster lock as the game day interior reserve—was replaced by Dismukes, who has, for the most part, been limited to playing at center.

Interestingly, the biggest disappointment from this group has had to be the incumbent, Hubbard. Quite frankly, he has played poorly in each of the first two preseason games thus far. He consistently gave up deep pressure in pass protection due to his lack of size. He failed to pick up a stunt that led to a sack. He ran into his own running back on a screen. He even managed to give up a tackle for a loss on a play in which he was flagged for holding.

He may be showing better than that on the practice field, but based solely on his work in stadiums in 2015 thus far, he does not deserve to be taking second-team reps at the moment. I would like to see Dieffenbach and Hubbard switch roles for a game to see how that looks. Not that Dieffenbach has been significantly better, though he is at least stronger. His first few plays into the game were poor, though, getting stood up and walked back on the first play and then failing to get out in front of a screen.

Dieffenbach and the rest eventually settled down, though Dismukes never did anything to impress. His snap in the quarterback’s face when he wasn’t expecting it—even with the play clock expiring—is a huge no-no, and he has had snapping issues the length of camp.

The only player that has shown in-game improvement thus far is Finney, who certainly had his share of negative plays in the Hall of Fame game, but was easily the best of the bunch in terms of interior depth outside of Wallace on Friday. Were I in charge if assembling the 53-man roster right now, he would have to be on it over Hubbard.

He has a mixture of power and technique that should serve him well as he develops, and he also has proven position flexibility. At this point, it wouldn’t surprise me at all if he does end up taking Hubbard’s spot on the 53-man roster by the end of the preseason if everybody continues to trend in their current direction.