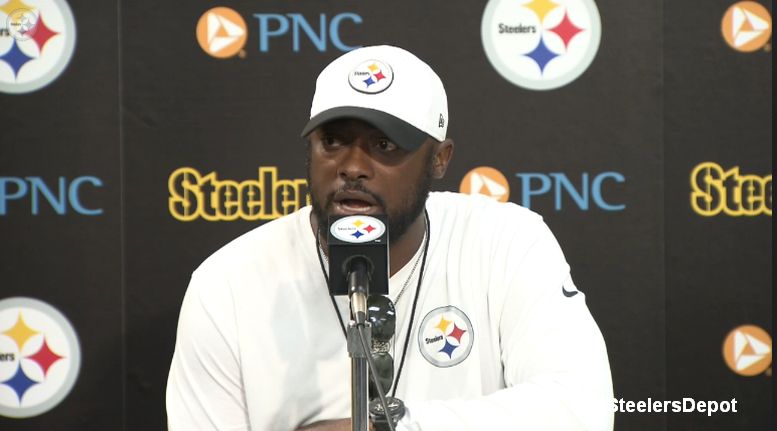 In true head coach fashion, Mike Tomlin was tight-lipped about his plans for Saturday’s game against the Buffalo Bills. He refused to rule any players out and didn’t give much of a timetable for how long he’d leave his starters in, only saying it’d be in similar fashion to last week’s game against the Green Bay Packers. Last week, the starters didn’t exit until the second quarter.

What he did comment on circled around one theme – conditioning. For Tomlin, it’s a critical component to a team’s success.

“I routinely say physical conditioning precedes anything else…look at the very best players on our team. They’re the most highly conditioned ones. They practice longer and harder and finish better than anybody else.”

Tomlin was asked if his receivers are more technically sound this year compared to 2014. He agreed with the assessment but attributed it to Markus Wheaton and Martavis Bryant having another year in the NFL, improving their conditioning and consequently, their play.

It brought the focus on rookie receiver Sammie Coates. After the game against the Jacksonville Jaguars, Tomlin noted conditioning was an issue for Coates. He expanded on that thought Thursday.

The Steelers head coach said he was happy with the way Coates entered camp but like any rookie, conditioning is one of the biggest areas to improve in.

“There’s in shape. And then there’s fanatical shape. Antonio Brown is in better shape every year than he was a year before. Sammie Coates is working extremely hard, I have no issues with his work. I have no issues by the place in which he started, to be honest with you. As a rookie, he’s probably in better condition than Martavis was a year ago. But that doesn’t mean it’s acceptable.

I’d imagine 12 months from now he’s going to laugh at the level of conditioning he was in this year. It’s just the process you go through if you’re chasing greatness. We’re trying to challenge all men to chase greatness.”