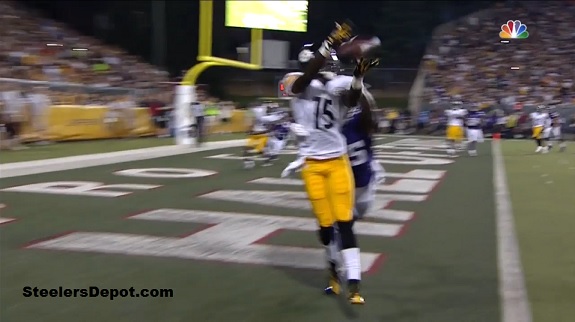 The Pittsburgh Steelers made a minor transaction a few days ago as wide receiver Devin Gardner was waived from the Reserve/Injured list with an injury settlement.

Gardner, who was originally signed this year by the New England Patriots, had initially been waived injured by the team on August 11 as he apparently suffered an unspecified injury in the Steelers first preseason game against the Minnesota Vikings. After initially clearing waivers, the drafted rookie out of Michigan reverted back to the Steelers Reserve/Injured list.

In related news, linebacker Jordan Zumwalt is now on the the team’s Reserve/Injured list as of Friday after clearing waivers. Zumwalt, who was drafted last year in the sixth-round out of UCLA, was waived injured with a groin injury on Thursday. In all likelihood, Zumwalt will be waived with an injury settlement in the coming weeks.

The linebacker spent all of 2014 on the Steelers Reserve/Injured list.