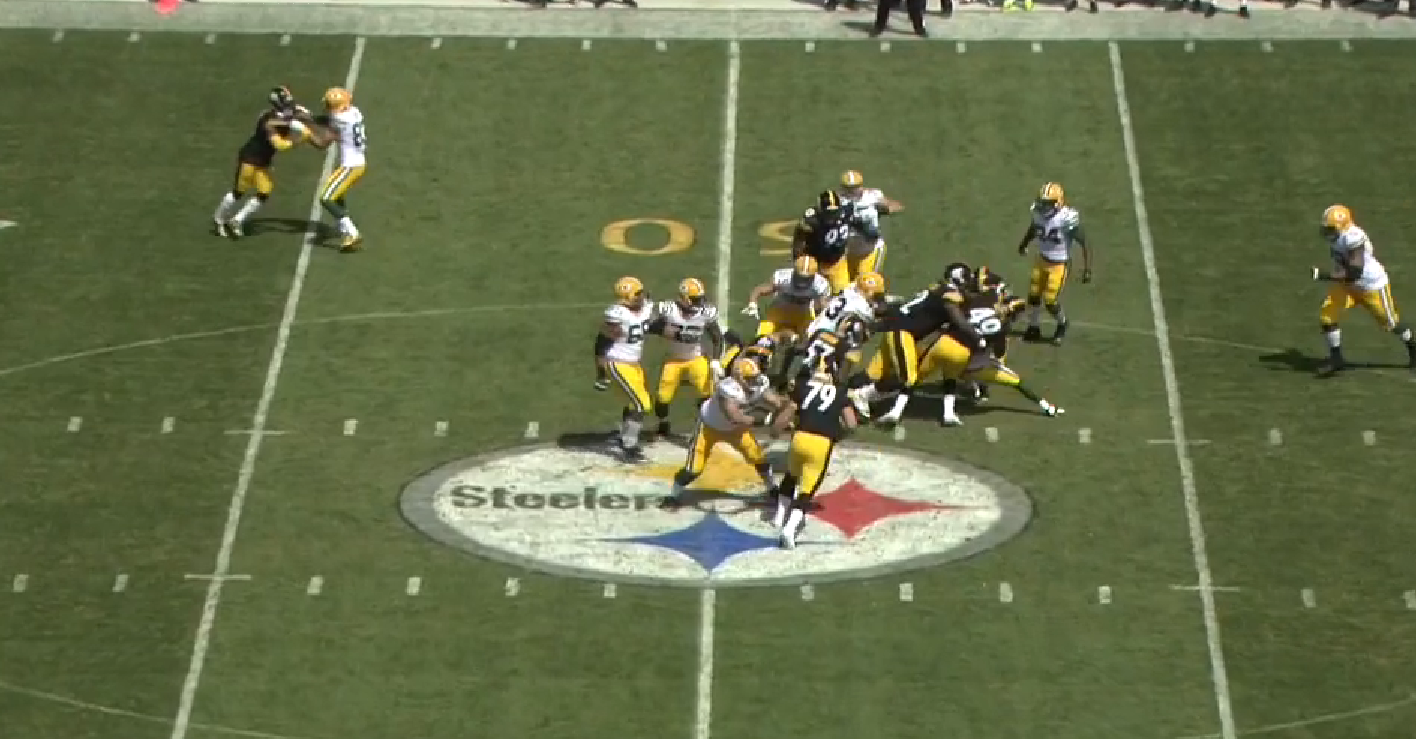 Pittsburgh Steelers second-year nose tackle Daniel McCullers finally returned to the field after sitting out the first two preseason games with a hamstring injury, and it’s fair to say that he performed well, albeit briefly, logging just a little more than double-digit snaps, registering a couple of tackles and getting good penetration as a rusher.

McCullers entered the game late in the first half, on a drive that saw him drop into coverage on just his second snap into the game. Safety Shamarko Thomas was the added rusher that assigned McCullers a zone, and the third-year defensive back managed to get home, much to the big nose tackle’s satisfaction after drawing the responsibility of covering the running back out of the backfield.

Those were his only snaps of the first half, as the defense finished the second quarter in the nickel, but McCullers was back in for the first defensive snap of the second half, showing little patience for the nonsense of a slow tackle.

After controlling the point, the nose tackle came off the block when he saw the carry coming up the A gap, in the process also tackling his teammate and bringing both players down. On a more general note, I sincerely hope that was a busted play.

On the third play of that same drive, following an illegal formation penalty on the offense, the powerful nose tackle showed some of his bull rushing capabilities, lined over the right tackle in an offset formation. Off the snap, however, he worked inside, driving the center back into the quarterback’s face, perhaps influencing the throw, which was nearly picked off.

Midway through that drive, the Steelers changed personnel, still now allowing McCullers to stay on the field in the nickel defense, bringing in L.T. Walton as one of the two down linemen on a third and 10 play. The Packers were kept from the first down, but ended up converting on fourth and four.

After being subbed out in the nickel, however, he was brought back in with the fresh set of downs, immediately registering the tackle on a three-yard carry in a pile up through the middle. It is difficult to ascertain from the provided look, but the nose tackle managed to work down the line through traffic to make the stop.

Finally, on the next third and long that the Packers were faced with, the Steelers did leave McCullers out on the field in the nickel defense. While he did not gain much penetration, he commanded a double team that left the other three rushers with one-on-one battles.

The big man stayed out for one more Packers series, which proved to be a three-and-out. He registered the tackle on a three-yard run on first down and clogged the passing lane on third down, the ball bouncing off of his extended right arm. Unfortunately, the Packers broadcast was in the middle of an interview while this play happened, and failed to provide a good look at it.