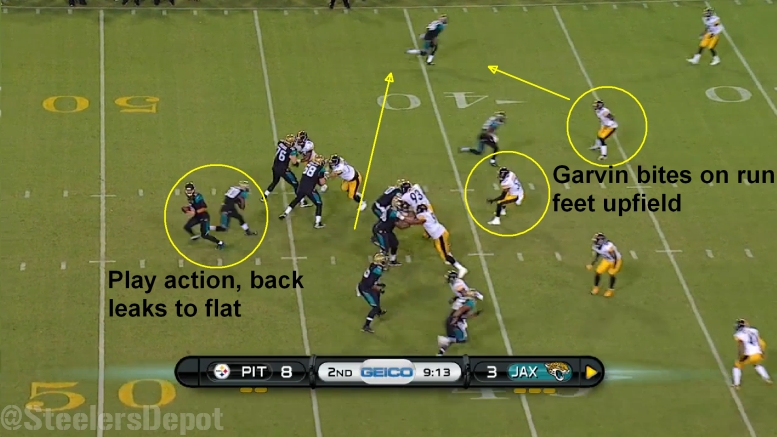 There was a time when Pittsburgh Steelers linebacker Terence Garvin managed to make the 53-man roster because of his special teams prowess. That time was 2013, when he was signed after a rookie minicamp tryout invitation workout as an undrafted free agent.

Since that time, Garvin has shown that he has the capability of being a contributor on the defensive side of the ball, and not simply arguably the team’s best special teams player.

This preseason in particular, the third-year veteran certainly looks bulked up some, which was his greatest deficiency, and has played instinctively, confirming the reports of a strong training camp.

With a couple of injuries at inside linebacker to account for, Garvin was able to see a healthy number of snaps, but perhaps not as much as he would have liked, with starter Ryan Shazier playing into the third quarter and Sean Spence also logging an even greater number of snaps. Still, the underdog had ample opportunity to show well for himself.

As a counterpoint to that, however, his entrance into the team’s last preseason game against the Jacksonville Jaguars nearly got off to an inauspicious start when he and safety Alden Darby were spared embarrassment only due to the fact that tight end Clay Harbor dropped a well-placed 22-yard pass in the soft spot of the deep zone. 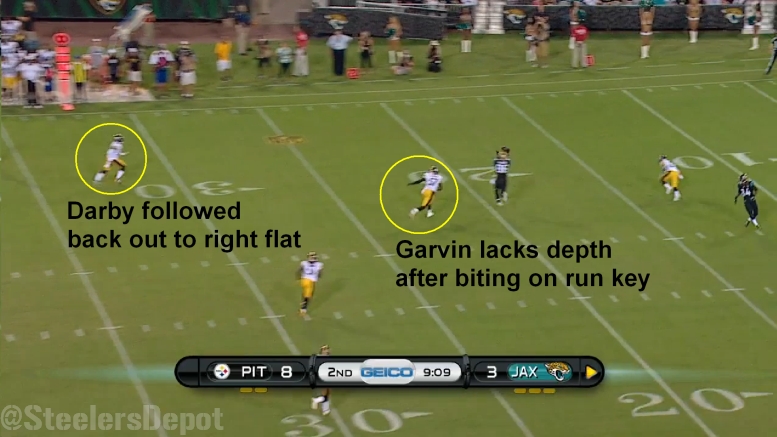 Darby was in coverage over Harbor in the slot, but released him, instead following the back out of the backfield. Garvin, in the meantime, was unable to get sufficient depth on his drop in time to defend the ball after biting on a run key that never came to fruition.

Not that there is anything particularly egregious about this play at this time of year, especially without full understanding of everybody’s assignments. The Steelers are transitioning into a more versatile coverage unit, and Garvin will be an asset to that in time, as on the play just before the Harbor drop as he quickly polished off the receiver for no yards after the catch due to his quick identification and reaction.

Following a brief appearance in that mid-second-quarter drive, Garvin did not get back into the game until well into the third quarter. Once again, he showed keen awareness in a significant situation, taking away the quarterback’s safety valve on a 3rd-and-6 play, with the pressure inducing a sack that may otherwise not have come had the signal caller found his running back exiting the backfield.

Garvin closed the quarter with impressive work in the run game, showing the necessary ability to keep his eyes in the backfield while sorting through traffic. He located the proper hole, stayed clean through the pursuit, and wrapped up the back after a one-yard gain that set up a third and long.

As previously mentioned, there is no reason to fear that Garvin will be a liability in coverage, and that is assuming he will even get on the field this season as the fifth man on the depth chart. Late in the game, he showed the ability to stick to the tight end from the line of scrimmage 20 yards down the field.

Garvin’s roster spot may be well in the safe territory simply for his special teams ability alone, but he continues to come along as a defensive player as well, and is a player who can contribute positively if necessary.