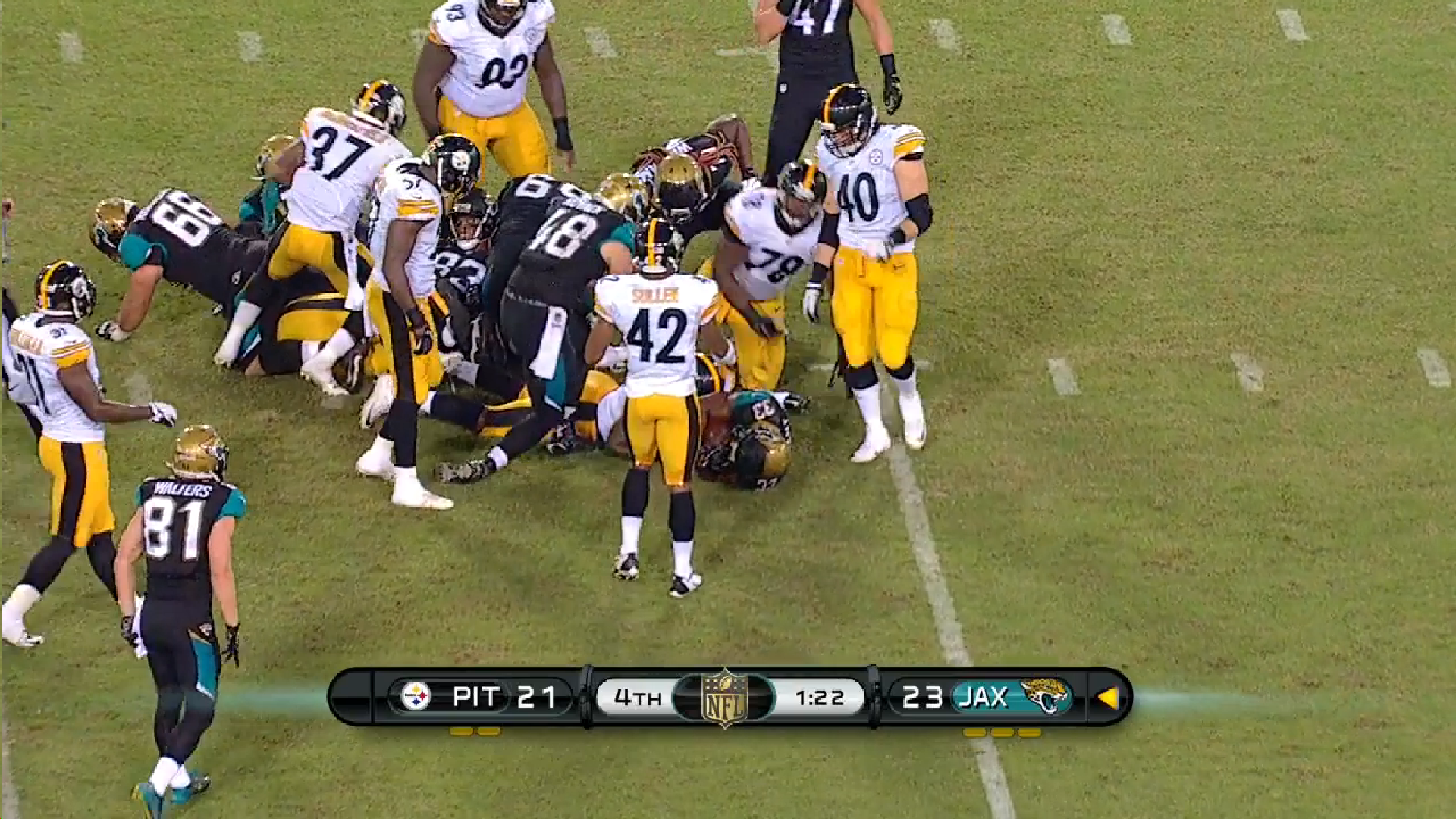 Pittsburgh Steelers rookie outside linebacker Anthony Chickillo is seemingly trying to make the team do something that they haven’t done in about 20 or so odd years, and that is to carry a 10th linebacker on the 53-man roster.

This is probably something that they realized at the time of the draft, given that they pretty well knew that they were stacked at least five-deep at inside linebacker, and that they already had an entrenched top four at outside linebacker.

So where would they find room for Chickillo, about whom they were vocal after the draft about working at outside linebacker, and not at defensive end? Well, so far, he’s been doing a great job of stating his case by playing with a great understanding of the game.

One early appearance on special teams did not go well for himself or the team, however, and that is because he was egregiously held, which helped lead directly to a big return. You can see clearly in the picture below that he was held, but a flag was not called and the return out to the 37-yard line stood. 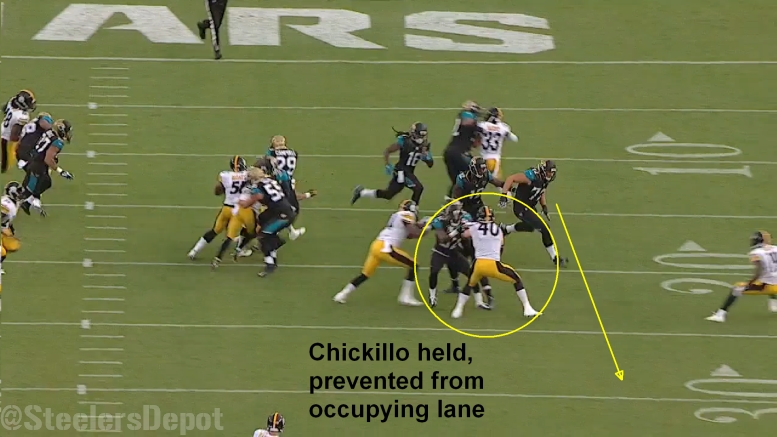 That was early in the first quarter, but he didn’t see the field on defense until well into the second half, midway through the third quarter. It was his pressure on the quarterback around the right tackle on this play that induced a sack on third down by the defensive end.

Chickillo managed to get a hand up high on the lineman and worked up the arc and bent the corner, flushing the quarterback up the pocket and into the heart of the defense.

Toward the end of the game, with the defense needing to get the ball back to give the offense one more time to take the game, Chickillo showed off some of his football acumen as the quarterback rolled out to his left.

Rather than pursuing to apply pressure, he spotted the tight end crossing behind him and overtook him in coverage, thus relieving the quarterback of his safety valve. With a lineman closing in, the throw was attempted through a closing window and fell incomplete, behind the intended target.

It was Chickillo who made the run stop on third down two plays later to force the Jaguars to punt, as well. Facing the strong side off the defensive left edge with the tight end, the outside linebacker used his quick hands to combat the end and swim around him with a showing of agility at that reduced weight. By then there was nothing between him and the ball carrier.

That play went for four yards when all was said and done, but they were also playing down and distance, and it was a 3rd-and-8 situation. Chickillo’s greatest asset at draft time was his football intelligence as a third generation athlete, but he has shown that his physical tools are not lacking either.