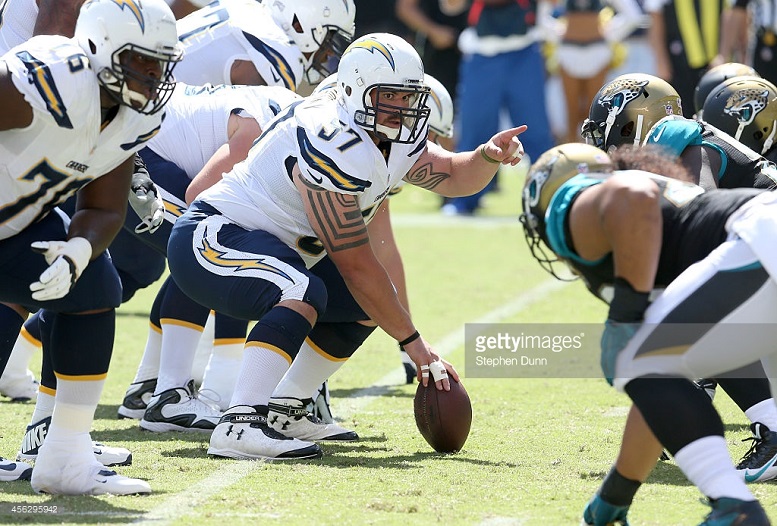 The Pittsburgh Steelers now have a familiar face back in town as center Doug Legursky was signed Tuesday morning.

Legursky, who was with the San Diego Chargers last season, will presumably back up Cody Wallace now that Maurkice Pouncey will be out for at least half the season.

Legursky spent five seasons (2008-2012) in Pittsburgh and even started Super Bowl XLV for the team when Pouncey missed the game due to an ankle injury. He originally signed with the Steelers in 2008 as an undrafted free agent. Last season, the Marshall product suffered a serious knee injury that resulted in him being placed on injured reserve.

Legursky, 29, has played in a total of 64 NFL games, making 30 starts where he played both guard and center. He started two games last season for the Chargers.

Legursky, like Wallace, is a better center than he is a guard. The Steelers had to do something, however, as it was apparent Sunday that Chris Hubbard can’t be relied on to back up Wallace.

To make room for Legursky on the roster, wide receiver David Nelson was placed on injured reserve.