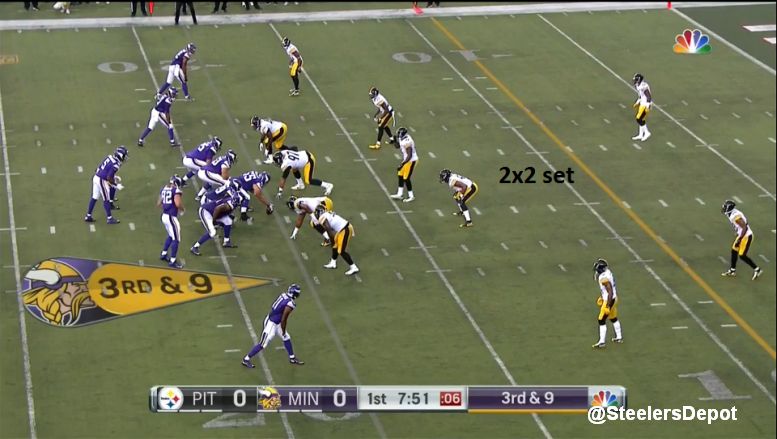 The defensive buzzword in camp was “Cover 2.” But prior to the Hall of Fame game, it was impossible to know how much bite there was to the bark. It’s still just one game, and a lack of coaches film still makes it difficult to see schemes, but there is at least something of substance to go off of today. I want to focus on one area in this breakdown, the way the Pittsburgh Steelers used their MIKE linebackers in coverage.

It was a very Tampa 2 feel. The defining characteristic of the Tampa 2 as opposed to the traditional Cover 2 is the depth the middle linebacker gets. In a Tampa 2, it can be 15-20 yards downfield, splitting the two high shell and almost acting like the third safety, breaking the coverage into thirds instead of halves.

These are old notes, not influenced at all by what I saw in the game, of rules for the MIKE linebacker in a Tampa 2. 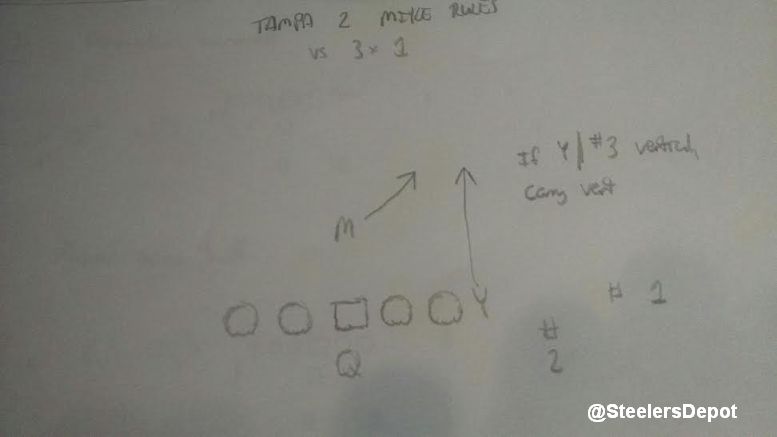 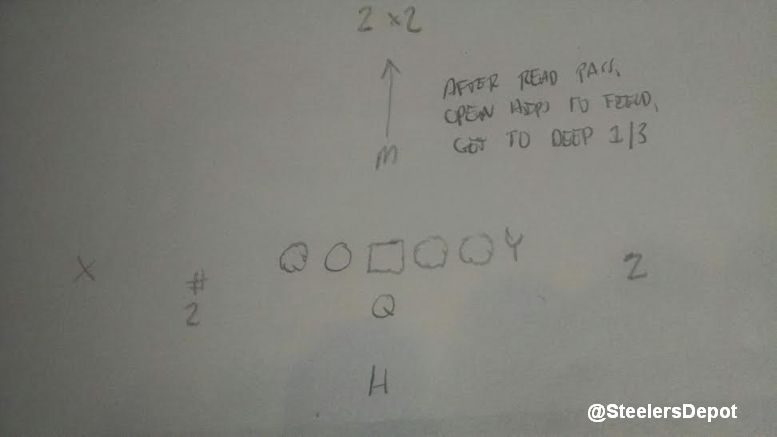 In case you can’t read my handwriting. In 3×1 sets, the MIKE backer will carry the Y should he release vertically. In 2×2, the MIKE backer reads his pass keys, opens his hips to the field, and gets depth.

And we get examples of both in Sunday’s game. The first comes on the very first play for the Minnesota Vikings. A 3×1 set. Remembering our rules, the MIKE linebacker is responsible for carrying the Y (tight end) down the seam. Lawrence Timmons reads his run/pass keys, opens his hips to the passing strength, and runs downfield with the Y releasing vertically. 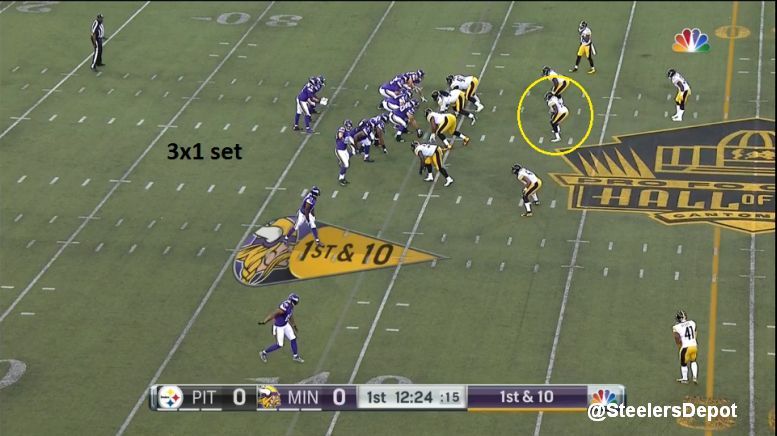 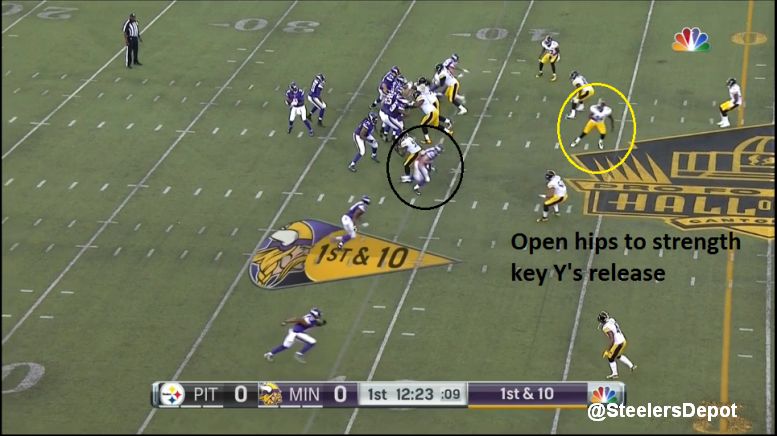 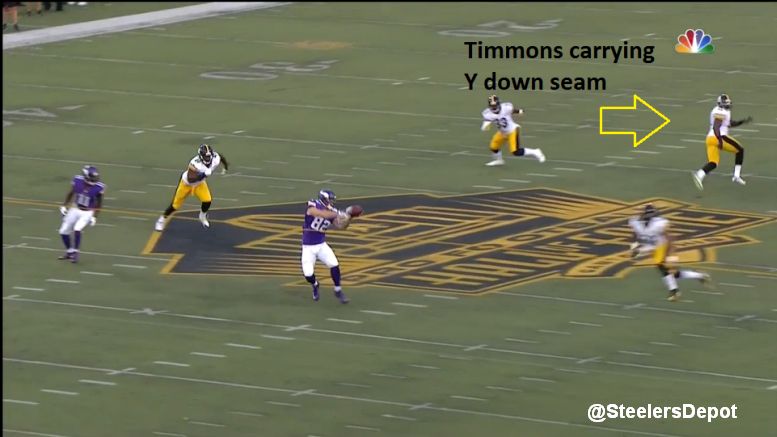 Later in the drive, the Vikings come out in a 2×2. Following our rules, the MIKE backer is going to open his hips to the field – because there’s more ground to cover so we’ll consider that the passing strength – and get depth. Read the QBs eyes and break on the throw. You can see he’s dropped about 15 yards deep before the throw, closing quickly and stopping the receiver a yard shy of the sticks. 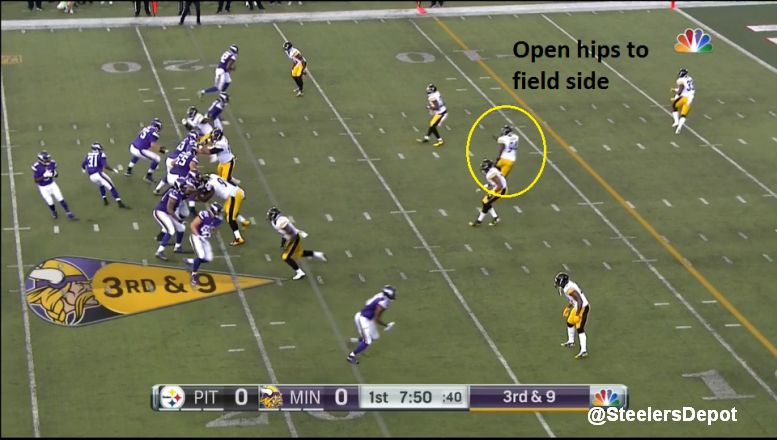 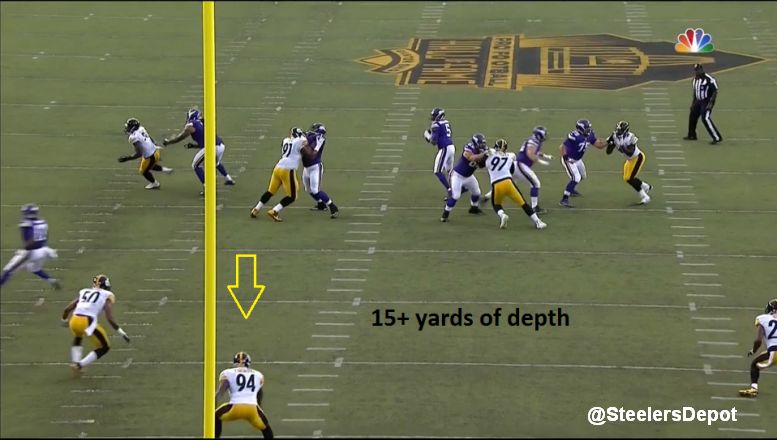 Our last example comes late in the third quarter with Jordan Zumwalt. Like in the first example, the Vikings are in a 3×1 set. Read run/pass, open your hips to the passing strength, and carry the Y receiver vertically. 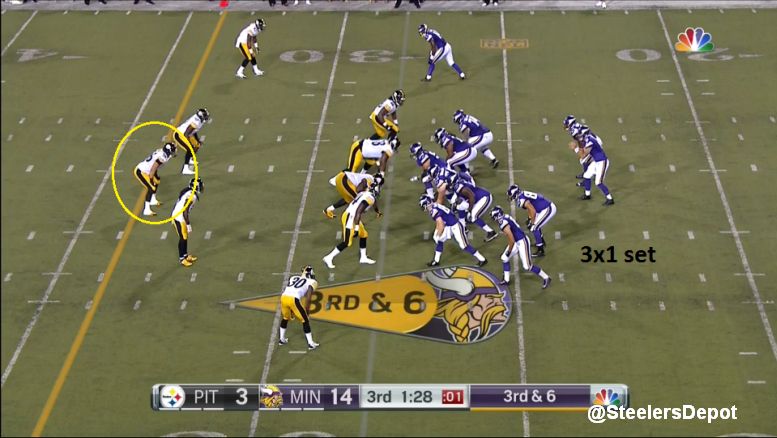 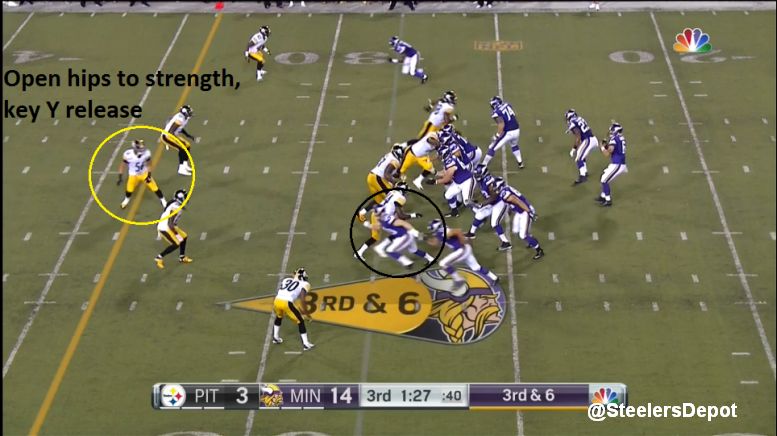 As the Y starts to bend his route to the sideline, Zumwalt doesn’t need to chase. That tight end stems into the safety’s shell and isn’t the linebacker’s responsibility anymore. 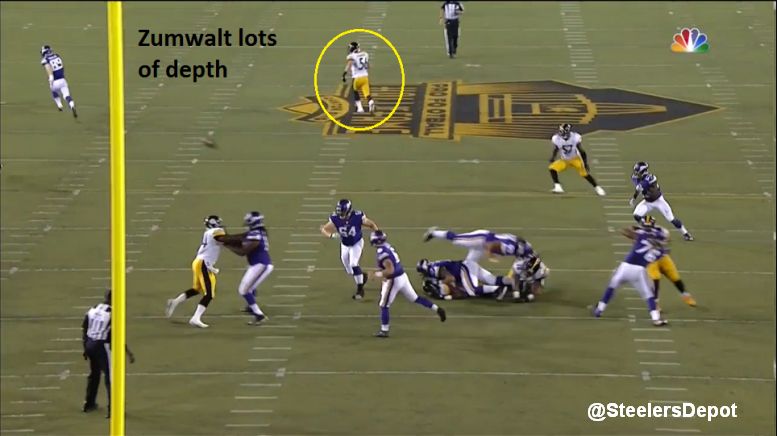 Again, you can see all the depth he’s getting vertically.

This takes strong athletes from your linebacker position and the Steelers have two in Timmons and Ryan Shazier.

Don’t mistake these three examples for strict Cover 2 but we’re getting some core principles from Tampa 2 looks mixed into Keith Butler’s defense.