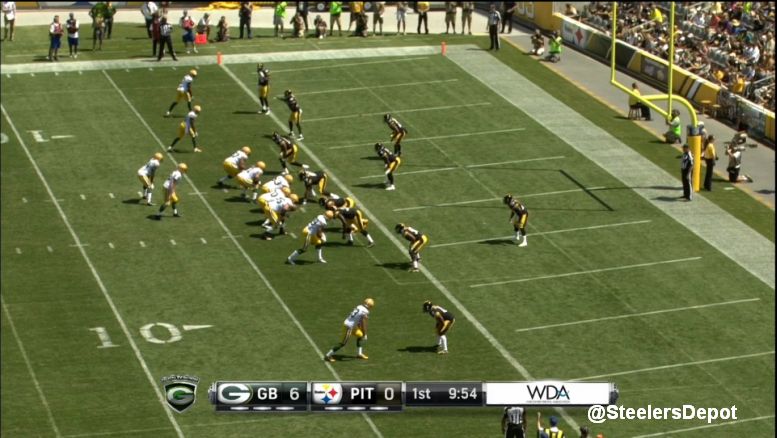 Admittedly, play breakdown during the regular season is difficult. It’s why the All-22 tape is a Godsend and I’d spend all the money I don’t have for it.

Still, we’re able to break down a couple of plays. We’ll turn our attention to the Green Bay Packers first two-point conversion from this past Sunday.

The Packers are in 11 personnel, keeping the Pittsburgh Steelers in nickel, just as the defense was during the entire first series. Stephon Tuitt is lined up as the three technique to the right B gap while Cam Heyward is the one tech to the left A gap.

With tight end Richard Rodgers lined up in the slot, the Steelers remove Ryan Shazier from the core of the formation to cover him.

It’s a draw to James Starks out of the gun with a Power O concept. The key blocks on the play.

LG – Pull, kick out the three tech
C – Down block the one tech
RG – Work to second level, seal Buck Linebacker
RT – Pass set, use inside hand to punch the OLB upfield 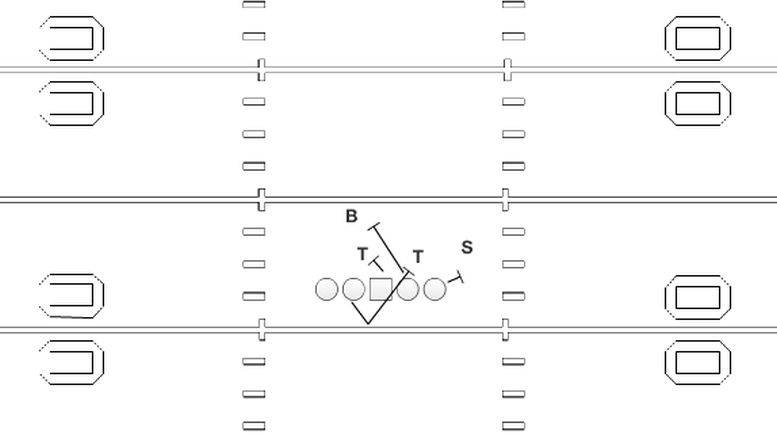 It’s an interesting wrinkle from the Packers. Typically the Power O has the guard pulling and kicking out the EMOL. But Green Bay dresses things up a little differently, with the left guard executing a short pull – basically a wham block – on Tuitt.

For the Packers, it’s a four on four matchup. With the pulling guard, four blockers to block four players: Stephon Tuitt, Cameron Heyward, Arthur Moats, and Sean Spence. With the space naturally created by forcing the Steelers into their nickel personnel, it’s easy to block. 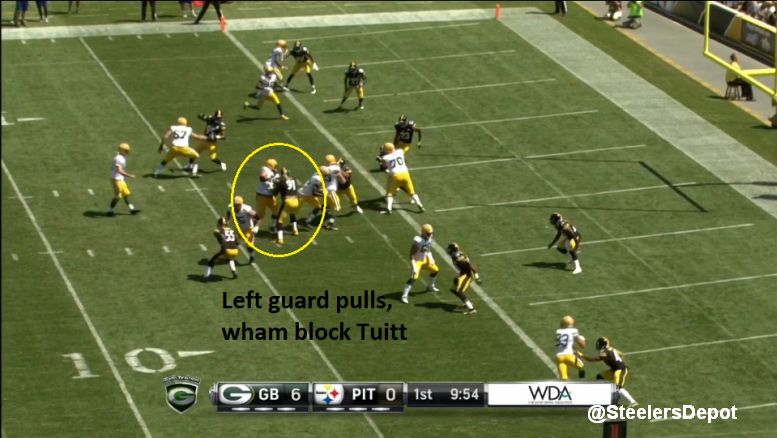 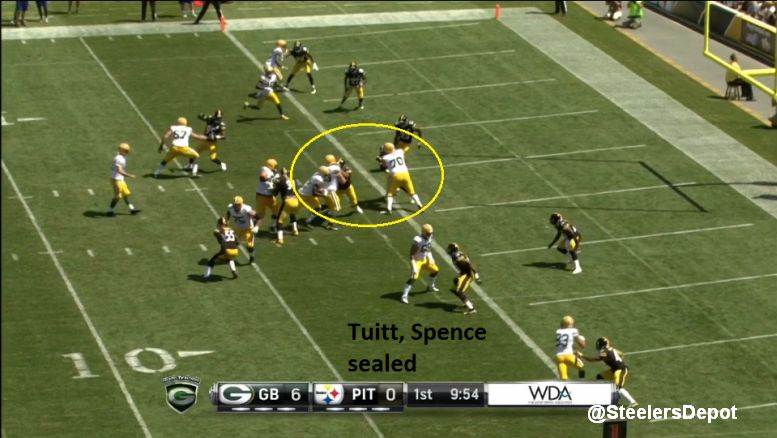 Shamarko Thomas is the only unblocked defender with a chance but with his initial depth of about six yards, and the tackle giving him a pass key (SS reads the TE or OT for his run/pass key, the tackle shows high hat on the draw) he’s late to close. On the goal line with so much space for Starks, there’s no chance to close and stop the back.

Shaizer is taken out of the play by the fact he’s been removed from the core of the fomartion pre-snap and Rodgers outside release, something Shazier has to respect.

Starks walks into the end zone. Like was the case on most of Green Bay’s running plays that drive, they had won based on pre-snap look. Looking back on it, the Steelers have zero chance of stopping it.

Football is all about angles. When you have the advantage, something the Packers did on all three of their key blocks, it’s hard to overcome. Scheme and positioning is capable of talent. And in the NFL, when the talent field is level, the team with the better scheme is going to whoop you almost every time.