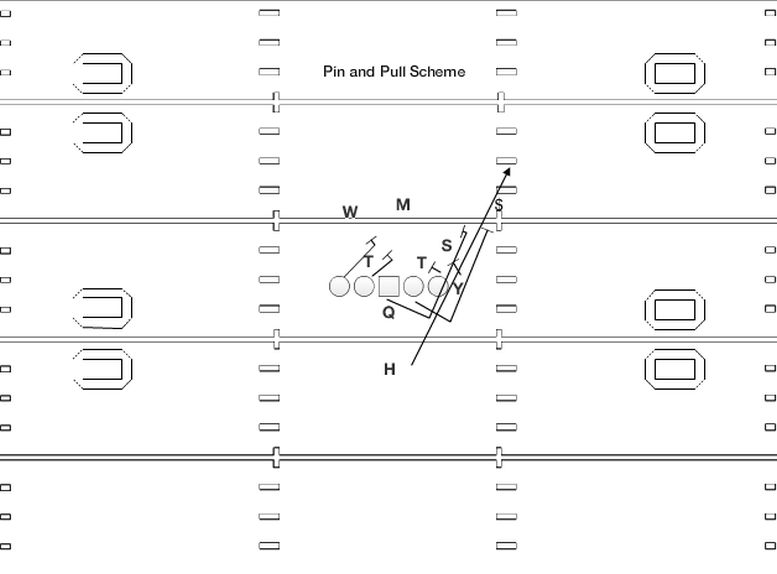 The absence of Maurkice Pouncey will be felt in several ways. The dropoff in talent from Pouncey to Cody Wallace will slightly alter what the Pittsburgh Steelers can do schematically. We’ll look at one of those plays, coidnidentally coming on the play that injured the star center.

The play the Steelers ran on Pouncey’s injury is what’s called a pin and pull scheme. It’s like a trap block on steroids. Instead of just one offensive lineman pulling, like a traditional Power O or a G Lead, two lineman will pull (the pull) with down blocks from the end men on the line (the pin).

Because of Pouncey’s athleticism, he’s able to snap, pivot and pull alongside David DeCastro.

It is a little tough to draw up the scheme without the aid of coaches tape but here’s the scheme drawn on the whiteboard below.

Quick breakdown of each player’s responsibility below.

You can see the pair of players pull below. 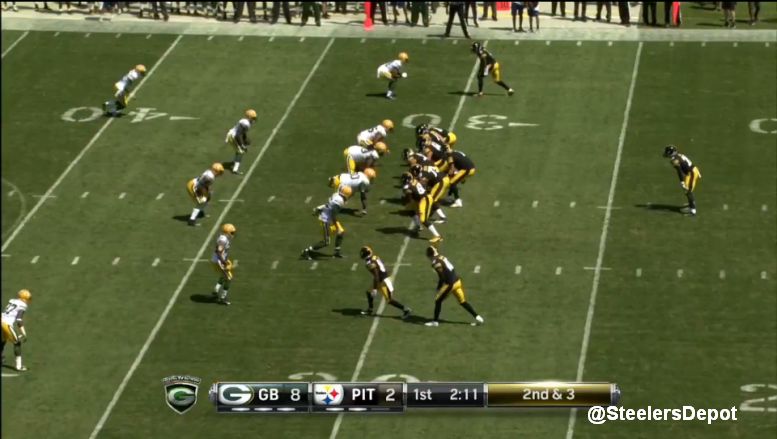 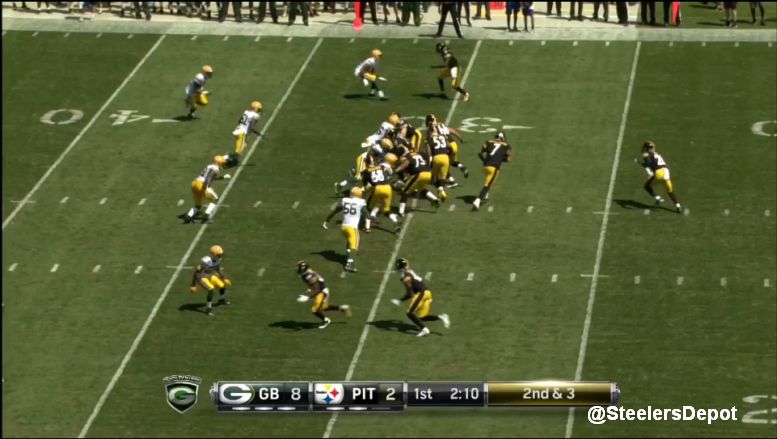 Pouncey acts as the lead blocker, in front of Bell, and that’s exactly how he winds up getting hurt after HaHa Clinton-Dix falls on the back his ankle. 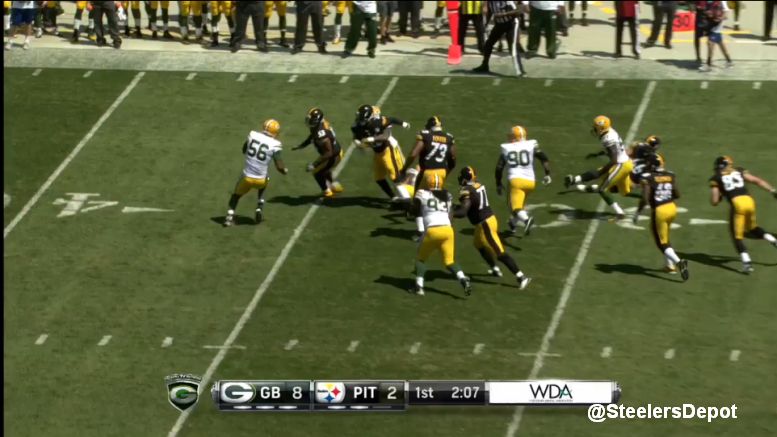 Pin and pull isn’t a staple of Mike Munchak, or any team in the NFL, but it’s another variation of his scheme, taking advantage of the unique athleticism they have in a guy like Pouncey. Only a handful of centers are able to get out into space that quickly. I’m sure the team will say Wallace is capable of doing the same, and he has pulled in similar fashion before, but it just isn’t as effective and a concept I’d be surprised to see more than once with Wallace starting.

There are some obvious disadvantages for not having Pouncey for half the season but there’s more subtle losses. Like shrinking the blocking schemes in your playbook.