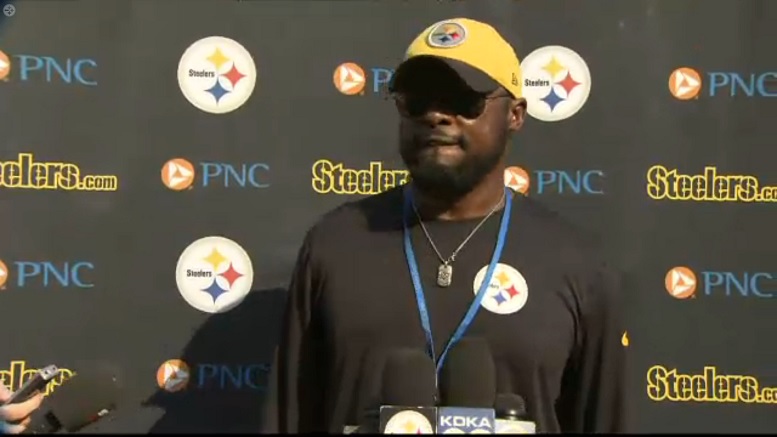 Are the Pittsburgh Steelers really intending to be more aggressive on offense this season, going for two points after a touchdown with greater frequency rather than just settling for an extra point attempt from 33 yards out? The evidence is there to make the case.

Obviously, the fact that the first-team offense went out and converted on a six-play touchdown drive to start their second preseason game, capped off by a successful two-point conversion attempt, is a key part of that body of evidence, but we also know that the preseason is a period for experimentation, and should not necessarily be read as a blueprint for the regular season.

It’s certainly likely that the loss of kicker Shaun Suisham may play a role in the Steelers’ willingness to attempt a two-point conversion with greater frequency. Suisham’s replacement, Garrett Hartley, is a veteran kicker, but he doesn’t appear to be, by any means, a one-for-one replication of what the Steelers lost.

Suisham was particularly reliable from mid-range, including where the extra point attempts are now kicked from, while Hartley has had a bit of a spotty reputation from that range. In a year in which you lose your trusted kicker and the league also shifts to a long extra point attempt, it certainly raises the question of whether or not it’s smarter to go for two.

Especially with an offense that seems as primed to explode and do big things as the Steelers currently possess, with Pro Bowlers from last season at four different positions and a few candidates for breakout players this year at wide receiver and along the offensive line.

It’s worth keeping in mind that Steelers head coach Mike Tomlin has for a number of seasons now been a proponent of modifying the two-point attempt by moving the line of scrimmage up to the one-yard line to encourage more teams to go for two. The league ended up taking the opposite approach by attempting to discourage extra-point kicks by moving them further back to increase the level of difficulty.

The combination of these three factors—a potent offense, the loss of a trusted kicker, and a head coach with a history of encouraging more two-point attempts—can all serve as evidence that the Steelers can be counted among the teams that are likely to try more two-point conversions in unnecessary game circumstances during the 2015 season, which is, of course, exactly what the league was hoping for.

It can certainly be advantageous, as we saw in the Steelers’ last preseason game. After they jumped out to an early eight-point lead, Pittsburgh transformed the scoring margins so that by the end of the game, when the Jaguars scored the go-ahead touchdown, they attempted to go for two to make it a four-point game, but failed to convert.

This gave the Steelers offense the opportunity to go down the field and kick a game-winning field goal, rather than merely sending it to overtime. Of course, that didn’t happen, but it serves as an example of how it can play into the strategy of a game.