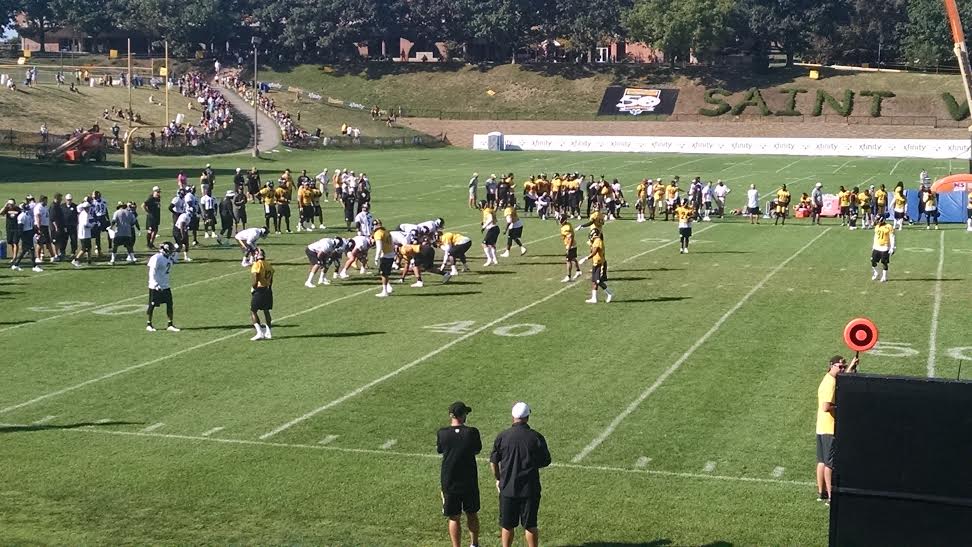 With the Pittsburgh Steelers’ training camp for the 2015 season now having concluded, and the preseason period reaching its midpoint, it’s time to reflect on what we have learned about this team during that time.

Through 18 practices and two games, a number of injuries, as well as a trade to acquire a new defensive contributor, we have gotten the opportunity to examine a number of question that the team had raised for itself coming into the summer. The biggest question now lingering from training camp is this: what have we learned?

Well, we’ve learned that the offense has a very legitimate shot at being as good as advertised. And I think we’ve also learned that Markus Wheaton will certainly not be the forgotten man so many were already painting him out to be. That is partly because we’ve seen that rookie Sammie Coates still very much has work to do.

We’ve learned that the offseason moves have improved the cornerback position, but not with the second-round selection of Senquez Golson, who had labrum surgery yesterday and may well miss the entire season.

Rather, it was the acquisition of Brandon Boykin for a conditional fifth-round pick that will play the biggest role in reshaping this defense, as he figures to work his way up to the nickel back role by the time the regular season starts.

One of the biggest questions many were asking was about Alejandro Villanueva. Can he actually play tackle? He answered that question in the first preseason game. Yes, he can. He is far from a finished product, but he has great strength and awareness, and his technique is coming along. Tomorrow we get to see him work at right tackle. Maybe even tight end, who knows.

Will Cam Thomas make the roster? Most of Steeler nation would have pulled their hair out in response to an affirmative answer to that question a month ago, but he has clearly shown himself to be one of the six top defensive linemen on the team, salary be damned. This was, of course, a battle partially determined due to injury as well.

How will Bud Dupree look? Raw, but we knew that. He hasn’t shown much in two preseason games, but this answer is still very much incomplete. Anthony Chickillo, on the other hand, has been very impressive and exceeded expectations, perhaps by such a degree that he forces the Steelers to carry 10 linebackers when all is said and done.

Will any of the rookie undrafted offensive linemen step up? This has to be another incomplete for now, but Chris Hubbard’s poor performance so far is really helping to leave the door open. At the moment, I have B.J. Finney emerging from the pack after being the only interior reserve behind Cody Wallace to show absolutely anything in two games.

There is one question that is still very much unanswered, and has an entire nation at the edge of its seat, as Australian punters Brad Wing and Jordan Berry face off in a weekly competition for the job. This one will likely go down to the wire.