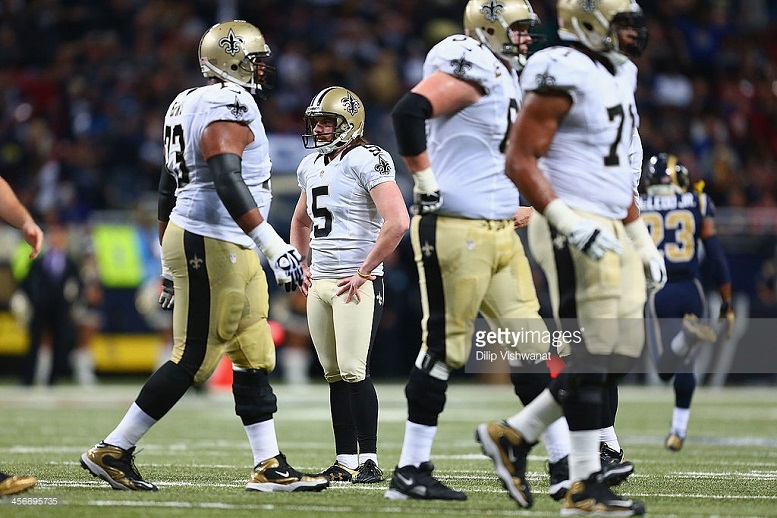 The Pittsburgh Steelers signed veteran kicker Garrett Hartley on Tuesday to replace injured kicker Shaun Suisham and while the 29-year-old has been erratic at times during his long career with the New Orleans Saints, he appears to be somewhat reliable on grass.

According to Brett Huston of Stats.com, Hartley has a career 88.6% field goal rate on on grass as opposed to just 78.3% on turf. Additionally, the only kicker with a better career percentage on grass (min. 25 attempts) than Hartley is Baltimore Ravens kicker Justin Tucker (94.1%).

Garrett Hartley’s numbers not great overall, but this is interesting. Career 88.6% rate on FGs on grass, just 78.3% on turf. Odd. #Steelers

The only kicker with a better career FG% on grass (min. 25 attempts) than Garrett Hartley is Baltimore’s Justin Tucker (94.1%). #Steelers

Granted, these are small sample sizes. Hartley’s only attempted 35 FGs on grass. But 11 of #Steelers‘ 16 games this season will be on grass.

Huston pointed out that 11 of the Steelers games this season will be on grass. It should be noted, however, that he has never kicked at Heinz Field during his career.

With four preseason games still remaining, the Steelers will be able to get a long look at Hartley. Additionally, all four of those games will be played outdoors with two of them coming at Heinz Field.

The Steelers are in no way married to Hartley, so if he fails to impress, the team can certainly replace him by the start of the regular season. Unlike the Steelers, several teams around the league currently have two kickers on their 90 man rosters this year so you can bet there will be a ton of scouting going on over the coming weeks.