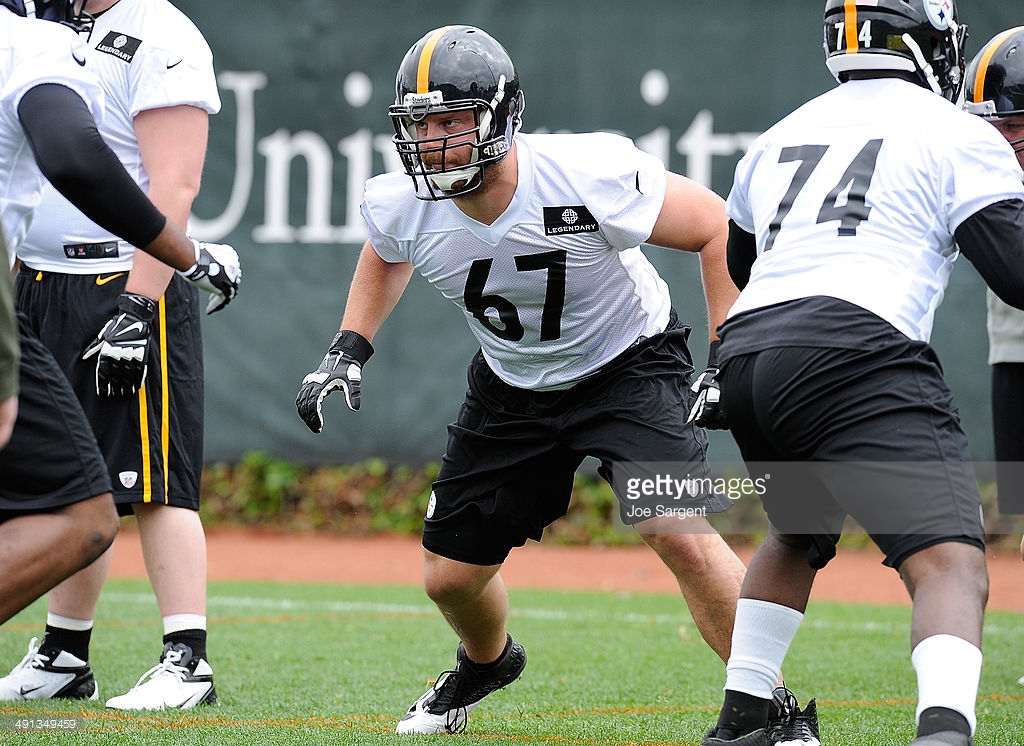 If you listened to The Terrible Podcast Monday evening, I floated the idea of the Pittsburgh Steelers hunting for a ninth offensive lineman. Mike Adams has remains on the PUP following surgery. Who knows, maybe he suffers a setback and starts the year on reserve/PUP. Chris Hubbard and the slew of undrafted offensive lineman have failed to leave a positive impression two games in.

This is where pro personnel members come in. They keep tabs around the league and help recommend players for the coaching staff to bring in. They’re the ones who monitor the transaction wire and help keep Mike Tomlin and Kevin Colbert in the loop about who is going to be available to them. Over 800 players are going to be cut. That’s quite a list.

In 2013, it appeared the Steelers would keep John Malecki as the final lineman on the 53 man roster until the team signed Wallace following the final cutdown, Wallace released from the Tampa Bay Buccaneers.

With that in mind, here are four candidates for the Steelers to look at come the final cuts. I don’t claim to have the best pulse on the rest of the league but I made sure to only include players who are on the bubble. Ones you could reasonably expect to be cut before Week One.

Hello, old friend. Remember the Steelers placed him on their initial 53 man roster, tried to stash him on the practice squad when injuries elsewhere occurred, and got burned when the Jets claimed him off waivers. During the 2014 training camp, Johnson got work at left tackle, left guard, and center, and his versatility dates back to his time at Vanderbilt.

Johnson will be fighting Oday Aboushi, Brian Winters, 2015 fifth rounder Jarvis Harrison, among others for the last remaining roster spots. According to this prediction from NJ.com, they have Johnson getting the axe. It could create a quick return for the 2014 fifth rounder.

Vandervelde’s most notable NFL moment is a back injury that robbed him of a chunk of last year. But he has the center/guard capability the Steelers look for. He played under Kirk Ferentz in Iowa, who regularly churns out high-profiled offensive lineman. Vandervelde’s ceiling isn’t high but as a ninth lineman, he would offer a small upgrade over Hubbard.

Bleeding Green Nation leaves him off the Eagles’ roster. Looking over their depth chart, the team has a lot of options at guard. Some talent from that group is getting cut.

Many of you may be very familiar with McGlynn. A former Pitt Panther, at age 30, he’s one of the veterans on our list. McGlynn isn’t particularly talented but he’s started 48 career games and has played all over the interior offensive line. It includes over 800 snaps with the Kansas City Chiefs last year. Having another version of Wallace would create a lot more comfort at the back end of the roster.

The Saints’ blog on Fansided leaves the veteran swingman off their 53.

The only downside is the relatively high cost. If the team claimed him off waivers, he’d be owed 870K, 360K more than what Hubbard is under contract for. It’s a relatively high price for a ninth offensive lineman.

Barnes wasn’t tendered by the Rams but re-signed less than a month later to a one-year contract. At over 6’3 and 300 pounds, his size is a little more on par to Wallace. He spent most of his time in St. Louis playing on special teams but logged over 250 snaps in 2013, mostly seeing time at center. He’s the least versatile, with a very limited background at guard, and perhaps the least likely to get cut, but will get scooped up somewhere if the Rams sever ties.

A quick search fails to show any recent roster predictions – come on Rams’ nation! – but this one from ESPN right before camp left Barnes off. So there’s a chance.