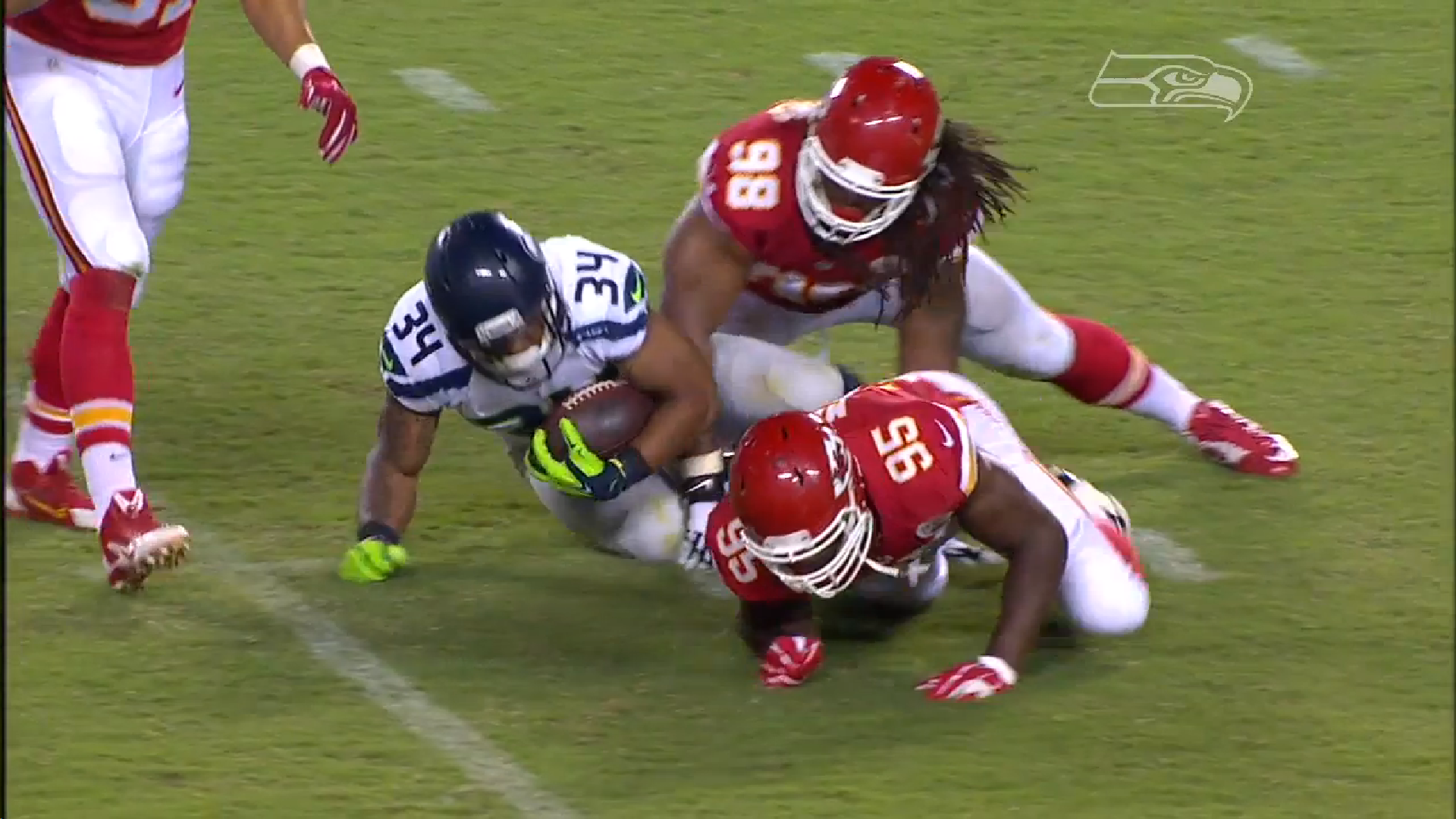 Former Pittsburgh Steelers defensive end Nick Williams is playing with Hebron Fangupo in Kansas City. Josh Mauro is playing with Alameda Ta’amu in Arizona. And offensive lineman Wesley Johnson is out in New York playing with himself.

With questions over depth at both the offensive and defensive lines, it is not inconceivable that Pittsburgh would entertain the notion of bringing these players back, should they become available again.

Each is currently regarded as on the roster bubble with their respective teams at the moment, though things could change, both for them and for the Steelers, by the end of the preseason. We will check in with each of them now, however, to see how they are doing, beginning with Williams.

Williams was a 2013 seventh-round draft pick, whom defensive line coach John Mitchell was quite fond of, describing him as a big man who can run and who stayed on his feet. He is certainly still a big man.

In fact, he seems perhaps a bit too big, as it doesn’t seem to me that he moves with quite the same ease as he showed last year in the preseason. He also ended up on the ground a number of times against the Seahawks in the Chiefs’ second preseason game, some plays from which are highlighted below.

Williams, wearing 98 in Kansas City, played the entire length of the second half, at both defensive end spots, and even rushed from the interior on occasion. He was officially credited with two tackles and a sack, but that does not exactly tell the full story.

Below is one of the two plays on which he was given credit for a tackle. The other tackle is not even noted in the play-by-play, and frankly, I didn’t see it, so it may well have been an error. And he did not make the tackle on this play, either. Facing a third and two, Williams lined up in the play side A gap, getting knocked off the line by a double team from the left guard and tackle. The running back ran off the back side of the tackle, who was sealing Williams inside, so how he could have possibly been credited the tackle is beyond me. He was manhandled and sent to the ground on the play.

On the second defensive play of the fourth quarter, Williams, lined up at right defensive end—to spot him with ease, he has long hair—after moving over from the left side on the previous play. The lineman was unblocked, but was easily outmaneuvered by the running back in the backfield, readily showing his frustration after the miss.

On the first play of the Seahawks’ next drive, Williams is actually lined up at defensive tackle, though shifted over to the left, as a three technique over the right guard. Off the snap, the center reached out and double teamed him with the guard, sending him once again onto the ground.

With the Seahawks facing a second and inches scenario, the Chiefs countered with their nickel defense, with Williams again over the right guard. This time it was the right guard and tackle who double teamed him, escorting him out of the hole with ease on what ended up as a 12-yard run.

In fairness, he stunted inside at left defensive end on the following play and was in position to make a tackle for loss, had a teammate not gotten there first. He also sealed a 14-13 victory with a sack, though it was a play driven entirely by circumstance.

Down one, on their own 22, with no timeouts and 16 seconds remaining, there were not many options. Williams was one of four rushers, and he ultimately inadvertently spun away from a double team and into the quarterback.

I will admit that I was hoping to see a better performance from Williams in this game, who is currently listed as the second-team left defensive end. For the moment, he may be skewing toward the inside of that bubble, but that is with Jaye Howard, at 6’3”, 301, listed as the starting nose tackle with Dontari Poe on the road to recovery.

In other words, he may indeed find himself outside of the bubble with all healthy men on deck. And while it doesn’t seem likely that the Steelers would favor him over L.T. Walton for the sixth defensive lineman spot on the 53-man roster, it would make sense to retain him on the practice squad if the opportunity arose, assuming that he is released and goes unclaimed.